Jets Mailbag Version 7: Will Andrew Copp Be Traded? Where Does Kristian Vesalainen Fit In? Should the Jets Be Worried About Kevin Cheveldayoff? 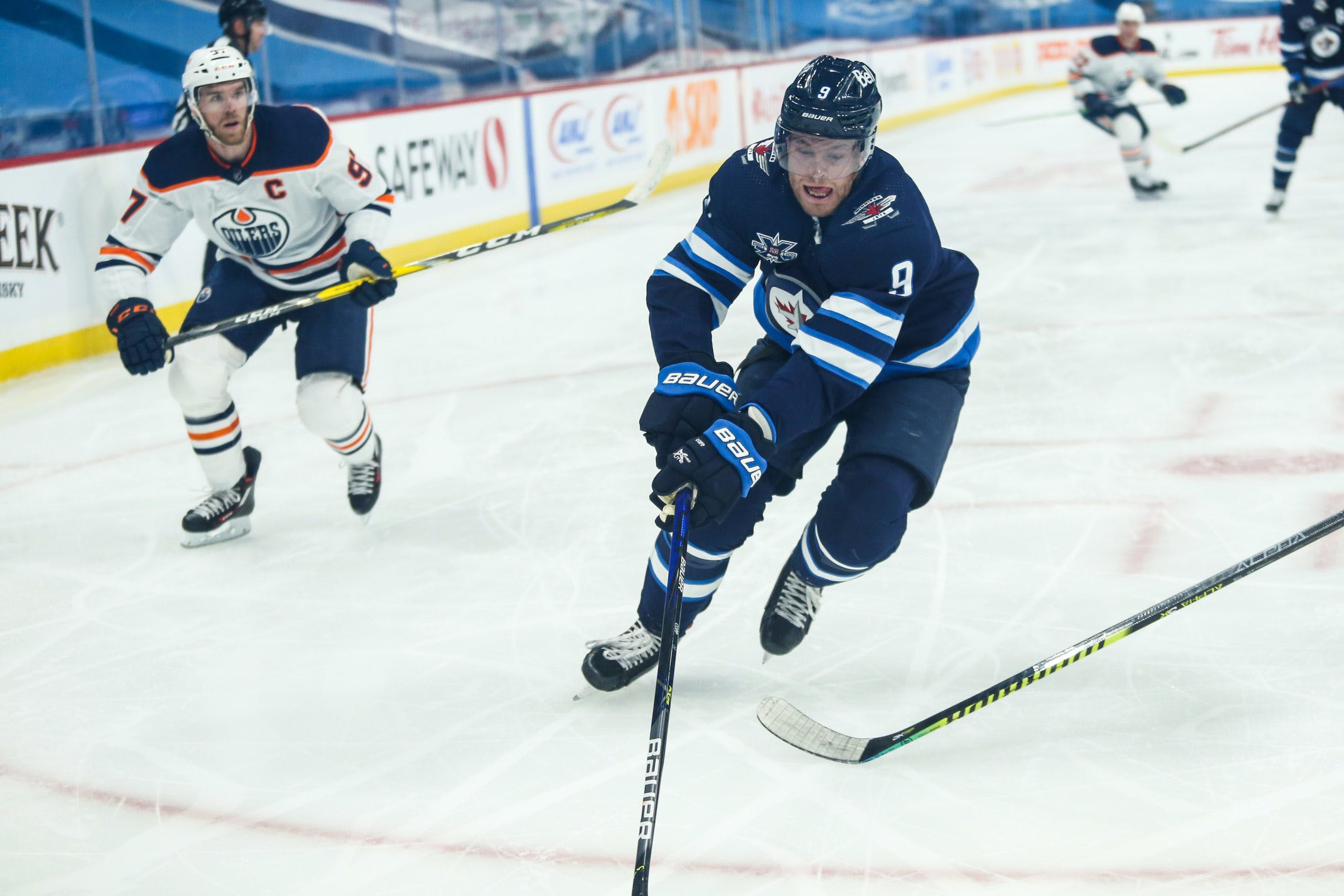 By Thomas Hall
1 year ago
The dog days of summer have officially arrived, which means we’re already halfway through the off-season. In just over a month, players will begin reporting for training camp and will be attempting to prepare for the upcoming season.
While summer is nearing the home stretch, there are still a few question marks surrounding the Winnipeg Jets that’ll need to be answered over the next four weeks or so. Though that may seem like a fair amount of time, it’ll probably end up flying by very quickly, especially since this off-season was already shortened to begin with.
So with training camp just around the corner, here are some questions fans of this team have been wondering over the last week:

Will Andrew Copp Be Traded Before Next Season Begins?

Well, it’s not a done deal yet, but it doesn’t look good on that front. Since forward @Andrew Copp is currently a restricted free agent with arbitration rights, the Jets will be able to continue negotiating a new contract with him right up until the date of his hearing, which is set for Aug. 26.
But considering Copp is only one year away from becoming eligible for unrestricted free agency, there’s a ton of pressure on the front office to lock him up before both sides meet with an arbitrator, guaranteeing that the 27-year-old won’t hit the open market after the 2021-22 campaign. The tricky part of that plan is that defenseman @Neal Pionk is also a restricted free agent who’s eligible for arbitration, and his hearing is scheduled for Aug. 13.
Making things even more challenging, Winnipeg doesn’t feature much cap space right now as they’re currently set at approximately $4.5 million, according to PuckPedia.com. Even with veteran @Bryan Little’s $5.29 million cap hit slated to be placed on long-term injured reserve, that still doesn’t provide management much breathing room to retain both of these impact skaters.
Considering Copp enjoyed the top statistical performance of his career last season, resulting in career-highs in goals (15) and points (39), chances are he’ll be aiming to receive a significant raise from his previous $2.3 million salary. Based on the current market, there’s a strong chance he might be able to double his 2020-21 salary, which could potentially force him out of town.
If the Jets were to entertain a possible trade, it’d make sense for them to package Copp and a young defenseman together, perhaps someone like @Sami Niku, in return for a younger and less expensive top-six forward.
Ideally, the 6’1″ forward would return to the club’s third line alongside teammate @Adam Lowry, but unless he’s willing to take a team-friendly discount, it seems the former fourth-round pick will likely be on the move in the near future.

Is There Still a Role For Kristian Vesalainen?

Absolutely, yes. With limited salary cap flexibility, there may be a need for forward @Kristian Vesalainen more than there has ever been previously in his young career.
Since skaters like @Mason Appleton, @Nate Thompson, @Mathieu Perreault and @Trevor Lewis will all be playing elsewhere next season, the Jets have been forced to rebuild the majority of their bottom-six forward group this off-season. Having said that, most of the work they’ve done has come from inside the organization, meaning management is expecting multiple young forwards to emerge into key roles in 2021-22.
This is where Vesalainen factors into the equation, he only played 12 NHL games last season but displayed some encouraging flashes that he could be capable of earning regular playing time in the future. Though it’s unclear where he’ll be positioned, it’d make plenty of sense to provide the 22-year-old an opportunity to compete for a spot on the third line, especially since he’s posted 17 goals and 48 points through 88 career games with the Manitoba Moose.
But at the very least, the 6’3″ forward will likely spend time on Winnipeg’s fourth line, almost certainly allowing him to surpass his previous career-high in games played (17) at the NHL level next season.

Does Kevin Cheveldayoff Have Anything to Worry About Regarding the Chicago Blackhawks’ Scandal?

At this current time, not likely. When asked about this ongoing investigation a few weeks ago, general manager Kevin Cheveldayoff explained that he had “no knowledge of any allegations involving Mr. Aldrich” during his time with the Chicago Blackhawks, which spanned across two seasons from 2009-2011.
In addition to these comments, Cheveldayoff also admitted that if he’s contacted by investigators he’ll fully cooperate and provide them with any information they need.
So unless this investigation proves that Cheveldayoff knew players were being sexually assaulted by the Blackhawks’ former video coach and shows he participated in this inexcusable coverup, which remains to be seen, he and the Jets’ organization don’t have anything to worry about.

This may surprise some of you, or maybe it won’t, but I think @Nikolaj Ehlers wins this battle for the first time in his career next season.
Since both players became full-time regulars at the NHL level in 2017-18, forward @Kyle Connor has outscored Ehlers in even-strength goals every single season. But in 2020-21, Connor only won this competition by a single goal and participated in nine more games than his counterpart.
So assuming Ehlers can stay healthy throughout next season, chances are it’ll finally be his turn to earn recognition as the club’s top goal scorer during even-strength situations.
Uncategorized
Recent articles from Thomas Hall