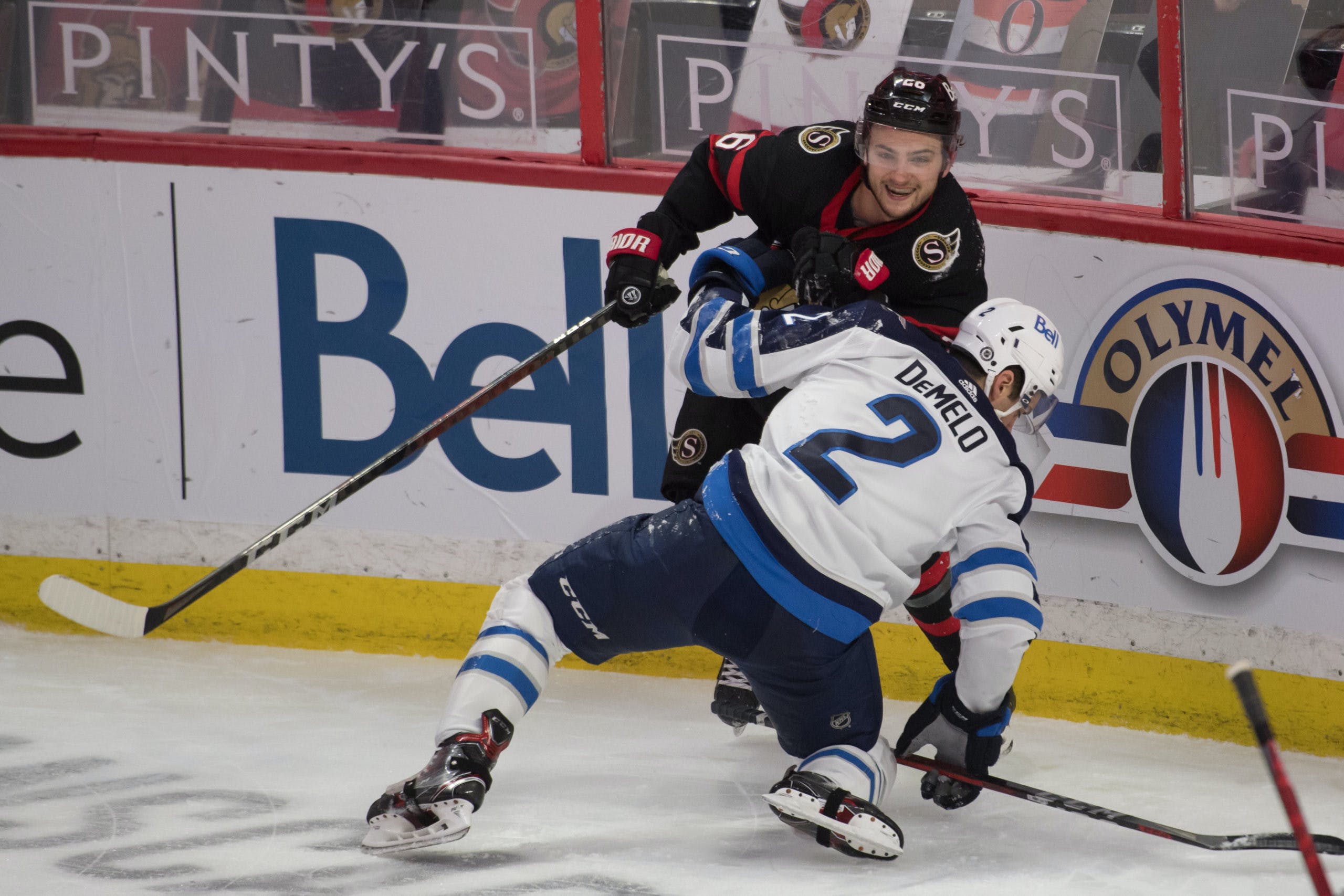 By Thomas Hall
1 year ago
The craziness of the NHL off-season has begun. Two weeks haven’t even passed since the Tampa Bay Lightning capture their second straight Stanley Cup championship, and yet, several high-profile skaters have already changed teams and there also a handful of notable players who’ve been exposed ahead of the upcoming expansion draft.
For the Winnipeg Jets, some rumblings suggested they were attempting to trade forward @Mason Appleton before the league-wide trade freeze commenced Saturday afternoon, however, nothing ever materialized on that front. So Appleton remains with the organization, at least for now.
But once the Jets released their player protection list Sunday morning, that’s when the frustration started to boil over for the fanbase and has seemingly left them searching for answers, which brings us to this week’s mailbag.

Should Winnipeg Have Asked Blake Wheeler to Waive His NMC?

Probably, yes. Exposing high-priced skaters who are beyond 30-years-old has emerged as a new trend across the entire league this summer, as players like @Ryan Getzlaf, @Matt Duchene, @Jakub Voracek, @Vladimir Tarasenko, @Kevin Shattenkirk, @Mark Giordano, @P.K. Subban and others have been left unprotected.
Considering captain @Blake Wheeler is signed through 2023-24 and comes with a cap hit of $8.25 million per season, according to PuckPedia.com, chances are he probably wouldn’t have been chosen by the Seattle Kraken, especially since he’ll be entering his age-35 season in 2021-22. Adding to this, he also endured the worst defensive performance of his entire career this past season, making him even less likely to be selected.
Sure, general manager Kevin Cheveldayoff and his staff probably didn’t want to take the chance of potentially losing Wheeler during the expansion draft. But would that have been such a terrible outcome if it did happen? Who knows if the one-time All-Star even finishes his current contract, and how much further is he going to decline over the next three seasons?
Furthermore, by exposing the veteran winger, Winnipeg could’ve instead protected defenseman @Dylan DeMelo, who was surprisingly exposed after enjoying a fairly productive showing in 2020-21. Now, there’s a chance they could lose him for absolutely nothing in return except for a tiny chunk of cap space.
If DeMelo is selected by the Kraken on Wednesday, the Jets may regret not being more creative ahead of time to try and keep one of their top blueliners in the “True North.”

Have We Seen the Last of Dylan DeMelo in a Jets’ Uniform?

Hopefully not, but it’s possible. One of the biggest reasons why it’s so risky to expose DeMelo is because the Kraken are an organization that values analytics and can truly appreciate the 28-year-old’s craft.
Not only can the right-hander make a strong defensive impact during both five-on-five and penalty-killing situations, but he’s also an effective puck mover who can help advance it up the ice, leading to additional scoring chances for his teammates. The Jets witnessed these exact traits numerous times this past season when the 6′ 1″ defenseman was paired with @Josh Morrissey and @Logan Stanley.
Considering Seattle will be required to select at least nine defensemen, it’s hard to imagine their front office passing on the opportunity to acquire an experienced blueliner who’s reliable in the defensive zone and can also be utilized in a top-four role. Adding to his value, DeMelo is signed to a very team-friendly contract as his deal features a $3 million cap hit per season through 2023-24.
The Kraken could end up choosing Appleton, which would create a sizeable hole on the Jets’ third line, but taking DeMelo would probably be the wisest decision for their organization. That being said, we’re still two days away from those selections being released to the public. So don’t start panicking just yet.

What are the Most Likely Defensive Pairings For Next Season?

Ok, for the sake of this article, let’s assume DeMelo isn’t selected by Seattle during the expansion draft (I’m attempting to write this into existence). As a result, Winnipeg would escape this process without losing him or Stanley.
Without projecting any off-season acquisitions, here’s what the Jets’ defensive pairings could look like in 2021-22:
Morrissey-DeMelo
Heinola-Pionk
Stanley-Beaulieu
Kovacevic
Obviously, the front office will probably acquire a defenseman or two this summer, but it wouldn’t be shocking to see @Ville Heinola force his way into the lineup regularly next season. As for @Johnathan Kovacevic, who was named the Manitoba Moose’s Top Defenseman in 2020-21, he’s slated to become a restricted free agent and will also be arbitration-eligible. So the right-hander could make his NHL debut in 2021-22.

Sure, but it probably won’t happen. The Kraken have until 7 am ET Wednesday to exclusively negotiate with all unrestricted free agents who weren’t protected by their original clubs. If any player agrees to a deal during this period, they’ll count as a selection for the expansion draft.
For the Jets, @Nate Thompson, @Mathieu Perreault, @Trevor Lewis, @Paul Stastny, @Derek Forbort, @Jordie Benn, @Tucker Poolman and @Laurent Brossoit are all eligible to negotiate with Seattle’s front office. But since both Appleton and DeMelo are available, chances are none of these UFAs will receive a contract offer until free-agent frenzy begins.
Uncategorized
Recent articles from Thomas Hall