Jets Mailbag Version 4: Do the Jets Select Top Available Player at No. 17? Deciding Between Carson Lambos and Corson Ceulemans, Would Tyler Bertuzzi Fit in Winnipeg? 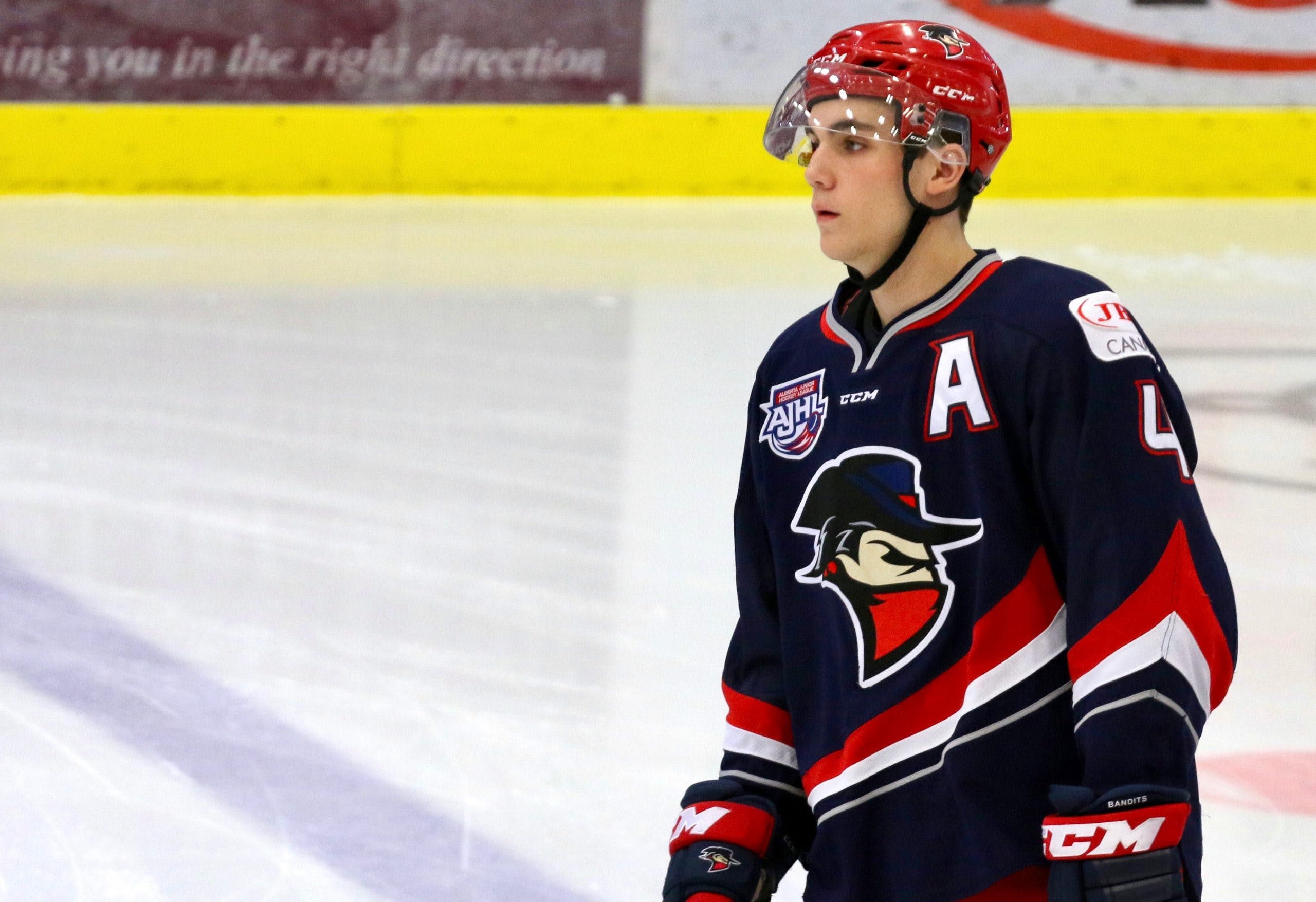 By Thomas Hall
1 year ago
The Stanley Cup has finally been awarded, although it’s not going to a new home as the Tampa Bay Lightning have become the 17th franchise in league history to capture two straight championships.
Yes, the Lightning deserve a ton of credit for being able to win back-to-back Stanley Cups during the salary cap era, which is extremely difficult to accomplish. But from the Winnipeg Jets’ perspective, this fanbase appears to be a little frustrated with what’s transpired in the Sunshine State over the last two seasons, especially since their team has never reached the Stanley Cup Finals.
Putting this organization’s playoff struggles on the back burner, we’re just one week away from the madness that’s set to begin with the Seattle Kraken Expansion Draft, which will take place on Jul. 21. Then just a few days later, the 2021 NHL Draft will commence and that’s exactly where this week’s mailbag will begin. So let’s dive in.

Do the Jets Target the Best Player Available in Round One? Or Choose By Positional Need?

This is a question that’s usually pondered across the league during this time of the year. What makes more sense?  Select the best skater available when you’re on the clock in the first round. Or make that final decision based on the organization’s positional needs.
For most front offices, drafting the most talented player available regardless of his position is usually the wisest decision. Considering where the Jets are positioned in this year’s draft – 17th overall – they could potentially select a skater that addresses both of these concerns.
Without question, Winnipeg must continue stockpiling its prospect system with talented young defensemen in hopes of building a reliable, and fairly inexpensive, blue-line at the NHL level in the near future. While they probably won’t have a chance at drafting blueliners like Owen Power, Brandt Clarke or Luke Huges, it’s much more likely that Simon Edvinsson, Corson Ceulemans, Carson Lambos and Olen Zellweger could all be available later in the first round.
Barring some sort of dramatic change through the first half of the opening round, adding another highly-touted defenseman to a group that already includes @Ville Heinola, @Dylan Samberg, Johnathan Kovacevic and Declan Chisholm seems to be the most likely outcome for the Jets.

Who Should Winnipeg Select if Both Carson Lambos and Corson Ceulemans are Available at 17th Overall?

This question is pretty easy to answer, Corson Ceulemans is the obvious choice and it’s not even close. If both Ceulemans and Carson Lambos are still available at No. 17, which could definitely be the case, Winnipeg would be foolish not to select the 18-year-old from Saskatchewan.
Unlike Lambos, most experts believe Ceulemans features a very high ceiling and figures to develop into a top-four defenseman at the highest level of competition. Adding to his case, the 6′ 2″ blueliner is considered an extremely creative offensive skater and could serve as a lethal threat from the point in the offensive zone, which is something the Jets currently lack on the backend.
Showcasing his impressive offensive talents during his limited time with the Brooks Bandits in the AJHL, the right-hander finished second on the team in goals (four) and ranked tied for the third-most points (11) among all qualified defenders during the 2020-21 campaign, according to EliteProspects.com.
While there are still some concerns about Ceulemans’ defense, as it remains a work in progress, his outstanding transitional skills, hockey IQ and ability to make a considerable offensive impact still make him an ideal first-round target. If he can continue improving his defensive abilities, then perhaps the youngster could become a reliable two-way player by the time he’s ready to make his NHL debut.

Would Tyler Bertuzzi be an Ideal Fit in Winnipeg?

In recent years, the NHL off-season has mirrored the same notion from the reality television show Big Brother, which is “expect the unexpected.” The Stanley Cup Trophy was awarded less than a week ago, and yet, there are already numerous reports suggesting that Detroit Red Wings forward, @Tyler Bertuzzi, could be traded this summer.
According to Elliotte Friedman of Sportsnet, the Toronto Maple Leafs were interested in acquiring Bertuzzi at the trade deadline this past season, however, the young winger’s season-ending back surgery ultimately prevented any trade from taking place. Having said that, Friedman also noted the Red Wings remain open to moving on from him this off-season, and that could potentially open the door for other organizations to acquire his services.
With the Jets in particular, they already feature several talented forwards at the NHL level, although they could have an opening within the top-six if veteran @Paul Stastny doesn’t re-sign and departs through free agency. Assuming @Pierre-Luc Dubois opens next season at center, losing Stastny would create a vacancy on the wing, which could easily be filled by Bertuzzi.
Even though the two-time 20-goal scorer could probably create plenty of chemistry with Dubois, especially since he’s known for driving hard to the net and being physical in all areas of the rink, acquiring him from the Red Wings likely wouldn’t come cheap. Given the Washington Capitals surrendered a 2021 first-round pick, a 2022 second-round pick, @Richard Panik and @Jakub Vrana in exchange for @Anthony Mantha, the Jets could be forced to pay a similar price for the fellow 26-year-old.
Along with paying a high price to acquire Bertuzzi from the Red Wings, the Jets would also need to negotiate a new contract with him, as he’s slated to become a restricted free agent this summer and will also be arbitration-eligible as well. So by all accounts, this probably wouldn’t be a smart decision to make, at least for now.

Why Might Logan Stanley Not Receive Protection From the Expansion Draft?

Unfortunately, because there won’t be enough protection spots for every talented skater on Winnipeg’s roster. Since this team will likely protect seven forwards, they’ll only be permitted to place three defensemen on their protection list, which must be submitted on Jul. 17.
With that in mind, there’s a very strong chance the Jets will decide to protect @Josh Morrissey, @Neal Pionk and @Dylan DeMelo, which would leave @Logan Stanley exposed during the Seattle Kraken Expansion Draft. Given that he’s just 23-years-old and features a 6-foot-7, 231-pound frame, the towering blueliner could receive some consideration from general manager Ron Francis and his staff.
But considering teammate @Mason Appleton is also slated to be left unprotected, fans probably won’t have to worry about Stanley leaving town and representing the Kraken next season. But if for whatever reason he does get selected in the expansion draft, the Jets and the entire fanbase should celebrate about being able to keep Appleton in the “True North” and on the club’s third line.
Uncategorized
Recent articles from Thomas Hall