Jets Mailbag Version 3: Could Dougie Hamilton or Alec Martinez be Targets? Should Winnipeg Add Size on Defense? Will Someone Receive an Offer Sheet? 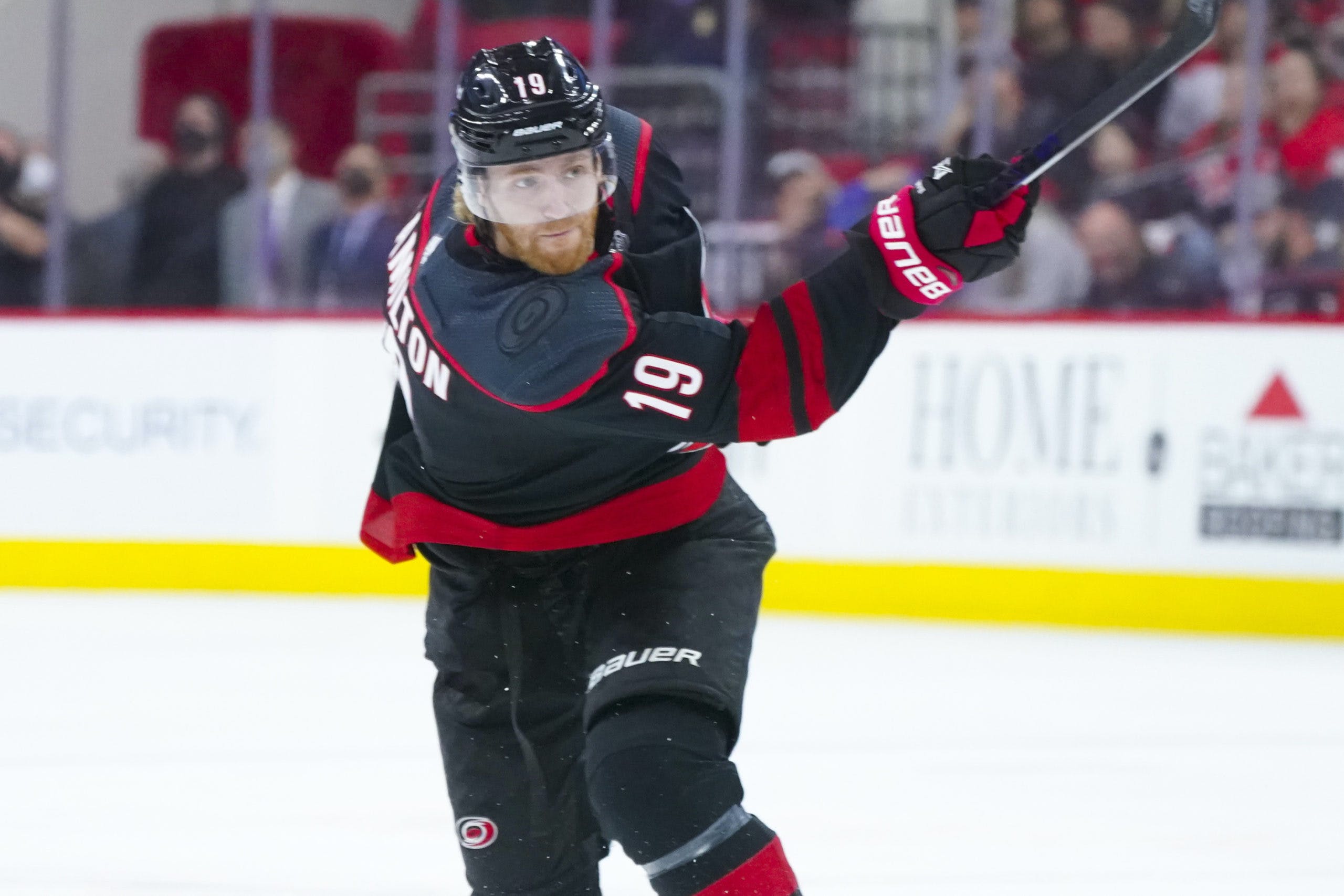 By Thomas Hall
1 year ago
The Montreal Canadiens are on the brink of elimination, and yes, fans of the Winnipeg Jets would be very pleased to see them swept out of the Stanley Cup Finals – they’d likely call that karma. But if that happens Monday night, it’d officially signal the start of the off-season, which could be one of the busiest summers in league history.
For the Jets, the front office’s primary focus over the next couple of months will undoubtedly revolve around improving this club’s blue line, particularly within the top four. With a projected $20.52 million in cap space for next season, according to PuckPedia.com, there’s no question management will have a considerable amount of money to spend, but will they actually use it? And if they do, will it be on the right pieces?
Well, the fanbase is certainly hoping they do and they already have an idea on who they’d like to see in a Jets’ uniform in 2021-22, which brings us to this week’s mailbag.

Unlike last off-season, this summer’s free-agent class is expected to feature a handful of impact defensemen who could help dramatically improve Winnipeg’s back-end, although it certainly won’t be easy to acquire one of these talented blueliners.
In particular, defenseman @Dougie Hamilton appears to be on several wish lists amongst the Jets’ fanbase, and rightly so, as he’d bring some much-needed scoring and size to this lineup. Considering the right-hander produced 10 goals, 42 points, 64 blocks and 52 hits through 55 games this past season, he’d be a great partner for @Josh Morrissey, especially since he’s also capable of serving as a reliable defender as well.
But taking into account he’s still just 28-years-old and is also coming off a six-year, $34.5 million deal, there’s a pretty strong chance the 6′ 6″ blueliner will be aiming to cash in on his current value this off-season, likely earning himself another lucrative contract. If that’s the case, it probably wouldn’t be the smartest idea for the Jets to enter a bidding war for his services, as they’d probably be forced to significantly outbid every other competitor.
With organizations like the Colorado Avalanche, Dallas Stars, Philadelphia Flyers, Florida Panthers, Edmonton Oilers and the New York Rangers also searching for high-end defense, Winnipeg’s chances of landing Hamilton seem to be extremely low.
As for someone like veteran @Alec Martinez, who created nine goals, 32 points, 168 blocks and 44 hits over 53 games in 2020-21, the 33-year-old would be a much more realistic option for the Jets and he’d also cost considerably less than Hamilton. Though he’ll be entering his age-34 season in 2021-22, the left-hander is still capable of providing some offense and could also help make @Connor Hellebuyck’s job easier by taking away the opposing team’s shooting lanes.
Earning just $4 million this past season, this club could definitely match that salary on a multi-year deal, or one similar to it, which would provide @Neal Pionk a suitable partner who owns eight seasons of playoff experience and also wouldn’t become a defensive liability.

Are the Jets Too Undersized on Defense?

Perhaps, prior to the last few seasons, Winnipeg’s size on defense was never an issue as they featured skaters like @Dustin Byfuglien and @Jacob Trouba on the blue line. But since the 2019-20 campaign, this team hasn’t been built with that same level of height and size, which has certainly shown on the ice.
Fast forward to this off-season, the Jets could become even smaller on the back-end as veteran @Derek Forbort (6-foot-4, 219 pounds) and @Tucker Poolman (6-foot-2, 199 pounds) are both slated to become unrestricted free agents this summer. In addition, prospect @Ville Heinola (6-foot-1, 188 pounds) could transition into a full-time player in the NHL next season.
Sure, @Logan Stanley and his towering 6-foot-7, 231-pound frame should help offset some of that height issue, but he’ll likely be positioned on the bottom defensive pairing and won’t add any size to the club’s top-four unit. Assuming Morrissey (6-foot, 195 pounds), Poink (6-foot, 186 pounds) and @Dylan DeMelo (6-foot-1, 195 pounds) all remain in that group, it could become difficult to remove traffic from the front of the net, forcing Hellebuyck to make saves with limited vision once again.
So unless the front office acquires a lengthy blueliner before next season begins, this team will probably experience that same issue for a third straight campaign.

Will Someone Receive an Offer Sheet This Summer?

It’s hard to say, the last time a player signed an offer sheet was in 2019 when Carolina Hurricanes forward, @Sebastian Aho, signed a $42.27 million offer sheet with the Canadiens. But that offer was matched less than a week later.
The last time it had happened before that instance was when then-Avalanche forward, @Ryan O’Reilly, agreed to a two-year, $10 million offer sheet with the Calgary Flames in 2013. But again, that offer was ultimately matched shortly after.
For years, signing a player to an offer sheet was one of the many unwritten rules inside the NHL, and up until recently, most front offices wanted no part of that conversation. Since times have changed, younger general managers around the league have been much more open to making those types of moves, however, they still aren’t that prominent during the off-season.
Looking at this year’s class of restricted free agents, former Jet @Patrik Laine is certainly someone who’d likely attract a ton of interest if he were left unsigned, although that probably won’t end up being the case. But since the Chicago Blackhawks only feature $6.2 million in cap space next season, an organization could put some pressure on them by signing defenseman @Nikita Zadorov, who made $3.2 million in 2020-21, to a high-priced offer sheet.
If someone were to pay the 26-year-old around $4 million per season, or even a little higher than that, it could ultimately force the Blackhawks to let him walk. Having said that, they’d receive a first and a third-round pick in return for his services.

What Happens if Winnipeg Endures a Slow Start Next Season?

For starters, let’s hope the NHL returns to an 82-game schedule next season, which appears to the be plan right now.
As for what might happen if the Jets lose say 10 of their first 15 games of the campaign, probably nothing, at least at that point. With general manager Kevin Cheveldayoff in charge, this organization doesn’t have a history of making rash decisions, especially ones that involve the coaching staff.
But if this team sits near the bottom of the standings by the end of November, or somewhere around then, perhaps that’s when Cheveldayoff and his staff could consider making a dramatic change behind the bench.
Uncategorized
Recent articles from Thomas Hall