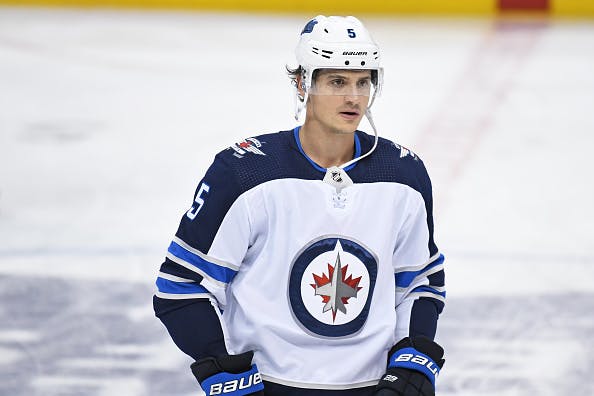 By Thomas Hall
1 year ago
Aiming to finalize their roster before Tuesday’s 5 pm ET deadline, the Winnipeg Jets have been extremely busy over the past 24 hours as they’re attempting to determine what their opening night lineup will look like.
After placing five skaters on waivers on Monday, the Jets won’t be welcoming back two of those players, as defenseman @Luca Sbisa was claimed by the Nashville Predators and goalie @Eric Comrie was picked up by the New Jersey Devils.
Though the organization will be without Sbisa and Comrie, there’s some positive news here, as @Mathieu Perreault, @Nelson Nogier, and @CJ Suess have all passed through and will remain with the club. As a result, all three of those skaters can become part of the team’s “taxi squad” unit this season.
With Comrie departing, goalie @Mikhail Berdin is now set to become the No. 3 netminder behind teammates @Connor Hellebuyck and @Laurent Brossoit.
The Jets are scheduled to take on the Calgary Flames during their regular-season opener on Jan. 14 at Bell MTS Place.
Jets News
Recent articles from Thomas Hall