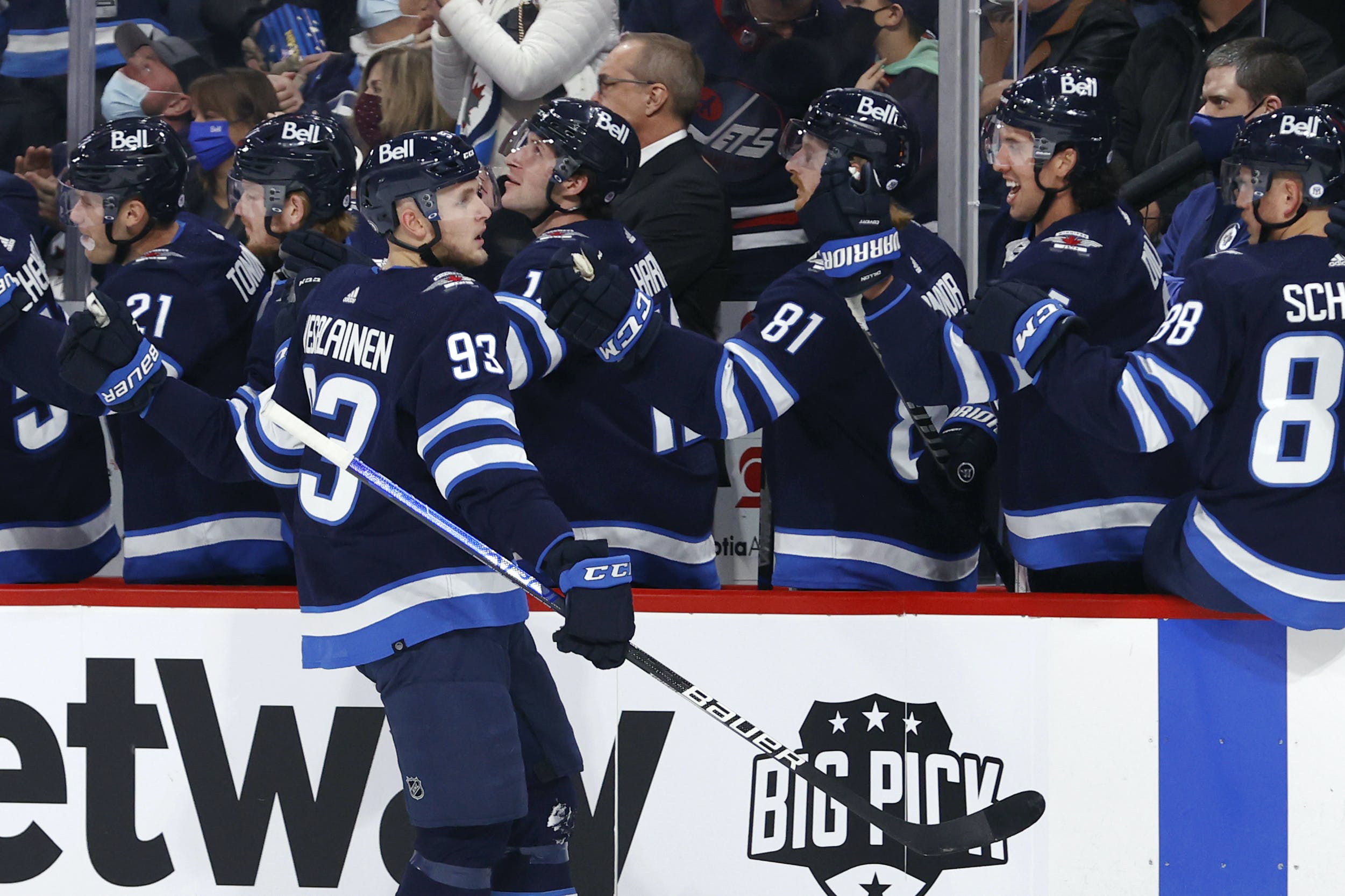 By Thomas Hall
10 months ago
Great news everyone, @Kristian Vesalainen is back!
On Thursday, the Winnipeg Jets announced that Vesalainen, 22, had exited the National Hockey League’s COVID-19 protocol, allowing him to return to practice.
Vesalainen, who was originally placed in COVID protocol back on Dec. 23, stayed in Winnipeg over the holiday break and is now eligible to appear in Sunday’s game against the Vegas Golden Knights.
Unfortunately, teammate @Andrew Copp, who also landed on the league’s COVID list before the holiday break, produced positive tests at his home in Michigan. As a result, Canada’s quarantine act prevents him from crossing the border, however, he’s expected to rejoin the club Sunday in Vegas.
Through 26 games this season, Vesalainen has averaged 9:19 minutes of ice-time per night, posting two goals, 31 hits, 25 shots on goal, six blocks and a pair of takeaways.
On a related note, forward @Evgeny Svechnikov has continued to make progress in his recovery from an upper-body injury, which saw him practicing in a non-contact jersey Thursday.
Winnipeg is scheduled to resume its season after a two-week hiatus against Vegas on Sunday, starting at 3:00 pm CT.
Uncategorized
Recent articles from Thomas Hall