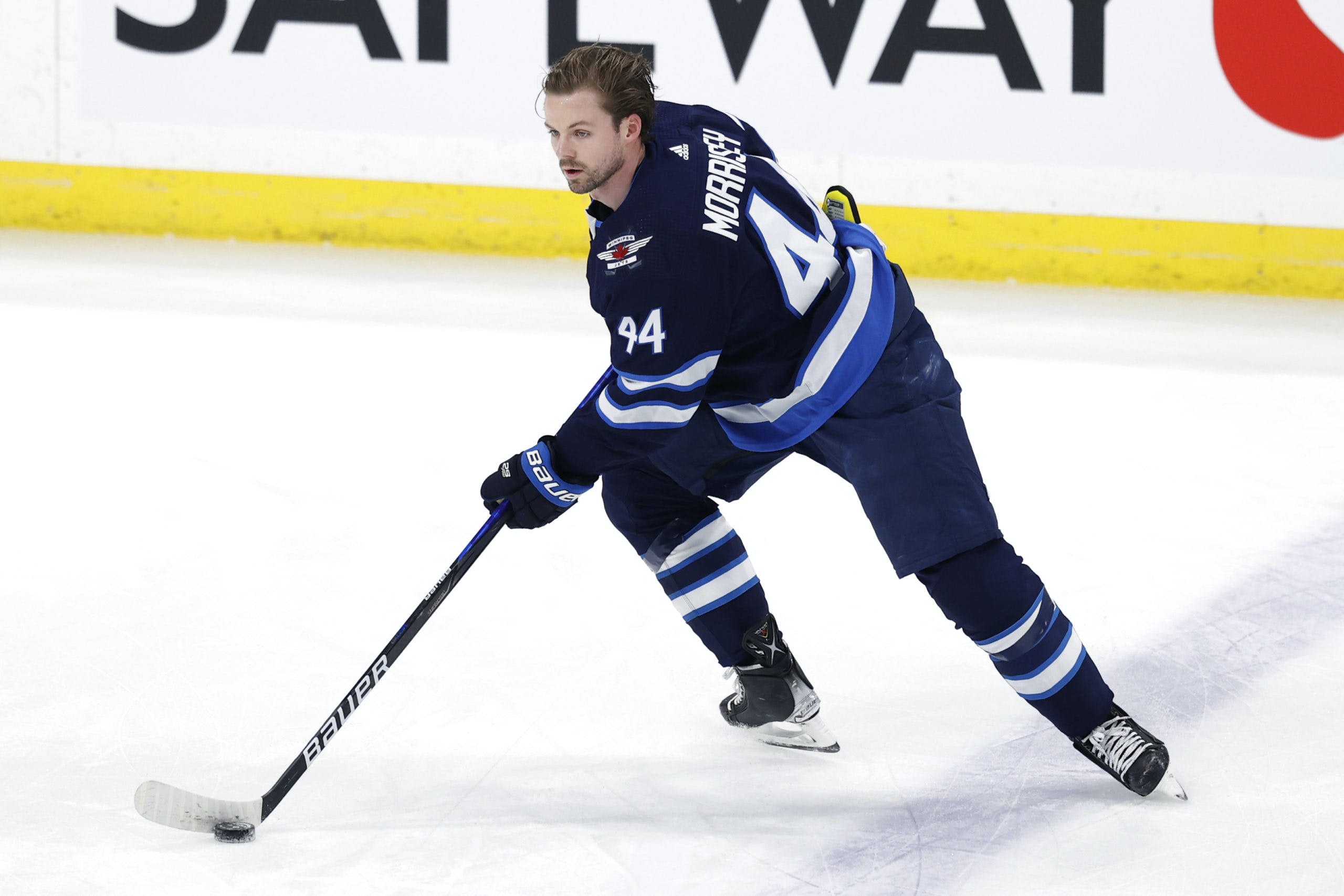 By Thomas Hall
6 months ago
The Winnipeg Jets may have missed the 2022 Stanley Cup Playoffs, however, defenceman @Josh Morrissey continues to pile up the award nominations from this past season.
On Wednesday, the National Hockey League revealed its 32 nominees for the 2021-22 King Clancy Memorial Trophy, which included Morrissey. Each year, this prestigious trophy is awarded to the skater who best showcases his leadership and also makes significant contributions off the ice.
Morrissey, 27, has also been nominated for the 2021-22 Bill Masterton Memorial Trophy. The accolade is given out to the player who displays the most sportsmanship and perseverance throughout the season.
On the ice, the left-hander enjoyed the top statistical performance of his career, surpassing his previous highs in both goals (12) and points (37). In addition, he also led all Jets skaters in average ice-time per game (23:40) – a category where he also set a new career-high.
In September 2019, Morrissey signed an eight-year, $50-million contract extension that runs through 2027-28. His deal carries a $6.25 million cap hit per season.
The 2022 NHL Awards are expected to take place between Game Three and Four of the Stanley Cup Finals.