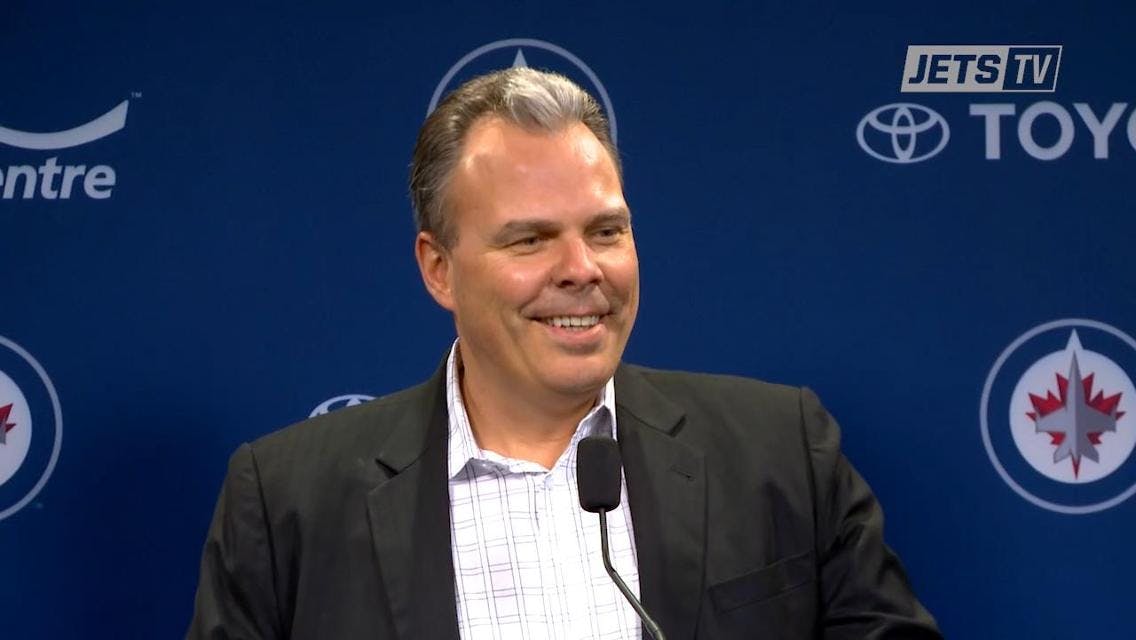 By Thomas Hall
7 months ago
Sweeping changes are expected to come behind the bench in Winnipeg, but for general manager Kevin Cheveldayoff, his position is safe with the Jets.
After Sportnet’s Ken Wiebe initially reported the deal late Sunday night, Cheveldayoff was asked about his three-year extension during his year-end press conference and quickly confirmed his new contract.
Cheveldayoff, 52, is the only general manager the Jets 2.0 franchise has ever known as he’s held the position since they relocated from Atlanta in 2011. He’s currently the third-longest tenured GM in the NHL, behind David Poile and Doug Armstrong.
Winnipeg finished its 11th season with a disappointing 39-32-11 record, positioning them eight points back of the Nashville Predators for the second wild-card seed. As a result, they missed the playoffs for the first time since 2016-17.
Moving forward, Cheveldayoff and his staff have plenty of tough decisions ahead, which will include naming a new head coach. Dave Lowry – who can apply for the position if he chooses – took over in December 2021 after Paul Maurice resigned due to personal decisions.
In regards to the club’s roster, forward @Pierre-Luc Dubois is slated to become a restricted free agent with arbitration rights and is only two seasons away from reaching unrestricted free agency. The front office will need to decide whether it’s more beneficial to extend Dubois long-term or to a short-term bridge deal.
Then there’s @Mark Scheifele, who hasn’t requested a trade but did explain during his year-end media availability that he needs to seriously consider what’s best for his career, whether that’s in Winnipeg or somewhere else.
As the 2022 Stanley Cup Playoffs begin, with the Jets on the outside, this is shaping up to be a very intriguing off-season in the ‘True North.’