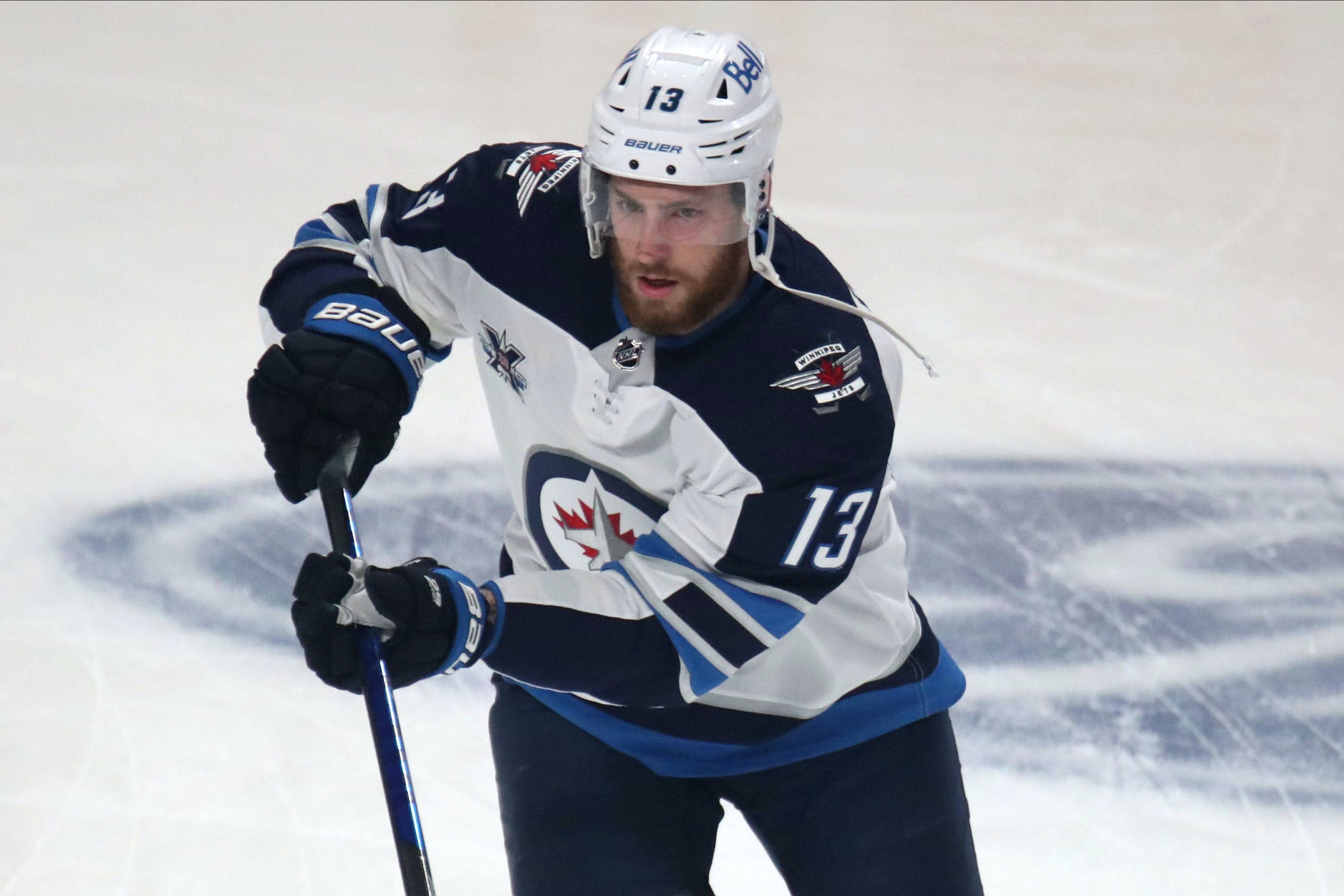 By Thomas Hall
1 year ago
Nearly a week removed from being eliminated from the 2021 Stanley Cup Playoffs, the Winnipeg Jets have taken some time to decompress from this past season and are currently reflecting on what went wrong in the second round against the Montreal Canadiens, unfortunately, one of those causes was the lack of production from forward @Pierre-Luc Dubois.
Following a rollercoaster-type showing in the regular season, Dubois, 22, entered the postseason in hopes of turning things around and was aiming to serve as a key offensive contributor, although he didn’t come anywhere close to playing up to his high expectations. Failing to register a single goal through seven playoff contests, the 6′ 3″ center’s inability to generate offense forced the coaching staff to bump him down lower in the lineup, which didn’t result in any progress.
But considering the left-hander was traded during the middle of the season, forcing him to cross the Canadian border and quarantine for 14 days, there’s no question this was an abnormal season for him that included several difficult challenges. Looking ahead to next season, general manager Kevin Cheveldayoff is extremely confident the young forward is capable of bouncing back and should have an opportunity to display some of that growth in the fall.
“We had a good opportunity to talk about the year, talk about his year and, certainly, I think it was a challenging one for him,” Cheveldayoff explained. “I think he’ll be the first to tell you that he can be better and will be better. I firmly believe that having him here from the start of training camp next year will produce a different result. He’s a talented young player that went through a really tough time and a year.”
After enjoying productive performances through his first three seasons in the league, where Dubois scored 65 goals and 158 points over 234 games, he reached his breaking point in 2021 with former Columbus Blue Jackets coach, John Tortorella, and decided he wanted out. Just over a week into the regular season, the youngster received his wish and was traded to the Jets in exchange for forwards @Patrik Laine and @Jack Roslovic.
While his inaugural campaign in Winnipeg can certainly be classified as a disappointment, there’s still plenty of time for him to redeem himself, especially since he’s signed through next season. If the Quebec native can learn from this troubling experience, Cheveldayoff believes it could have a significant impact on his overall development moving forward, which would definitely be a welcomed occurrence for everyone involved.
“If you look back at players’ careers, they’re going to have up years and down years,” Cheveldayoff discussed. “For him, I think this is going to be a learning moment and will help him become a better player, person and professional.”
Through 41 regular season games with the Jets, Dubois averaged 15:06 minutes of ice time, producing just eight goals, 20 points, six power-play points, 0.49 points per game, 69 shots on goal, 57 hits, 23 blocks, 17 takeaways and a miserable 41.4% faceoff percentage.
Along with exploring Dubois’ season-long woes, Cheveldayoff and his staff are planning to evaluate the entire roster over these next couple of weeks and will determine where some upgrades need to be made. Since this off-season is expected to be busier than usual, due to the compacted summer schedule and the Seattle Kraken Expansion Draft, management should have plenty of work ahead of them as they attempt to plan for the franchise’s future.
“Like any off-season, you take some time to decompress a little bit, evaluate, re-evaluate, go over just the past season – dissect it a little bit,” Cheveldayoff detailed. “So certainly, we’ll take some time and do that, obviously, that process has begun.
“So there’s lots of work behind the scenes in those regards. But obviously, it’s evaluating where things are at and what you have in your stable of players moving forward, and what directions and actions that you need to take for the future.”
Jets News
Recent articles from Thomas Hall