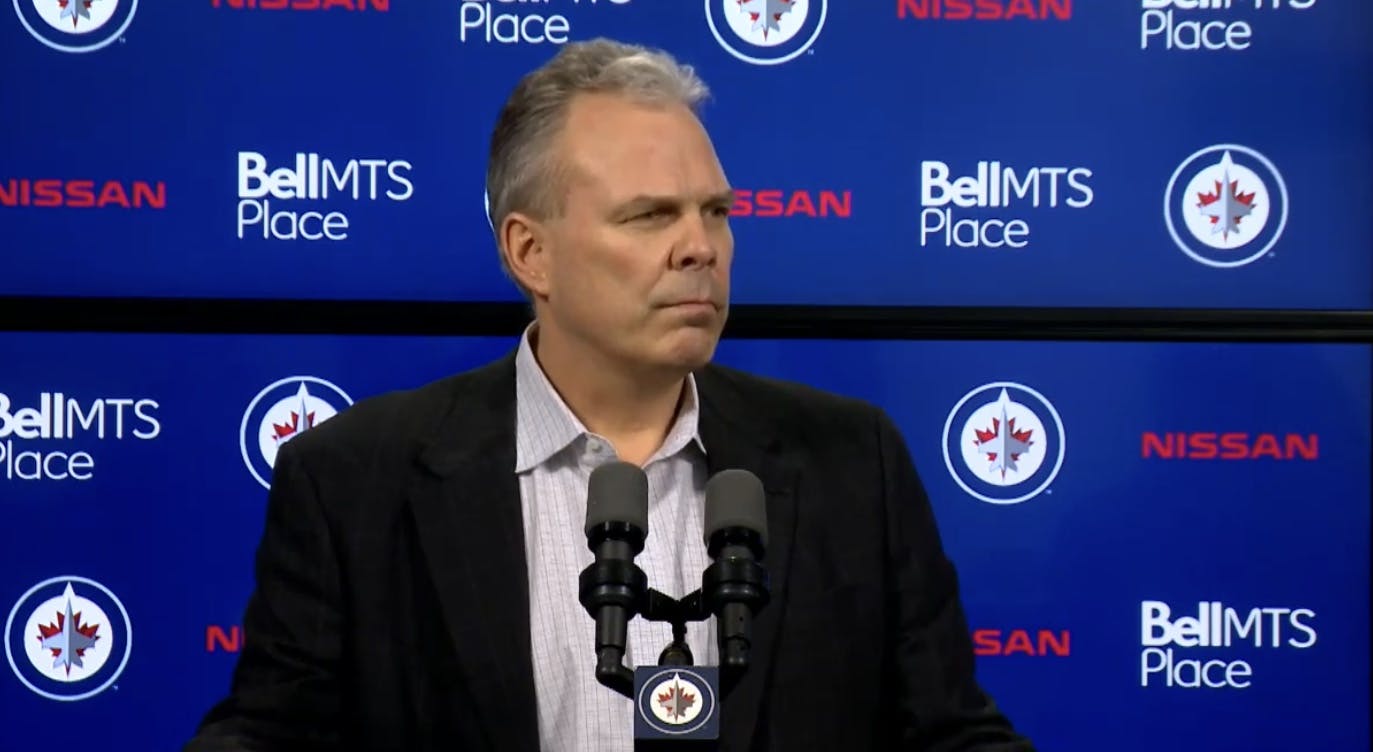 By Thomas Hall
1 year ago
After meeting with NHL commissioner Gary Bettman on Monday, Winnipeg Jets general manager Kevin Cheveldayoff has been cleared from any wrongdoing and won’t face any action involving the mishandling of the 2010 sexual assault claims against former Chicago Blackhawks video coach Brad Aldrich.
Cheveldayoff, 51, served as the Blackhawks assistant general manager during the 2009-10 season, working under now-former GM Stan Bowman. In total, he worked two straight seasons with the Blackhawks before leaving to become the Jets GM in 2011.
Though Cheveldayoff wasn’t a senior front-office official during his brief time in Chicago, he did attend the managerial meeting in which the team discussed Aldrich’s actions towards former top prospect, Kyle Beach. But after much discussion, the league has determined the now-current Jets GM can’t be held accountable for the mismanagement regarding this situation.
Released in the NHL’s official announcement, Bettman put forward his thoughts on the matter:
“While on some level, it would be easiest to paint everyone with any association to this terrible matter with the same broad brush, I believe that fundamental fairness requires a more in-depth analysis of the role of each person. Kevin Cheveldayoff was not a member of the Blackhawks senior leadership team in 2010, and I cannot, therefore, assign to him responsibility for the Club’s actions, or inactions. He provided a full account of his degree of involvement in the matter, which was limited exclusively to his attendance at a single meeting, and I found him to be extremely forthcoming and credible in our discussion.”
Shortly after this statement was released, Cheveldayoff provided his own comments regarding this recent development:
Unlike Cheveldayoff, former Florida Panthers coach Joel Quenneville did face consequences for his actions, as he resigned from his position and won’t be allowed to seek employment in the future without first receiving permission from the league office.
Winnipeg is scheduled to take on the San Jose Sharks on Saturday at 6 pm CT.
Jets News
Recent articles from Thomas Hall