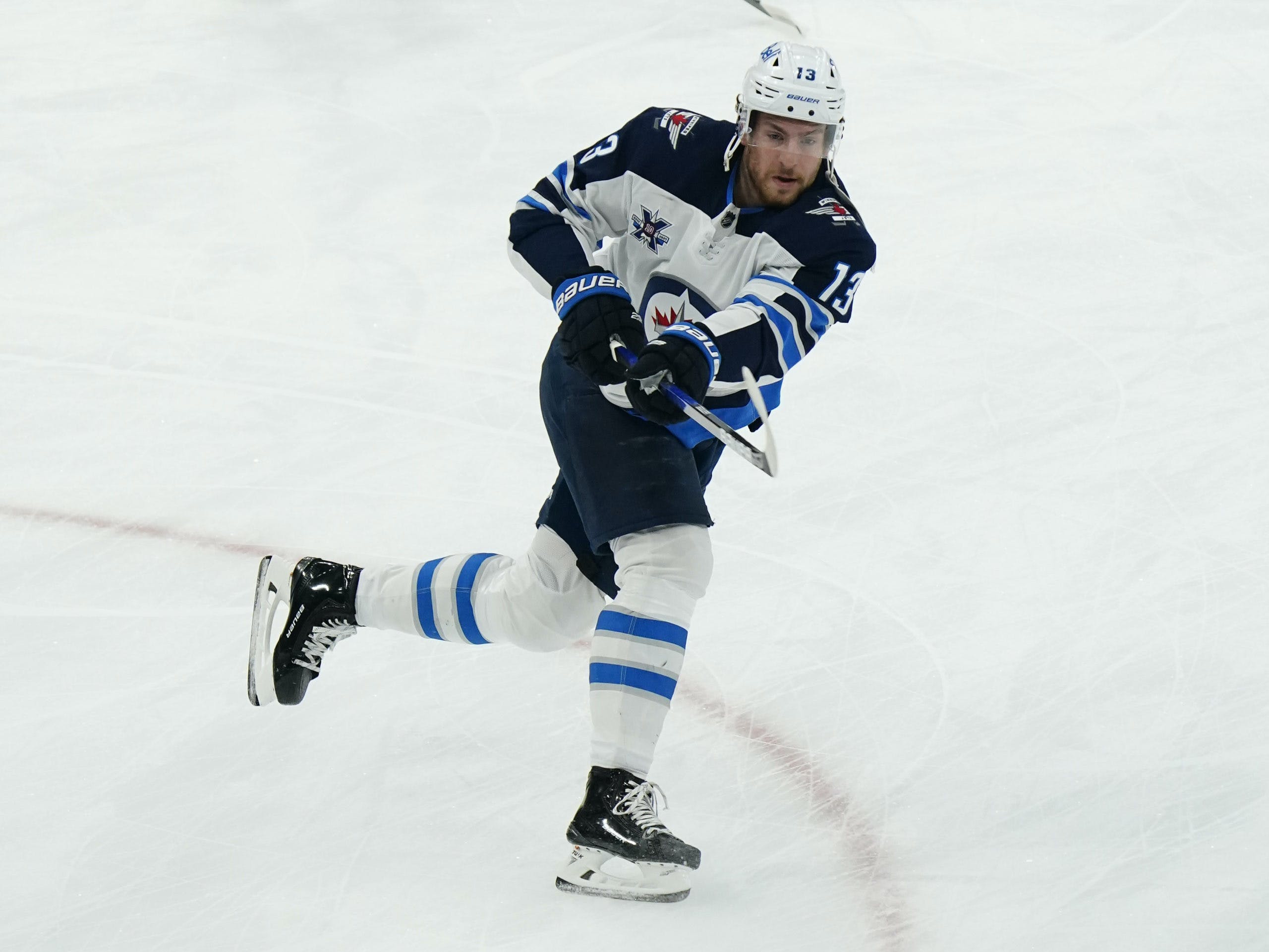 By Thomas Hall
1 year ago
If it wasn’t obvious already, the 2021-22 season is shaping up to be extremely important for the Winnipeg Jets as they look to finally break through their recent postseason woes, but for forward @Pierre-Luc Dubois in particular, this upcoming campaign could define the next stage of his young career.
After enjoying three very successful seasons with the Columbus Blue Jackets, Dubois hit a breaking point last season with the organization that drafted him back in 2016, and ultimately decided he wanted out. While the 23-year-old was forced to tough it out through the first couple games of the 2020-21 campaign, he eventually received his wish near the end of January and was traded to the Jets in a blockbuster deal that featured forward @Patrik Laine.
Based on his recent success during the 2020 Stanley Cup Playoffs, which saw him post four goals and 10 points in 10 games, adding the talented 6’3″ forward to Winnipeg’s lineup understandably created a ton of excitement surrounding this team. Though the left-hander displayed encouraging flashes at times, unfortunately, he failed to perform up to his high expectations in the regular season and was also a non-factor during the playoffs.
Putting the former first-round selection’s struggles into perspective, he created just eight total goals, 20 total points, six power-play points, 0.46 points per game (career-worst), 76 shots on goal, 59 hits, 26 blocks, 10 takeaways and a miserable 43.5% faceoff percentage through 41 games with the Jets.
Disappearing in the playoffs, the former Blue Jacket only registered a trio of assists, 18 hits, 15 shots on goal, four blocks, one takeaway and a 46.8% faceoff percentage over seven contests.
Granted, last season was far from ordinary, especially for Dubois, as he was quarantined for 14 days immediately following his arrival to Canada. Additionally, he also suffered a lower-body injury shortly after making his Jets debut and battled through an undisclosed injury in the playoffs, which added to the level of difficulty he faced while attempting to build chemistry with his new teammates.
It’s safe to say Dubois endured several challenging obstacles during his inaugural season with the Jets, in saying that, it’s still very difficult to ignore the fact that he didn’t play up to his potential and experience the worst statistical performance of his career. Considering the young forward is entering the final season of his two-year, $10 million contract, it’ll be crucial for him to enjoy a bounce-back performance in 2021-22.
More importantly, the Quebec native is only three seasons away from becoming eligible for unrestricted free agency in 2024, according to PuckPedia.com, meaning the success of his fifth NHL campaign could end up being the difference between earning a second-straight bridge deal or a lucrative contract extension next off-season.
Needless to say, if Dubois returns to the same physical, two-way player he was during his tenure with the Blue Jackets, chances are he’ll likely be handsomely rewarded for his impressive showing. Having said that, accomplishing that feat will probably require him to improve multiple areas of his craft, something that could prove to be difficult, although at least he’ll have twice as many games in 2021-22 to turn things around.
For starters, the offensive aspect of the young lefty’s game needs to re-emerge itself next season, particularly during five-on-five situations. After producing 20 goals and 44 points in 2018-19 – his last full 82-game season – he could only muster up six goals and 12 points through 46 combined games between the Jets and Blue Jackets in 2020-21.
Failing to utilize his 6-foot-3, 218-pound frame last season, Dubois wasn’t nearly as physical and didn’t drive hard to the net as much as he has in previous seasons, resulting in just 54 hits and 24 high-danger scoring chances, according to NaturalStatTrick.com. As for his performance in 2018-19, the top-six forward generated 111 hits and a career-high 78 high-danger chances during those same situations.
Along with improving his offensive results, it’ll also be crucial for the former Cape Breton Screaming Eagle standout to increase his level of intensity in the defensive zone during five-of-five play – an area where he struggled like never before in 2020-21.
While Dubois had previously been considered a fairly reliable defensive forward, his reputation failed him over his 41 games with the Jets, causing his on-ice metrics to fall to career-worsts in CF percentage (50.2%), FF percentage (51.7%), GF percentage (46.3%), xGF percentage (47.9%), HDCF percentage (44.6%) and HDGF percentage (40.0%) during five-on-five situations.
In comparison, the two-way skater produced a 52.3% CF percentage, a 53.1% FF percentage, a 58.5% GF percentage, a 53.7% xGF percentage, a 52.2% HDCF percentage and a 58.5% HDGF percentage in 2018-19.
With just two more years of arbitration eligibility remaining, now is the time for Dubois to prove he’s still the same skater who dominated against the competition through his first three NHL seasons. Since he’ll likely be positioned on the same line as teammates @Nikolaj Ehlers and @Paul Stastny, although Winnipeg could alter its line combinations during the season, there’s no reason why he shouldn’t enjoy plenty of success in 2021-22.
The emerging star will certainly have plenty of important questions to answer during this upcoming season, but given his incredibly high ceiling, it seems there’s a pretty strong chance he’ll be in store for a much more productive performance this time around, which would definitely be a welcomed occurrence by the Jets.
Uncategorized
Recent articles from Thomas Hall