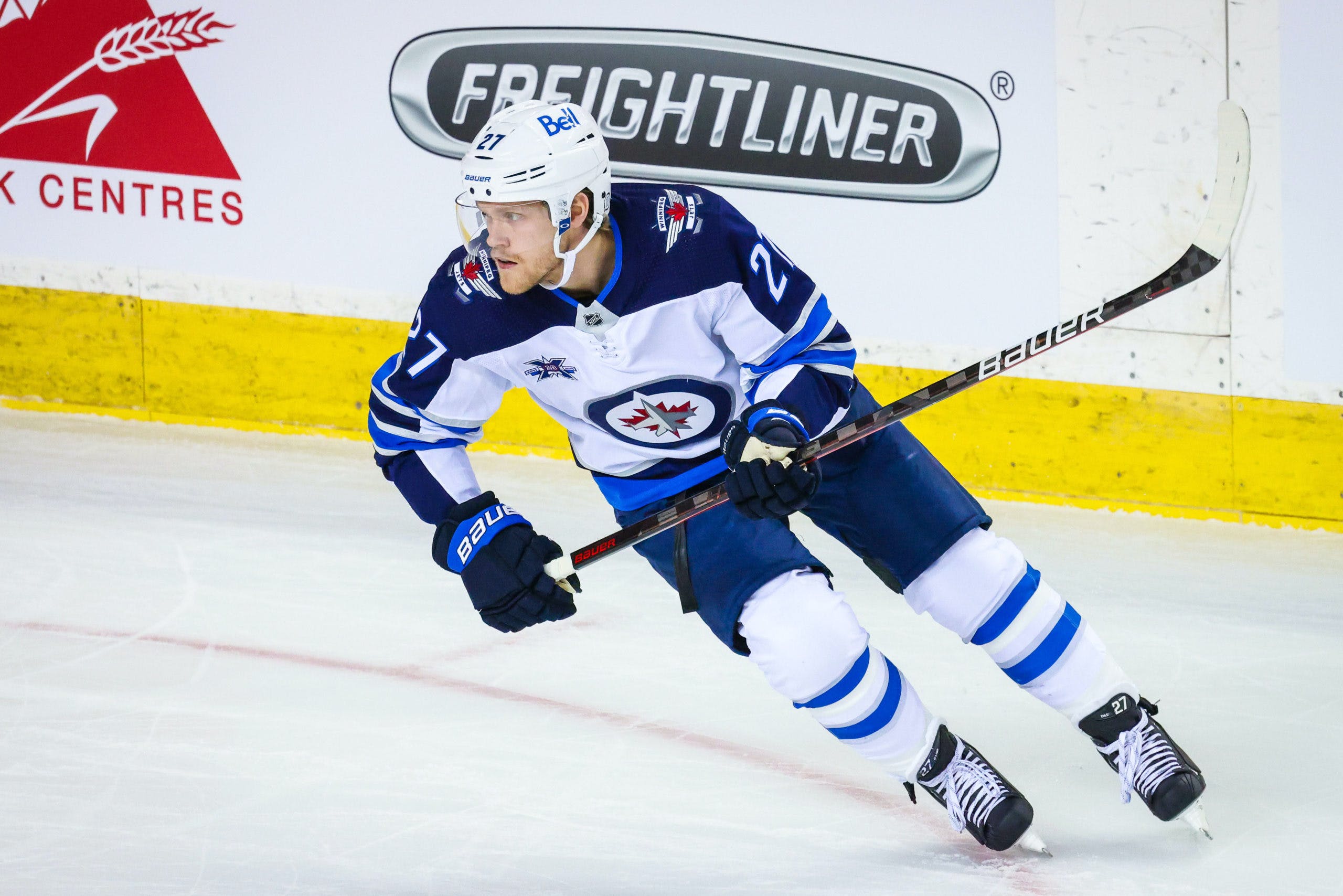 By Thomas Hall
1 year ago
It’s no secret last season didn’t conclude on a positive note for the Winnipeg Jets, as they were swept out of the second round of the 2021 Stanley Cup Playoffs, although there should be brighter days ahead for this organization and forward @Nikolaj Ehlers can certainly help lead them there.
Preparing for his seventh NHL season, Ehlers is beginning to enter the prime years of his professional career and still hasn’t gained an opportunity to showcase his full potential over a full 82-game schedule, however, unforeseen circumstances have caused this unfortunate occurrence. If not for the COVID-19 pandemic, chances are the 25-year-old would’ve played considerably more than 118 combined games since 2019-20.
While the former first-round selection displayed flashes of his potential earlier in his career, particularly in 2017-18 when he scored 29 goals and 60 points through 82 games, he’s taken his craft to another level over the last two seasons by emerging into an elite playmaker – a transformation some experts didn’t believe was possible.
Following Ehlers’ disappointing 2018-19 performance, where he posted 21 goals, 31 points and was limited to just 62 games due to a major shoulder injury, there was much debate over how high his ceiling would eventually reach. Adding to his uncertainty, the left-hander hadn’t proven to be a major playoff contributor during that stage of his career, as he had only produced seven points through 21 career postseason contests.
Luckily for the Jets, the former Halifax Moosehead has without a doubt ended that conversation with his spectacular play in each of the last two campaigns, which has seen him dominate the competition in all situations during this span. Though he’s spent the majority of his time on the club’s second line, that hasn’t prevented him from creating plenty of offensive production.
Reaching new levels of success since the 2019-20 campaign, Ehlers has averaged 16:41 minutes of ice time per game, registering 46 total goals, nine power-play goals, 104 total points, 18 power-play points, 0.39 goals per game, 0.88 points per game, 351 shots on goal and 10 game-winning goals.
Unlike in previous seasons, the emerging superstar also hasn’t disappeared in the playoffs over the past two seasons, resulting in four total goals, two power-play goals, five total points, two power-play points, 31 shots on goal and a pair of game-winning goals – including the overtime winner in Game Three of the opening round during last season’s playoffs.
As things stand right now, the 2021-22 season is slated to feature 82 games, and assuming Winnipeg’s schedule remains the same, this may finally be the time where Ehlers can set new career highs in multiple different offensive categories and also start receiving recognition as one of the top skaters in the league.
Even though players won’t begin reporting to training camp for another few weeks, the native of Denmark already appears ready for the upcoming campaign as he helped his home country qualify for the 2022 Winter Olympics last month. Despite an already shortened off-season, the proud Danish jumped at the chance to represent his country and played a key role in helping them punch their ticket to Beijing, China.
Leading the way for his home country, Ehlers was a shining star during this Olympic competition, as he finished with the most goals (five), points (nine) and the highest plus/minus rating (+5) among all skaters on his team, according to EliteProspects.com.
With the Jets nearing one of the most crucial seasons of their existence, there’s no question they’ll be counting on the electric forward to build off this success and transfer it over to the NHL this season. While he’ll likely be limited to a second-line role once again, at least for the most part, that should allow him to serve as the primary facilitator for a second straight campaign.
Slated to be paired with teammates @Pierre-Luc Dubois and @Paul Stastny, Ehlers will likely receive numerous opportunities to display his impressive playmaking ability, which could dramatically increase his assist totals during five-on-five situations. Considering he recorded 14 assists – including just five primary assists – during five-on-five play in 2020-21, there’s a pretty strong chance the youngster will be able to improve those results over a full schedule in 2021-22.
Despite finishing tied for second on the Jets in power-play goals (13) last season, according to NaturalStatTrick.com, the ninth overall pick from the 2014 NHL Draft is expected to return to the club’s second power-play unit this season. Though he probably deserves to be promoted to the top special teams unit, he’ll still likely thrive with the man advantage, especially if opposing teams continue providing him plenty of room to skate on the wing.
So while hockey fans in Manitoba have been fully aware of Ehlers’ greatness over the last few seasons, with the NHL starting to return to some form of normalcy, the rest of North America could be in for a major surprise when this team takes the ice this season.
Uncategorized
Recent articles from Thomas Hall