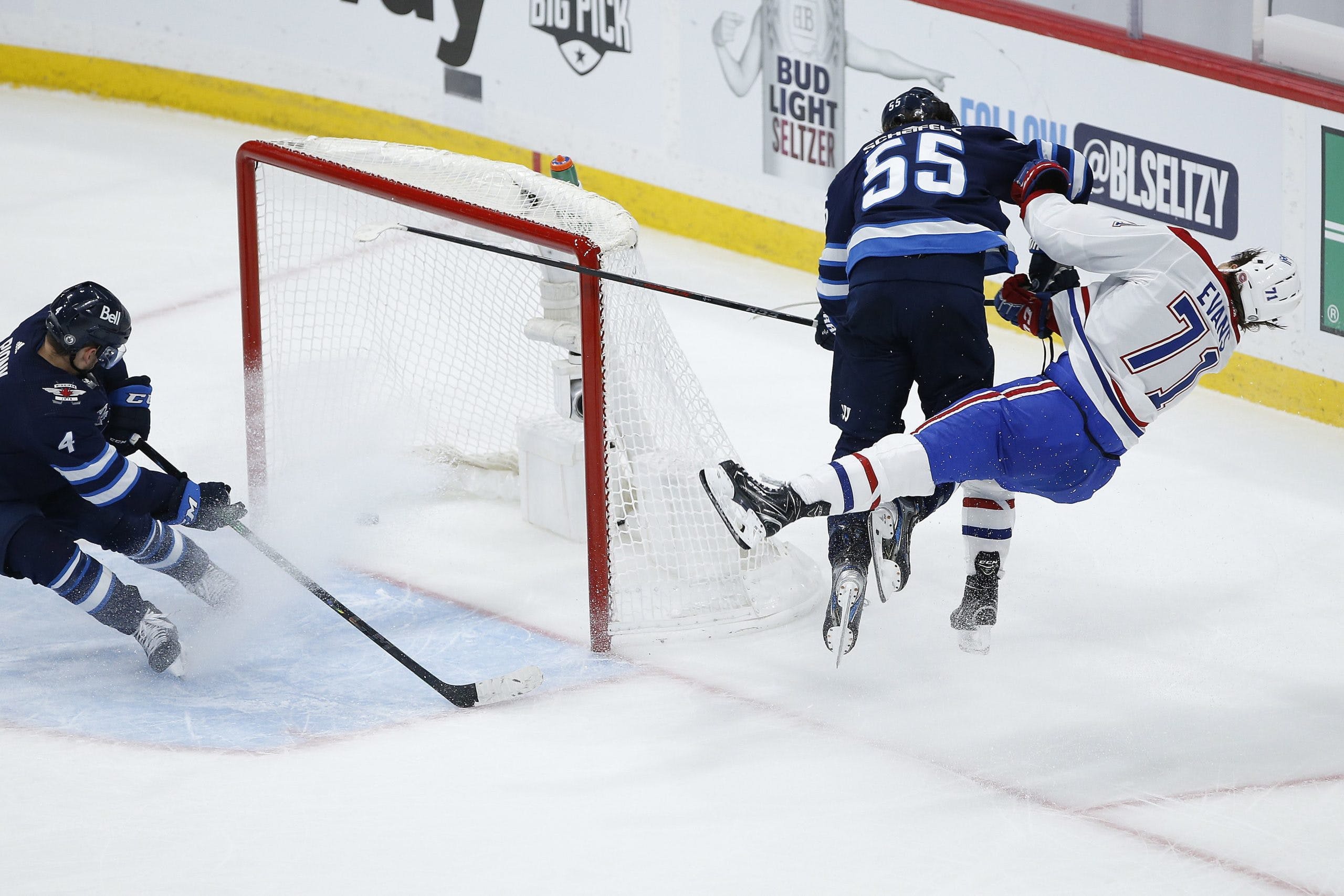 By Thomas Hall
1 year ago
Falling flat out of the gate, the Winnipeg Jets fell to the Montreal Canadiens in Game One of this second-round matchup, however, one of the main takeaways from this losing effort was, unfortunately, @Mark Scheifele’s brutal hit on @Jake Evans.
With less than one minute remaining in regulation, Scheifele, 28, delivered a massive hit on Evans, 25, by the side of the net, earning him a match penalty. Following a phone hearing with the league’s Player Safety Department on Thursday, the 6′ 3″ forward has now been suspended for the next four games.
As a result of this suspension, Scheifele will be unable to suit up for the Jets until Game Six, that is, if the series extends that far. With the Canadiens currently leading the series 1-0, it’s possible the veteran center may have already played his final game of the playoffs.
Considering Scheifele suffered an Achilles injury during last season’s playoff bubble, there’s no question it’d be a major disappointment if he doesn’t receive a chance to return later in the series.
Through 56 regular season games, the right-hander averaged 20:58 minutes of ice time per game, producing 21 goals, 63 points, 17 power-play points, 126 shots on goal, 48 takeaways, 38 blocks, 31 hits and a 49.8% faceoff percentage.
Winnipeg and Montreal will play Game Two of this series on Friday at 6:30 pm CT.
Jets News
Recent articles from Thomas Hall