Jets F Mark Scheifele: Everyone Must Maintain ‘Consistent Defense’ Throughout This Season 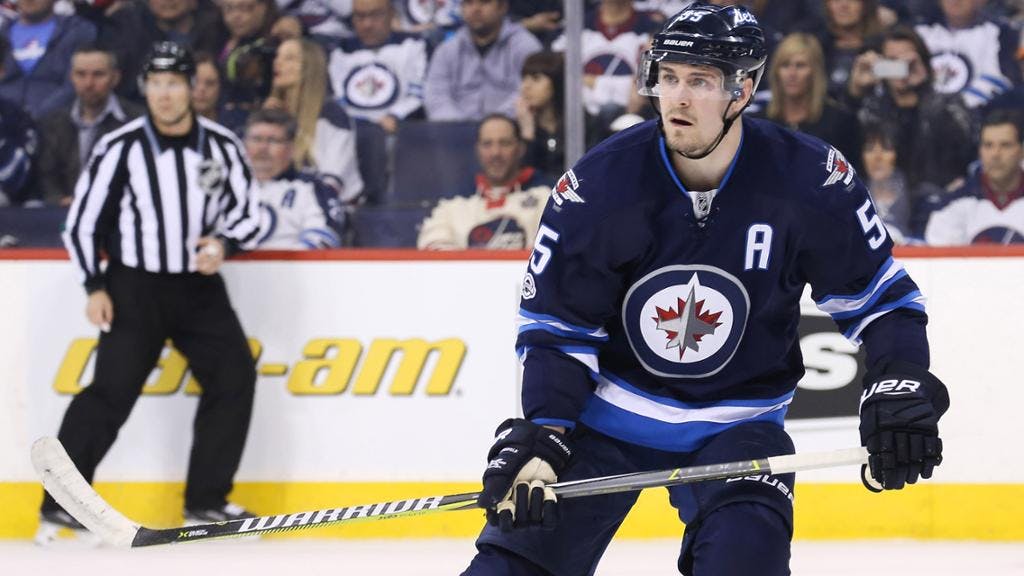 By Thomas Hall
1 year ago
Following a disappointing end to last season’s playoffs, which ended after just four games, the Winnipeg Jets are determined to sustain a much deeper postseason run in 2021, but they’ll need to become a much more efficient defensive team to accomplish that feat.
There’s no hiding the fact that the Jets over-relied on goalie @Connor Hellebuyck – who won the 2019-20 Vezina Trophy – throughout last season, which resulted in the club allowing the seventh-most shots on net per game (32.6). Though they overcame this issue and finished tied for the third-most wins (21) when outshot by an opponent, it’d be foolish to place that same amount of pressure on the 27-year old netminder, especially during this sprint to the finish line.
Considering training camp is only scheduled to last for 10 days, it’ll likely be extremely difficult for Winnipeg to dramatically improve its defensive performance before the regular season opens on Jan. 14. That being said, forward @Mark Scheifele believes his team is capable of developing into a defensively sound group, but they’ll need everyone on the roster to buy into what they’re attempting to accomplish.
“It’s not something that can just be fixed with a quick system change,” Scheifele explained. “It’s got to come from everyone and every guy has got to buy into what it takes for the Winnipeg Jets to win and that’s what it comes down to. It comes from @Blake Wheeler, all the way down to the guys sitting in the stands.”
“It comes down to the will of being sound defensively. Being in the right spot in the neutral zone, or winning faceoffs, winning 50/50 pucks. Then going into the offensive zone – good defense leads to good offense – and being able to create some good possessions in the o-zone.”
But once the Jets play up to their expectations, they can’t afford to take their foot off the gas and revert back to the poor habits they displayed last season. With very little room for error during this shortened 56-game campaign, Scheifele is confident that if everyone maintains a solid level of consistency throughout this season, it’ll allow them to perform much more effectively in all facets of the game.
“It’s doing it over and over, eventually that hard work is going to get rewarded,” Scheifele detailed. “If you do the right things over and over, you are going to get rewarded. You do that enough, you’re going to get those chances. You’re going to get those odd-man breaks. You’re going to get offensive zone possessions.”
Over 71 games last season, Scheifele averaged 21:48 minutes of ice time per game, producing 29 goals, 73 points, 20 power-play points, 0.41 goals per game, 1.03 points per game, 170 shots on net, 57 takeaways, 49 blocks, 34 hits, and a 46.9% faceoff percentage.
Due to an unfortunate collision along the boards during the opening game against the Calgary Flames in the playoffs, the 6-foot-3 center left the ice early in the first period and didn’t return due to an Achilles injury.
After sustaining this season-ending injury, Scheifele spent the rest of the summer rehabbing and also took some time to work on his craft as well. Focusing on improving his skills in the faceoff dot, offensive and defensive zones, the 27-year old is extremely excited to apply those adjustments to his game once the regular season begins.
“The learning never stops, you always got to push yourself,” Scheifele discussed. “This summer I evaluated my game and the areas I needed to work on, and [I] worked on them all. Whether that’s faceoffs, d-zone coverage, shooting, passing, all of that stuff. It’s stuff you need to work on during this long time off. So I had plenty of time to work at it, so I’m ready to get back into game action and apply all [of] the stuff I’ve done all summer.”
Jets News
Recent articles from Thomas Hall