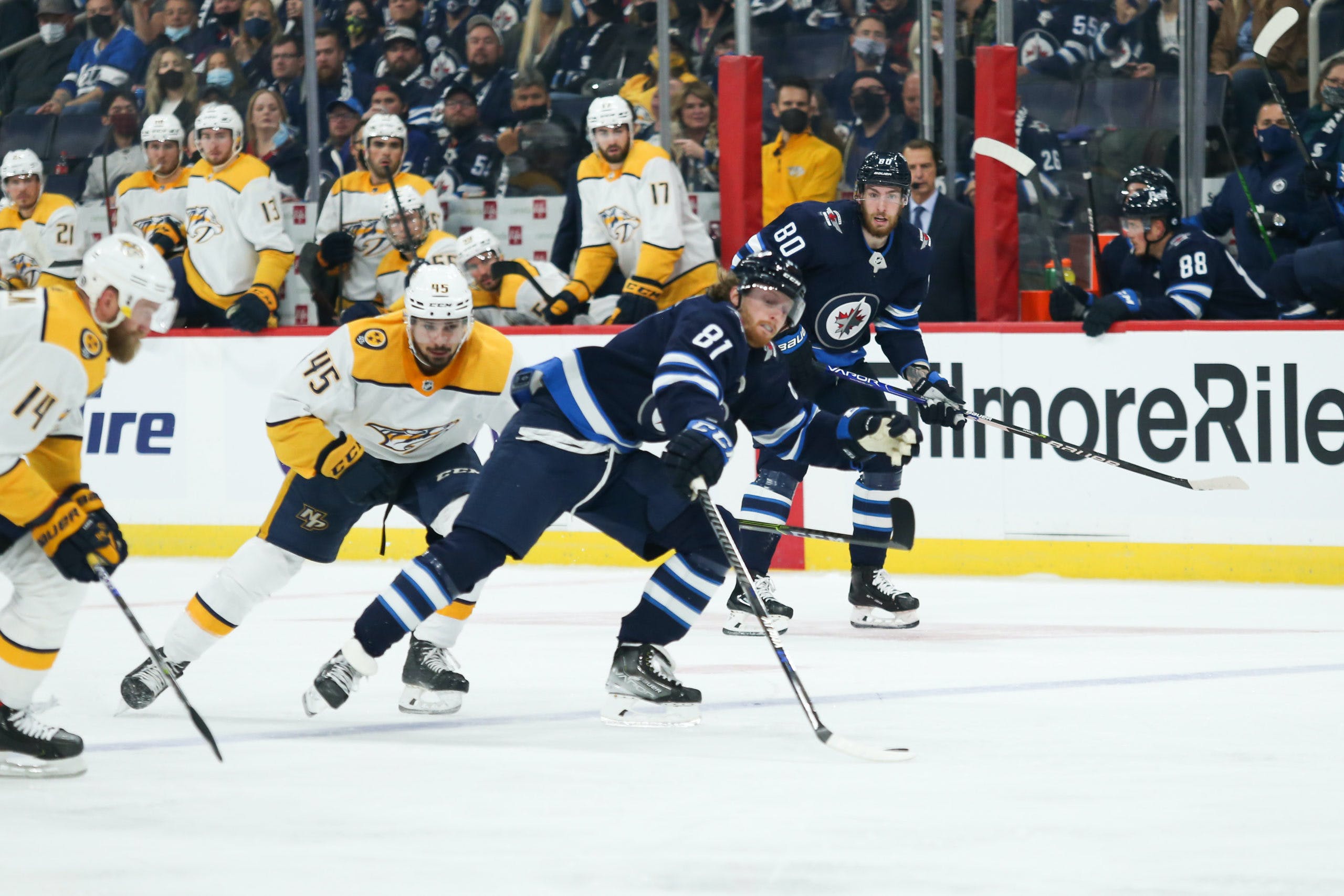 By Thomas Hall
1 year ago
Coming off a week that saw the Winnipeg Jets perform to a 2-0-1 record, forward @Kyle Connor has been named as the National Hockey League’s First Star of the Week for his remarkable performance from Oct. 17-23, as announced per the league’s social media account.
Over three games during that span, Connor, 24, was one of the Jets’ main offensive contributors, as he posted five goals and eight points over his 22:32 minutes of ice time per game.
As for the other two accolades, Edmonton Oilers captain @Connor McDavid, who scored three goals and eight points, earned recognition as the NHL’s Second Star of the week.
Additionally, New York Islanders goaltender @Ilya Sorokin ranked third among this competition for producing a 3-0-1 record, 0.99 goals-against average and a pair of shutouts.
Enjoying a red-hot start to the 2021-22 campaign, Connor has been scoring in bunches out of the gate and currently leads all Winnipeg skaters in total goals (six), even-strength goals (five), total points (nine), even-strength points (six) and is tied with defenceman @Nate Schmidt for the most power-play points (three), according to NHL.com.
Thanks to this stellar showing through five games, amazingly, the 6’1″ forward is on pace to register 98 goals and 148 points over an 82-game span – those totals will obviously shrink once the schedule progresses. Still, the Jets couldn’t have asked for a better performance from No. 81 so far.
After enjoying a mini two-game homestand, Winnipeg is now slated to depart on another west coast trip, which will begin Tuesday against the Anaheim Ducks at 9:00 pm CT.
Jets News
Recent articles from Thomas Hall