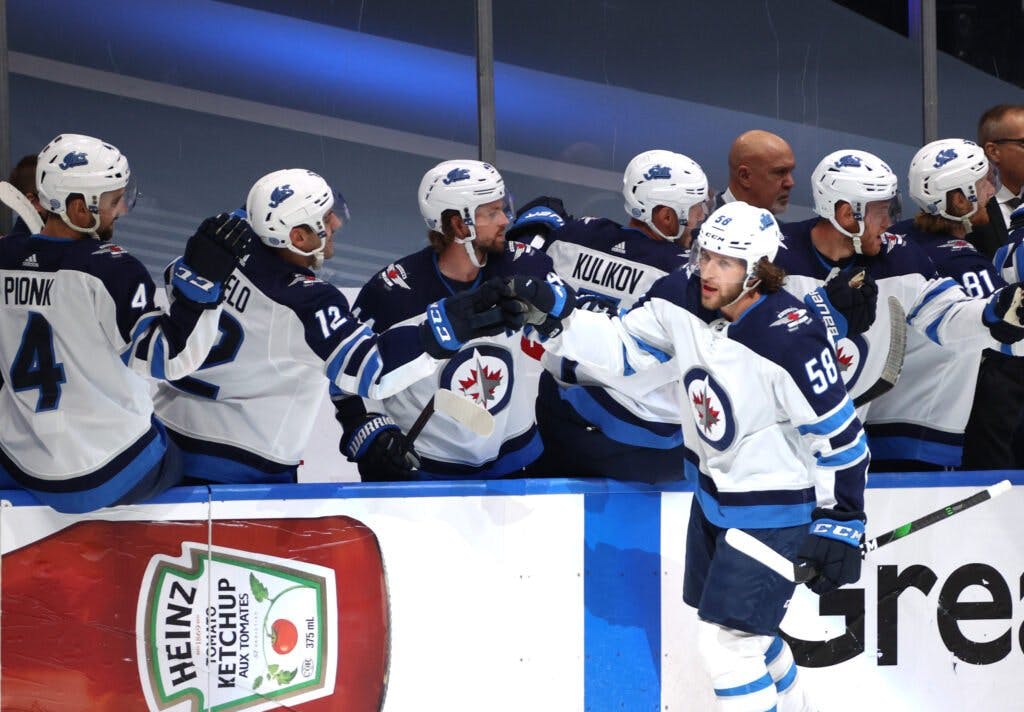 By Thomas Hall
1 year ago
Preparing for a third straight game against the Calgary Flames, the Winnipeg Jets will be a little shorthanded during their 11th game of the season, as forward @Jansen Harkins will be held out of Thursday’s showdown.
Following Thursday’s morning skate at Bell MTS Place, coach Paul Maurice revealed to members of the media that Harkins suffered a lower-body injury, which will force him out of the lineup.
In Harkin’s absence, teammate @David Gustafsson, who’s sat out the last two games as a healthy scratch, will draw back into the lineup on Thursday and will skate alongside forwards @Trevor Lewis and @Kristian Vesalainen on the Jets’ fourth line.
It remains unclear as to how the 23-year-old suffered this injury and the team is currently listing him as day-to-day.
Through nine games this season, Harkins has averaged 8:23 minutes of ice time, producing four shots on net, two hits, one block, one takeaway and a 61.5% faceoff percentage.
Winnipeg is scheduled to take on Calgary on Thursday at 7 pm CT.
Jets News
Recent articles from Thomas Hall