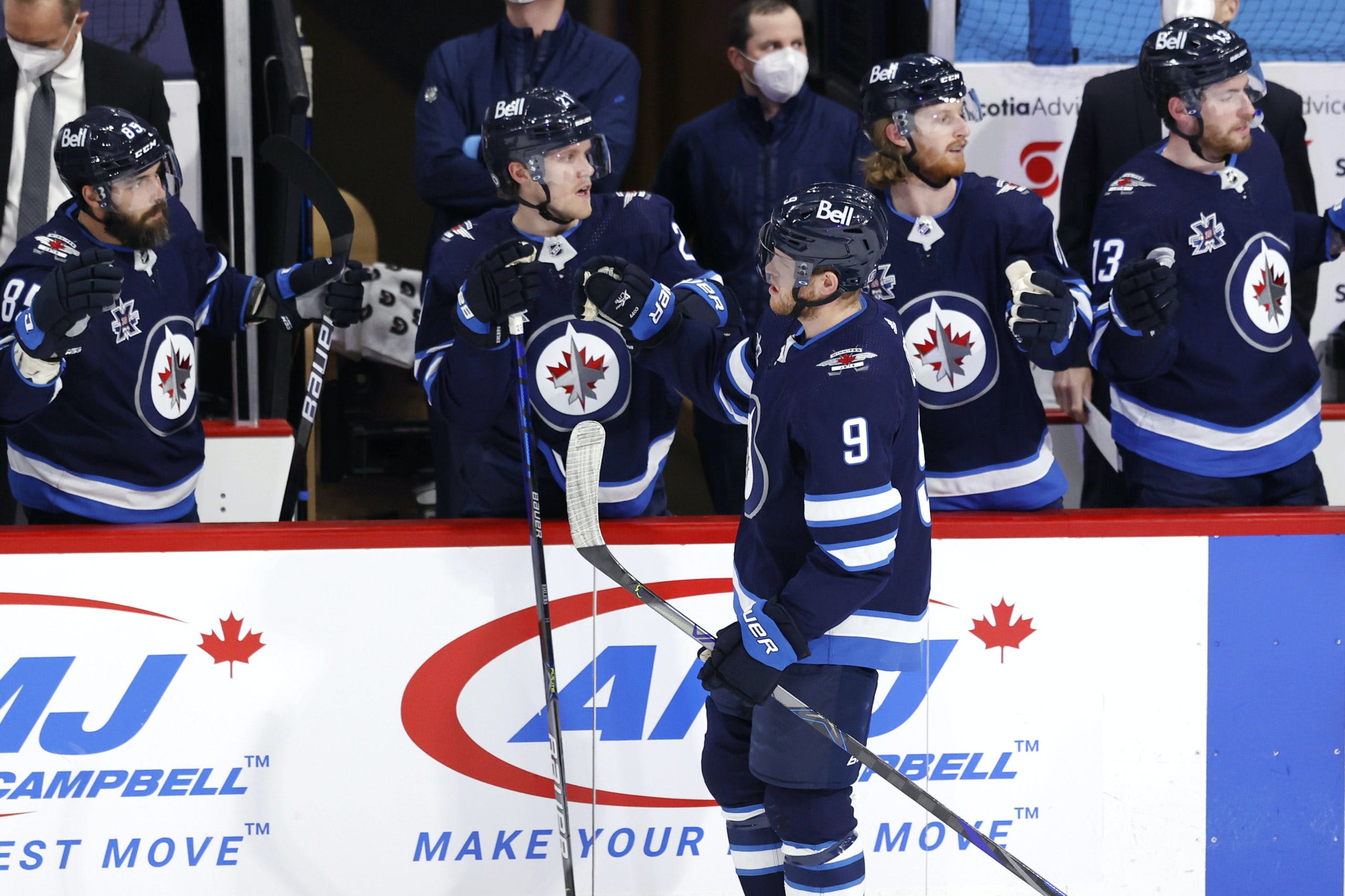 By Thomas Hall
1 year ago
After avoiding arbitration with defenseman @Neal Pionk on Wednesday, the Winnipeg Jets only had one notable restricted free agent remaining and the front office didn’t waste any time resolving that issue, as they’ve re-signed forward @Andrew Copp to a one-year contract extension.
Originally scheduled for an arbitration hearing on Aug. 26, Copp, 27, will no longer need to attend that meeting as he’s now signed through the 2021-22 campaign, featuring a $3.64 million cap hit, according to PuckPedia.com.
While there was some speculation the Jets would push for a multi-year deal, both sides focused on eliminating the need for arbitration and ultimately agreed to a short-term contract, potentially allowing Copp to enter unrestricted free agency next summer.
As a result of this signing, Winnipeg now exceeds the $81.5 million salary cap by just over $5 million, but with veteran @Bryan Little’s $5.29 million contract expected to be placed on long-term injured reserve, the club actually features almost $300,000 in spending.
Despite being positioned on the third line last season, Copp exploded offensively and enjoyed the top statistical performance of his career, resulting in career-highs in total goals (15), power-play goals (six), total points (39), even-strength points (26), power-play points (12) and points per game (0.71) over 55 games.
In addition, the former fourth-round selection also generated 115 shots on goal, 67 hits, 41 blocks, 22 takeaways and a 53.0% faceoff percentage.
As for the postseason, Copp’s offensive production regressed as he only registered two assists, however, he was still able to create 17 hits, 7 blocks, five takeaways and a 53.4% faceoff percentage through eight contests.
Winnipeg will open its preseason schedule on Sep. 26 against the Ottawa Senators.
Jets News
Recent articles from Thomas Hall