Jets Expected to be Without F Patrik Laine, Nate Thompson on Saturday Against Senators 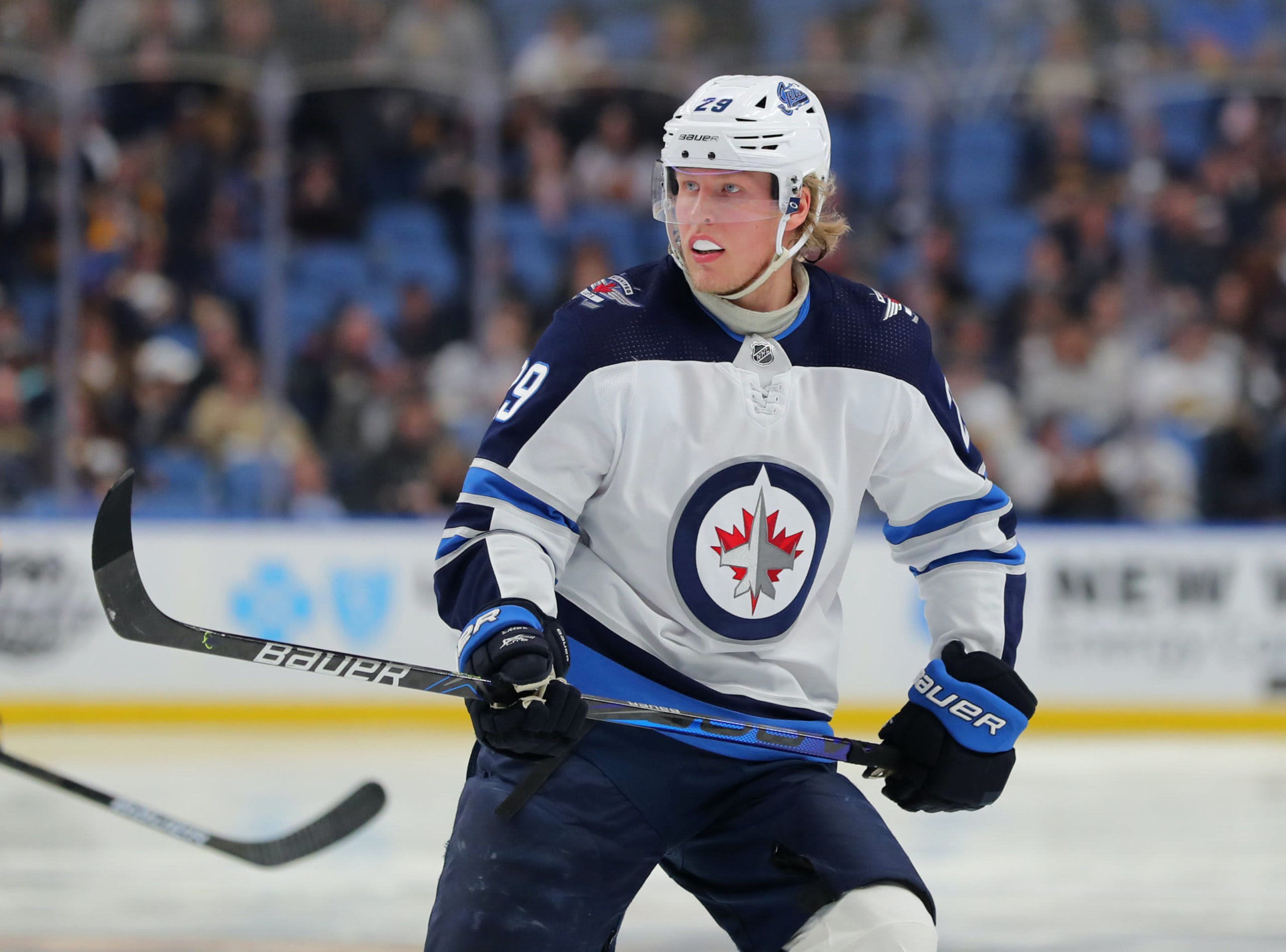 By Thomas Hall
1 year ago
After capturing a 4-1 win against the Ottawa Senators on Thursday, the Winnipeg Jets flew back home and are scheduled to begin another back-to-back series starting on Saturday, but they’ll have a few holes to fill involving their forward group.
Following Friday’s optional skate, coach Paul Maurice confirmed to members of the media that forwards @Patrik Laine, who’s missed the last three games with an upper-body injury, and @Nate Thompson won’t be available to participate on Saturday night against the Senators.
For Laine, he’ll miss his fourth straight game due to this nagging injury. As for Thompson, who suffered a lower-body injury during Thursday’s contest, he’ll require some additional time before being able to return to action.
Needing someone to fill in on the fourth line, Maurice revealed forward @Kristian Vesalainen will jump into the lineup, allowing teammate @Jansen Harkins to earn an opportunity to move over to the center position.
On a positive note, defenseman @Dylan DeMelo, who missed the first four games of the season due to the birth of his new child, is slated to make his season debut on Saturday.
The Jets are scheduled to take on the Senators for the third straight game and the puck will drop at 9 pm CT.
Jets News
Recent articles from Thomas Hall