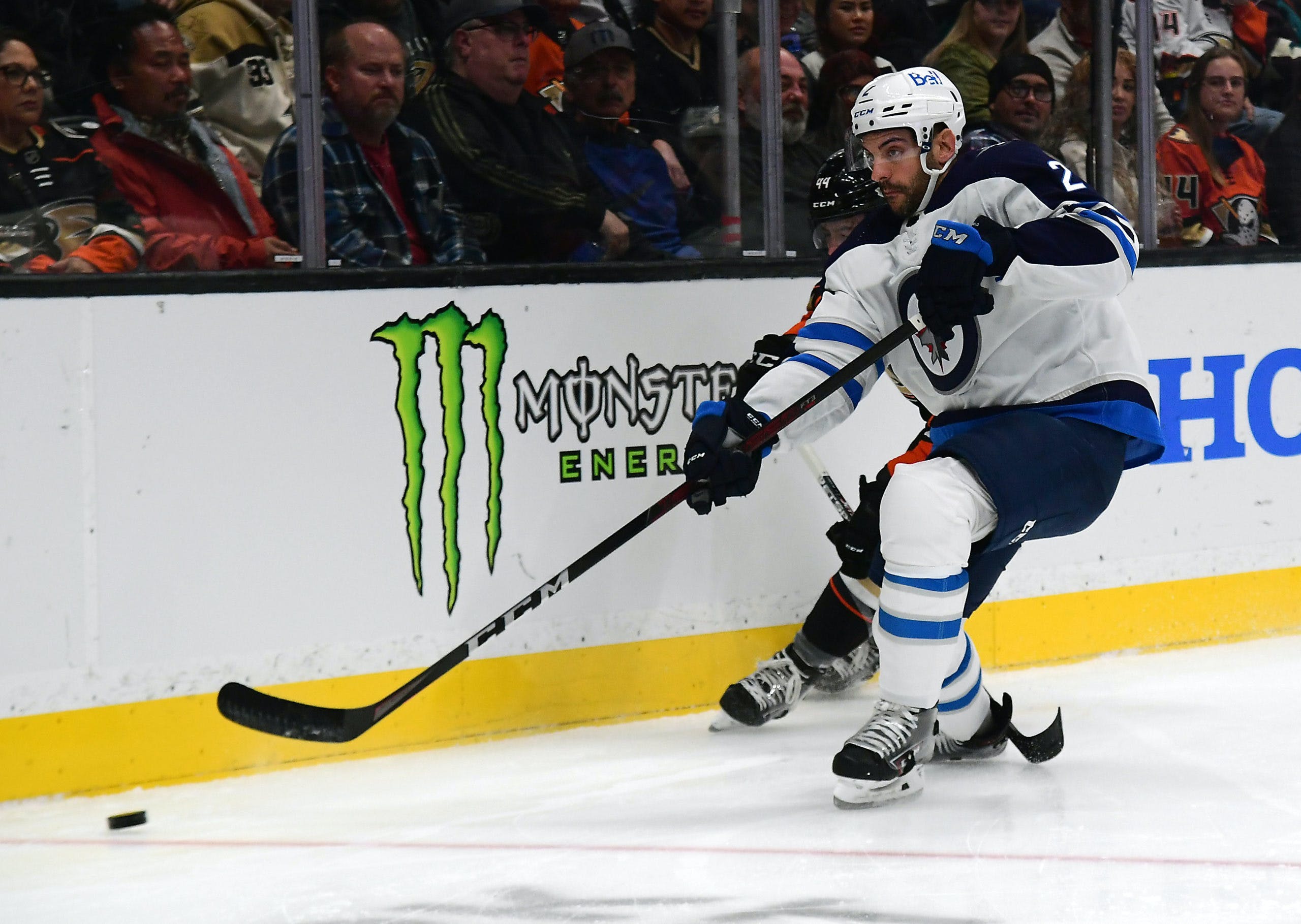 By Thomas Hall
10 months ago
With the Winnipeg Jets preparing to play their first game since Jan. 6, it appears they might be receiving some reinforcements as defenceman @Dylan DeMelo could potentially return from the COVID-19 list Thursday against the Detroit Red Wings.
Following Wednesday’s morning practice, interim coach Dave Lowry revealed that DeMelo has been cleared from the National Hockey League’s COVID-19 protocol and will travel to Detroit. That being said, the team wants to have the 6’1″ blueliner skate on his own first before officially providing him with the green light to return.
DeMelo, 28, entered the NHL’s COVID-19 protocol prior to Winnipeg’s contest against the Colorado Avalanche on Jan. 6. After isolating for a minimum of five days, the right-handed defenceman has been cleared to resume hockey activities.
If the veteran skater doesn’t end up playing against the Red Wings, however, rookie @Declan Chisholm is expected to make his NHL debut alongside fellow rookie @Dylan Samberg.
Along with DeMelo, teammate @Jansen Harkins – who also landed on the league’s COVID list on Jan. 6 – has received clearance to exit isolation as well, and is hoping to practice on his own before Thursday’s morning skate at Little Caesars Arena. Even if he does re-enter the line-up, the expectation is for rookie phenom @Cole Perfetti to be paired next to @Kyle Connor and @Pierre-Luc Dubois.
Despite this encouraging development, the Jets still have five skaters in COVID protocol, including @Nikolaj Ehlers, @Ville Heinola, @Logan Stanley, @Nathan Beaulieu and @Kristian Reichel.
Winnipeg is scheduled to resume play Thursday in Detroit at 6:30 pm CT.
Uncategorized
Recent articles from Thomas Hall