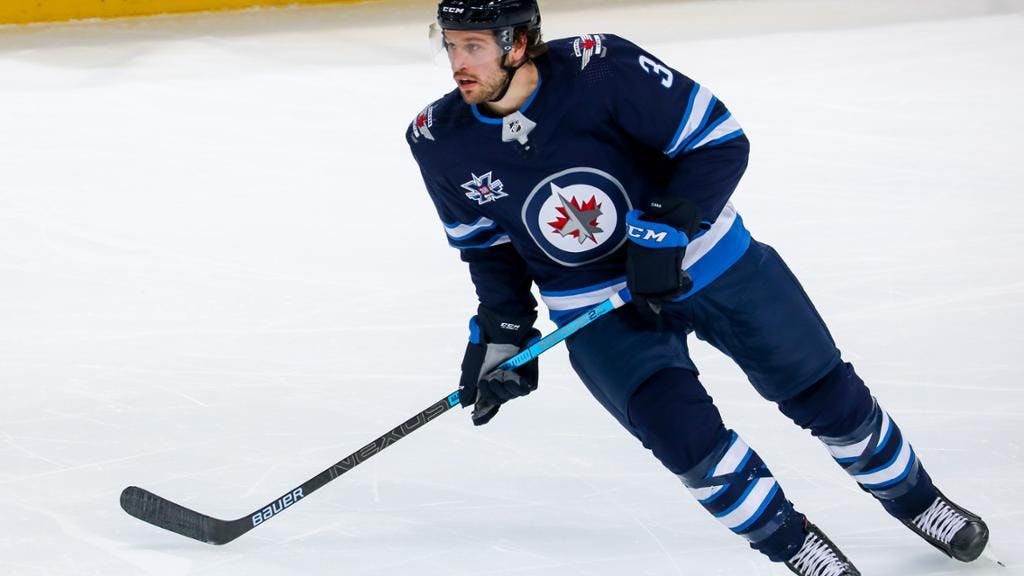 By Thomas Hall
1 year ago
Even though the Winnipeg Jets came away with a 4-3 victory against the Vancouver Canucks on Sunday, defenseman @Tucker Poolman, 27, was forced to leave the game early and was also absent from Tuesday’s practice at Bell MTS Place.
Following the club’s practice, coach Paul Maurice revealed to members of the media that Poolman left Sunday’s game with an upper-body injury and is now listed as day-to-day. That being said, Maurice also admitted it’s possible the 6′ 2″ blueliner could participate in Wednesday’s practice.
As of right now, it doesn’t appear like Poolman has sustained a significant injury, although no one will know for sure until he skates on the ice. Since the Jets are off until Thursday, this break in the schedule might prevent the veteran defenseman from missing any time.
But if he requires additional time off, teammate @Logan Stanley, who’s played 13 games this season and is currently on the taxi squad, would likely fill in as his replacement.
After recovering from COVID-19, Poolman has appeared in seven games and has averaged 16:50 minutes of ice time per game, producing 11 shots on net, 11 blocks and six hits.
Winnipeg is scheduled to take on the Montreal Canadiens on Thursday at 7 pm CT.
Jets News
Recent articles from Thomas Hall