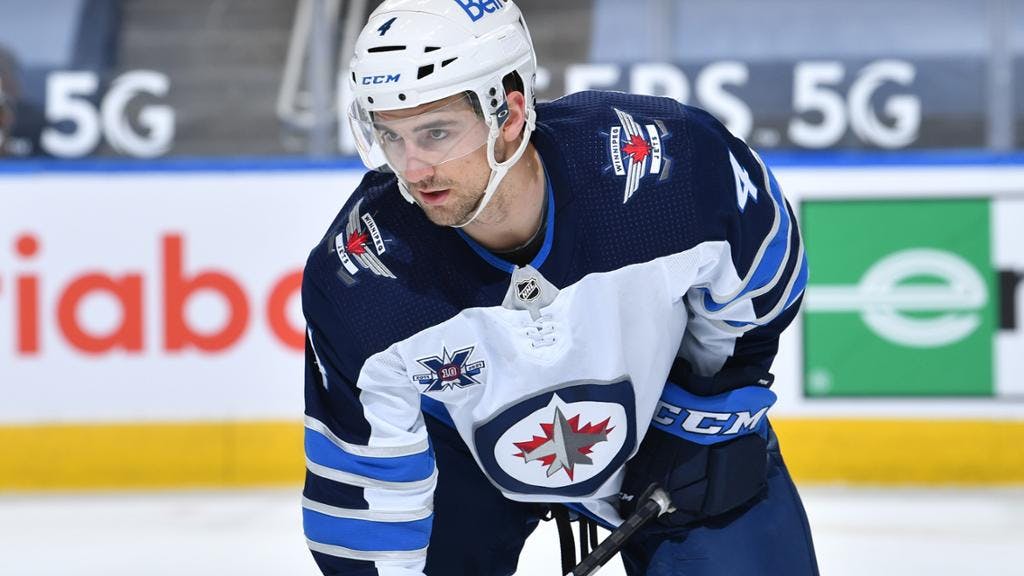 By Thomas Hall
1 year ago
With just four games remaining in the regular season, it’ll be extremely important for the Winnipeg Jets to focus on keeping every skater healthy and prepared for the upcoming postseason, which is exactly the approach they’re currently taking with defenseman @Neal Pionk.
After Pionk, 25, missed Friday’s practice at Bell MTS Place, coach Paul Maurice revealed the right-hander took a maintenance day in hopes of having him at 100 percent during Saturday’s contest against the Ottawa Senators.
Having said that, Maurice also admitted the former undrafted free agent might be held out of action if he’s still operating at 98 percent. At this point of this season, the Jets just want to make sure one of their most important blueliners isn’t forced to battle through any bumps or bruises during the playoffs.
Serving as a crucial member of Winnipeg’s backend this season, Pionk has averaged 22:03 minutes of ice time per game, producing three goals, 31 points, 10 power-play points, 0.6 points per game, 133 hits, 96 shots on net, 71 blocks and 16 takeaways.
The Jets are scheduled to face off against the Senators on Saturday at 6 pm CT.
Jets News
Recent articles from Thomas Hall