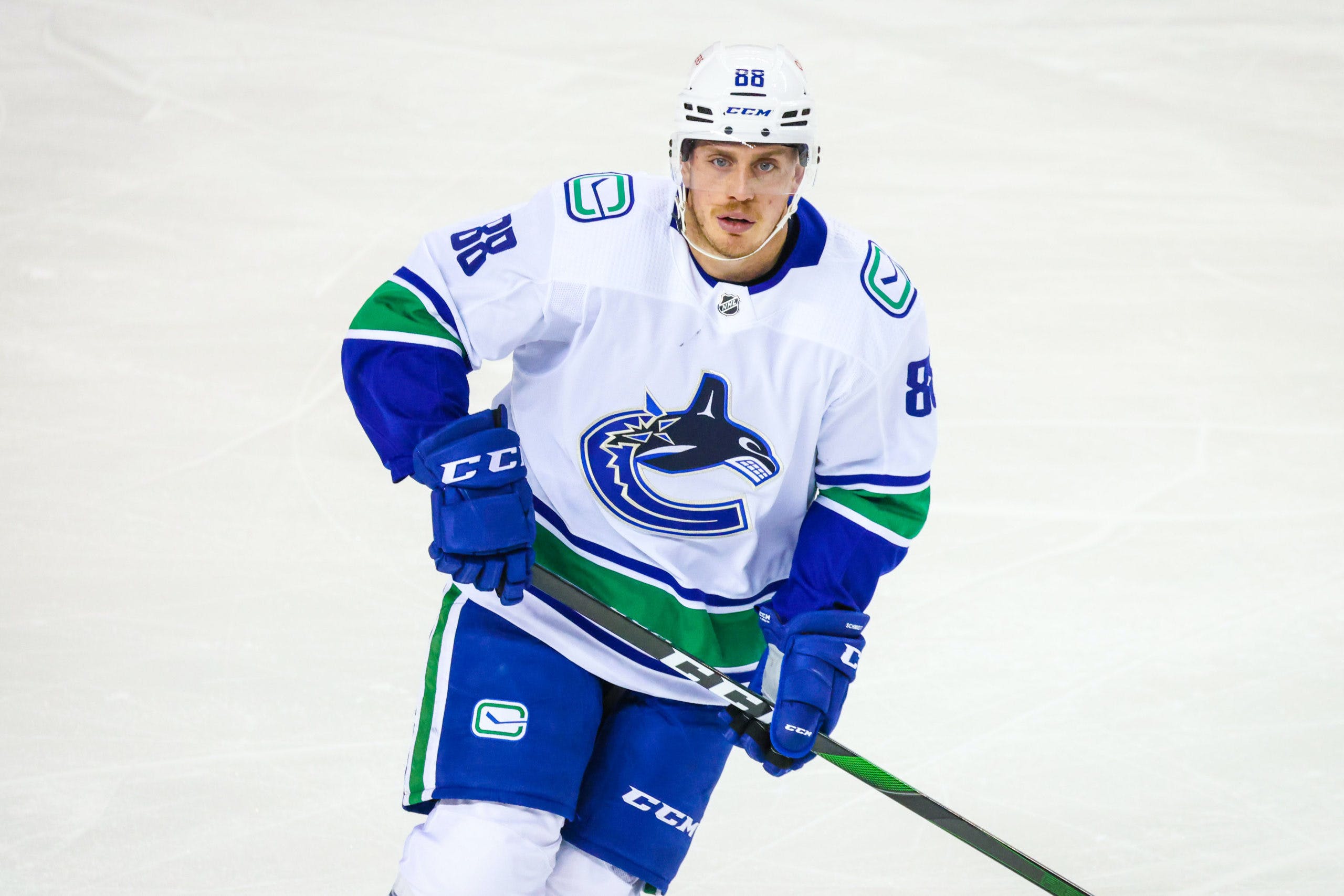 By Thomas Hall
1 year ago
Following a second-round departure from the 2021 Stanley Cup Playoffs, the Winnipeg Jets knew they needed to capitalize on their current core and help dramatically improve the blue line this off-season, which is exactly what the front office has accomplished by acquiring defenseman @Nate Schmidt from the Vancouver Canucks.
Just one day after trading for veteran @Brenden Dillon, who’s expected to serve a key role next season, the Jets made another move to shore up their backend as they sent a 2022 third-round pick to the Canucks in exchange for Schmidt. Along with surrendering a draft pick, this team also took on the entirety of the 30-year-old’s remaining contract that carries a $5.95 million cap hit per season through 2024-25, according to PuckPedia.com.
After spending three successful seasons with the Las Vegas Golden Knights, the veteran blueliner was traded to the Canucks last off-season, although things couldn’t have gone worse for him on the west coast as he endured one of the worst statistical performances of his career. Now that he’s been provided a change of scenery, the 6’1″ defenseman will be aiming to bounce back during his inaugural campaign with the Jets.
“I’m probably my harshest critic on how I play. I know there’s more to give and I’m excited about starting fresh with Winnipeg,” Schmidt explained. “I’m someone that really kind of thrives off of the energy and fans and having that. I think a lot of guys are. And guys realize that more this year than they ever have how important that is to have people in the building.”
Though Schmidt is left-handed, he’s historically been positioned on the right side throughout his career and that’s likely an area he’ll occupy in Winnipeg, potentially allowing him to skate alongside teammate @Josh Morrissey next season. Having said that, the former undrafted free agent is open to being utilized in any role imaginable as long as it keeps him on the ice.
“Whatever it takes to get me in the lineup, I’ll play. It just evolved from there,” Schmidt detailed. “I think sometimes it’s easier to play D on the right side. It’s a little harder on some breakout passes, but it’s usually easier to play D because your stick is extended to the outside and you don’t have to cross your feet over, or cross your body over.”
Failing to perform up to his expectations in Vancouver, Schmidt averaged 20:06 minutes of ice time per game, producing just five goals, 15 points (fewest since 2014-15), 0.28 points per game, 76 shots on goal, 72 blocks, 18 takeaways and 15 hits over 54 games this past season.
Digging deeper into his disappointing showing, the former Canuck generated career worsts in CF percentage (45.3%), FF percentage (46.6%), GF percentage (45.3%), xGF percentage (45.6%) and HDGF percentage (36.1%) during five-on-five situations, according to NaturalStatTrick.com.
While the off-season is far from over, the Jets have certainly gotten off to a great start by addressing a crucial need on defense out of the gate, allowing them to focus their attention on rounding out the rest of the roster moving forward. Whoever is added along the way, they’ll be joining a talented group that has high hopes of making another deep playoff run in 2021-22.
“I just really liked how this is shaping up, how this Jets team is being put together,” Schmidt discussed. “We want guys that want to be here and want to rock and roll and want to win. This is what we’re looking for, and that’s what I was looking for.”
Jets News
Recent articles from Thomas Hall