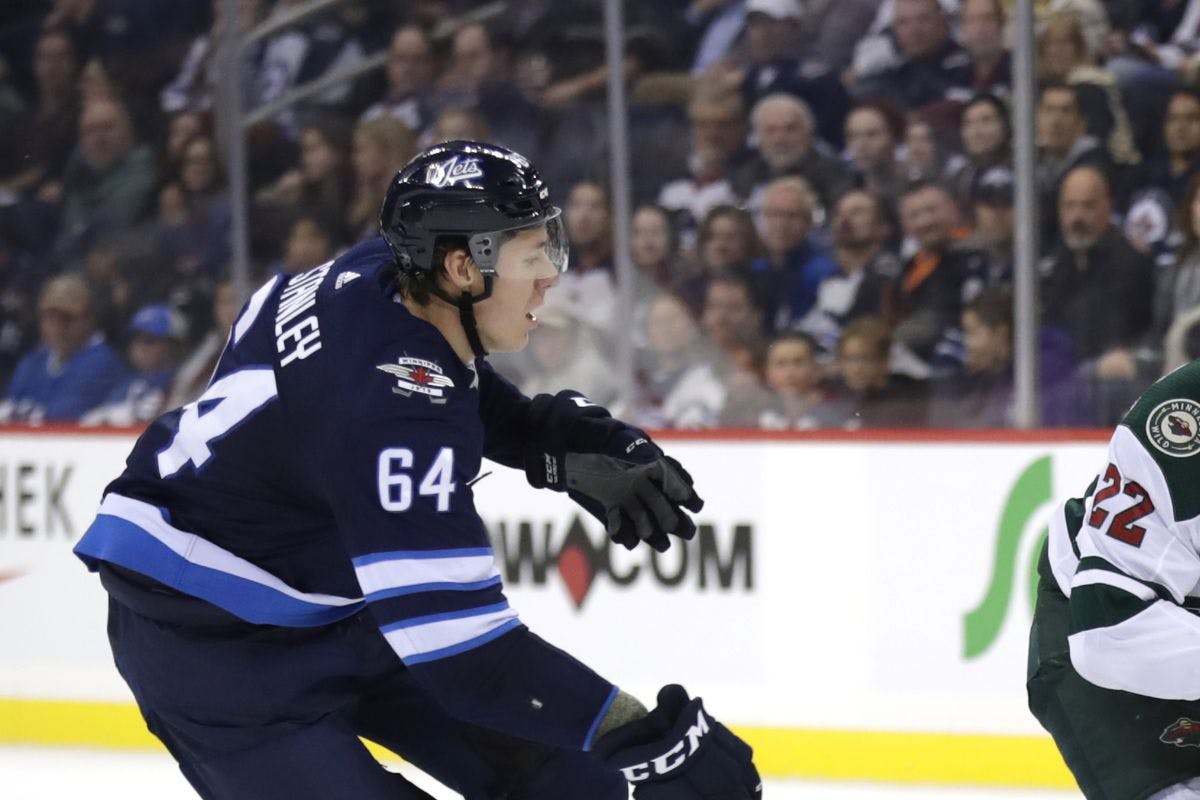 By Thomas Hall
1 year ago
Slated to begin a three-game road trip on Monday in Toronto, the first game of this schedule will serve as a very special moment for one of the Winnipeg Jets’ top young blueliners.
Following Monday’s morning skate, defenseman @Logan Stanley, 22, announced during his zoom call with the media that he’d be making his NHL debut at Scotiabank Arena.
With both @Dylan DeMelo and @Tucker Poolman, who remains on the league’s COVID-19 list, unavailable for this upcoming road trip, Stanley will be needed to fill in on the blue line and could potentially play in each of the next three games.
Over his 44 games with the Manitoba Moose of the AHL last season, the Ontario native posted three goals, 10 points, and 70 shots on net during that span.
The Jets also announced forward @Patrik Laine will miss Monday night’s game due to an upper-body injury, forward @Jansen Harkins will draw into the lineup as his replacement.
Winnipeg is scheduled to play six games in nine days, starting against the Toronto Maple Leafs on Monday night at 6 pm CT.
Jets News
Recent articles from Thomas Hall