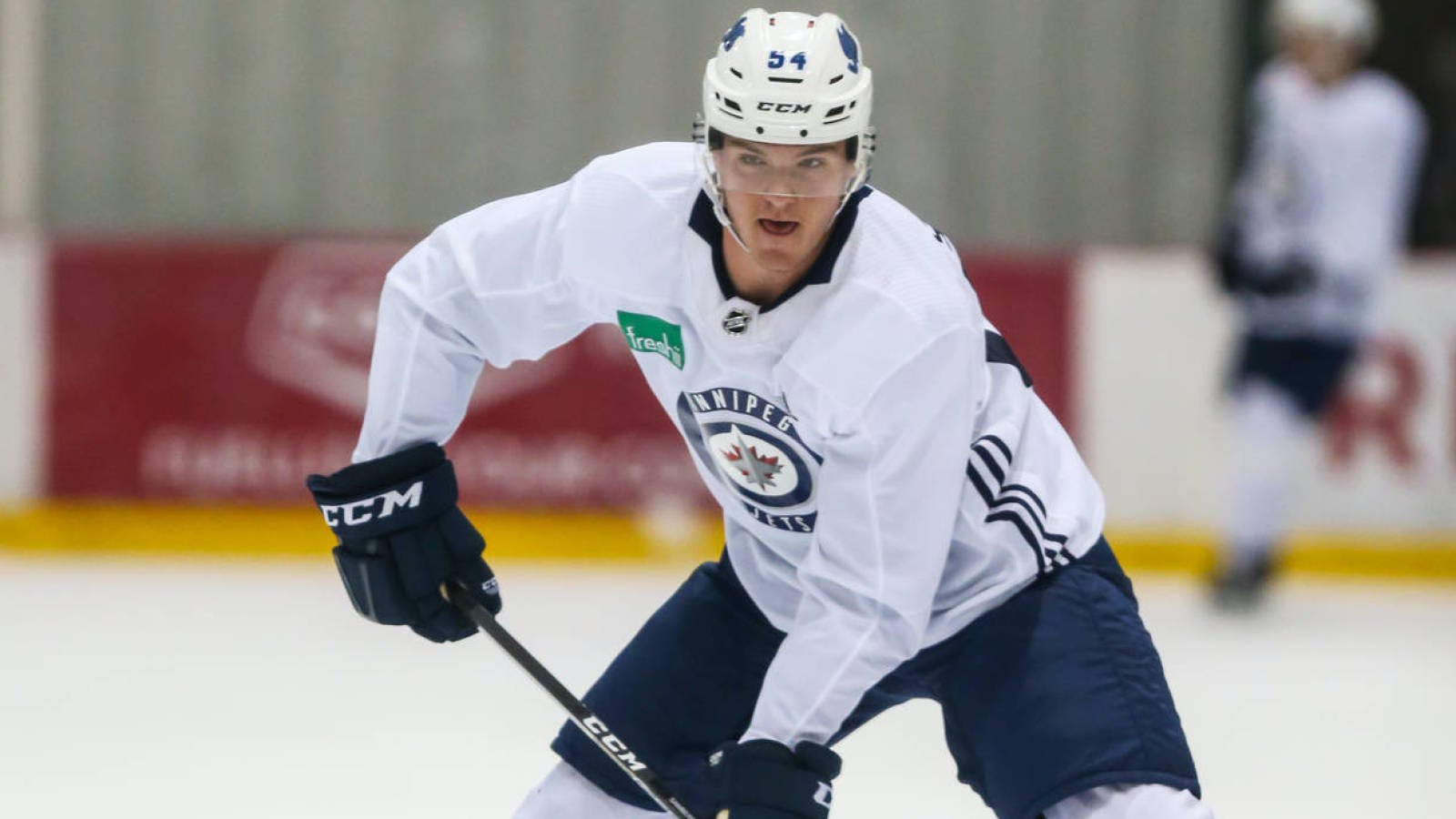 By Thomas Hall
1 year ago
Be prepared to brace yourself, it’s only Day 2 of training camp for the Winnipeg Jets and there’s already a crushing injury to one of their most encouraging young defenders, as prospect @Dylan Samberg has suffered a high ankle sprain.
Speaking to the media following the club’s morning scrimmage, general manager Kevin Cheveldayoff confirmed the injury to Samberg, 22, who may miss upwards of six-to-eight weeks.
Though it would’ve been a long shot for Samberg to break camp with the Jets in 2021-22, he, along with teammate @Ville Heinola, are high on the team’s AHL depth chart. As a result, both were expected to serve as crucial pieces on the Manitoba Moose’s backend to begin this season.
But now, Samberg will likely be sidelined for the first two months of the schedule, meaning his chances of making his NHL debut have just taken a significant hit. At best, the 6’4″ blueliner could be in line for a potential return before the Christmas break, however, that remains to be seen.
Enjoying a productive performance with the Moose in 2020-21, the former second-round pick appeared in 32 games, posting one goal and seven points during that span.
Winnipeg will open the preseason against the Ottawa Senators on Sep. 26 at 7 pm CT.
Jets News
Recent articles from Thomas Hall