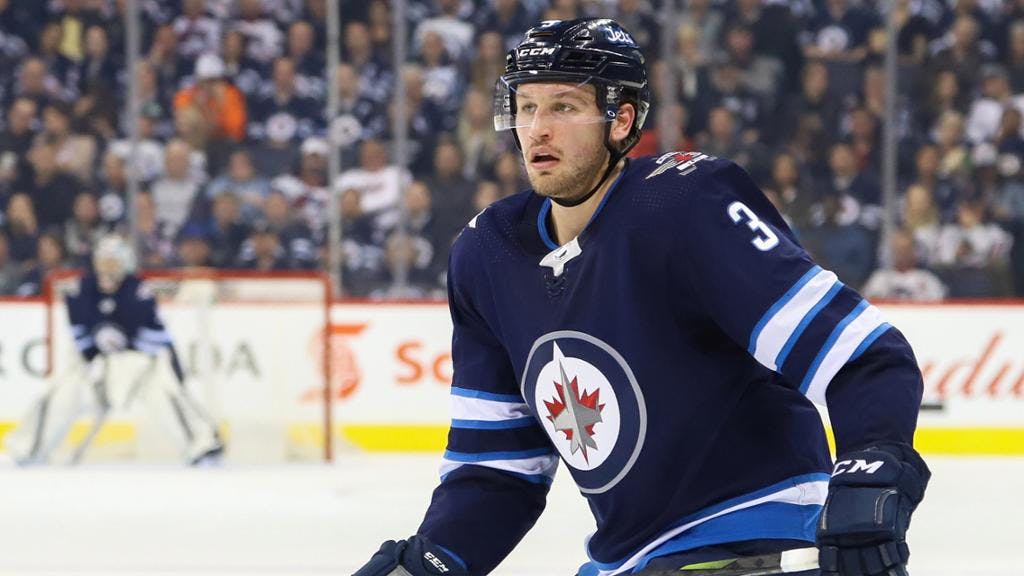 By Thomas Hall
1 year ago
Set to take on the Ottawa Senators at Bell MTS Place, the Winnipeg Jets will have a familiar face back on the ice as defenseman @Tucker Poolman, 27, will draw back into the lineup on Thursday.
After missing the last 11 games due to COVID-19, coach Paul Maurice confirmed that Poolman will finally make his return on Thursday night against the Senators.
With Poolman reentering the lineup, Winnipeg has decided to make forward @Kristian Vesalainen a healthy scratch, meaning they’ll play with seven defensemen and 11 forwards on Thursday.
In the season opener, the 27-year-old earned 18:53 minutes of ice time, producing a pair of blocks and earning a -1 +/- rating.
Winnipeg is scheduled to take on Ottawa at 7 pm CT.
Jets News
Recent articles from Thomas Hall