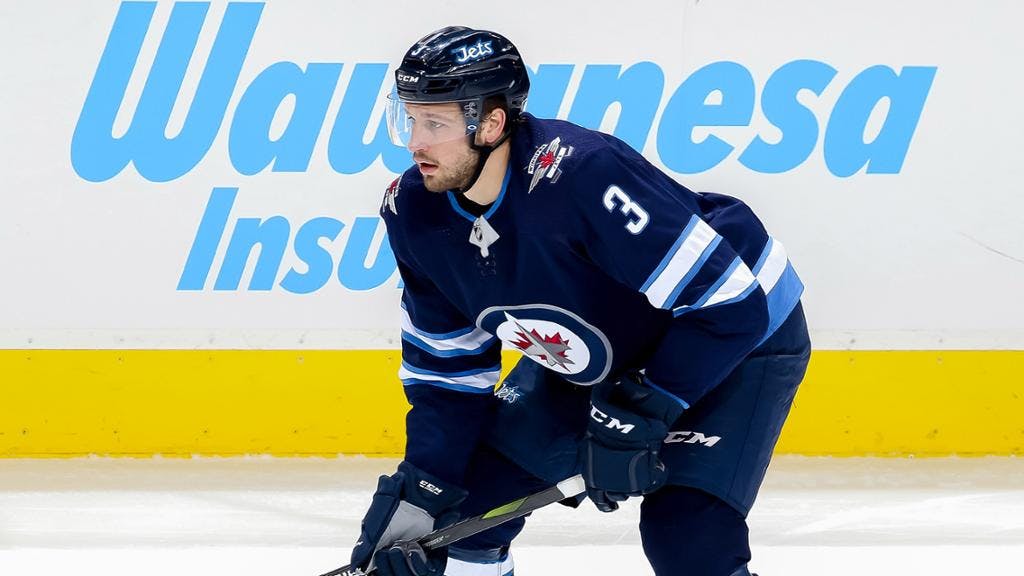 By Thomas Hall
1 year ago
After being held scoreless in a losing effort on Monday night against the Vancouver Canucks, the Winnipeg Jets will be attempting to bounce back during the second game of this back-to-back series and they’ll have a familiar face back in the lineup on Tuesday.
Following the club’s optional morning skate, coach Paul Maurice revealed to the media that defenseman @Tucker Poolman, who’s missed the last three games due to an upper-body injury, would be activated off the injured reserve ahead of Tuesday’s game.
With Poolman, 27, returning to the lineup, he’s expected to rejoin teammate @Josh Morrissey on Winnipeg’s top defensive pairing. Additionally, veteran @Nathan Beaulieu will move back to the third defensive pairing and will skate alongside @Dylan DeMelo, meaning @Sami Niku will serve as a healthy scratch.
Along with an upper-body injury, the veteran blueliner has also missed time this season due to COVID-19, which sidelined him for 11 games.
Over his seven games in 2020-21, Poolman has averaged 16:50 minutes of ice time per game, producing 11 shots on net, 11 blocks, six hits, five scoring chances and one high-danger scoring chance.
Winnipeg is scheduled to take on Vancouver at 7 pm CT on Tuesday.
Jets News
Recent articles from Thomas Hall