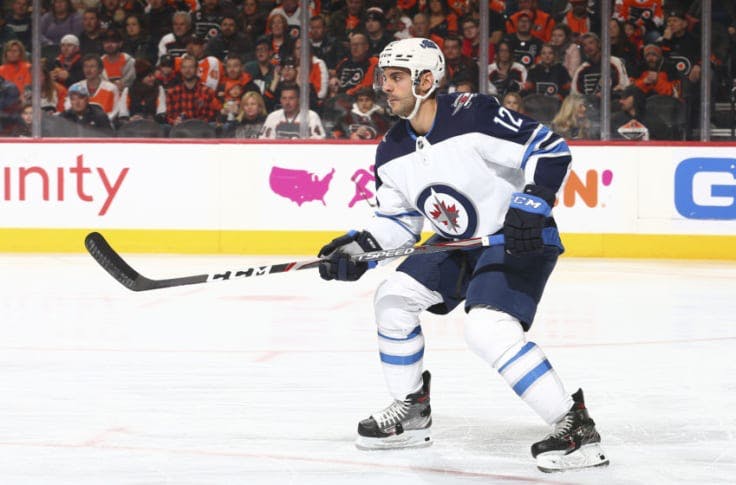 By Thomas Hall
1 year ago
After months of anticipation, the puck will finally drop on the Winnipeg Jets’ 2020-21 campaign on Thursday night, but the club has announced there’ll be a few lineup changes before things start rolling at Bell MTS Place.
Following the Jets’ morning skate, coach Paul Maurice revealed defenseman @Logan Stanley and forward @Mathieu Perreault will be activated from the taxi squad ahead of the season opener. Additionally, he also announced defenseman @Dylan DeMelo won’t be on the ice for the first game of the season as he and his wife just had a baby.
The Jets’ head coach also mentioned defenseman @Sami Niku will be replacing DeMelo for Thursday night’s game. As for forward @Nikolaj Ehlers – who missed Wednesday’s practice due to COVID-19 protocols – there’s still a chance he could suit up against the Calgary Flames, but forward @Kristian Vesalainen will draw into the lineup if he’s unable to play.
Winnipeg and Calgary are set to open the 2020-21 campaign at Bell MTS Place at 7 pm CT.
Uncategorized
Recent articles from Thomas Hall