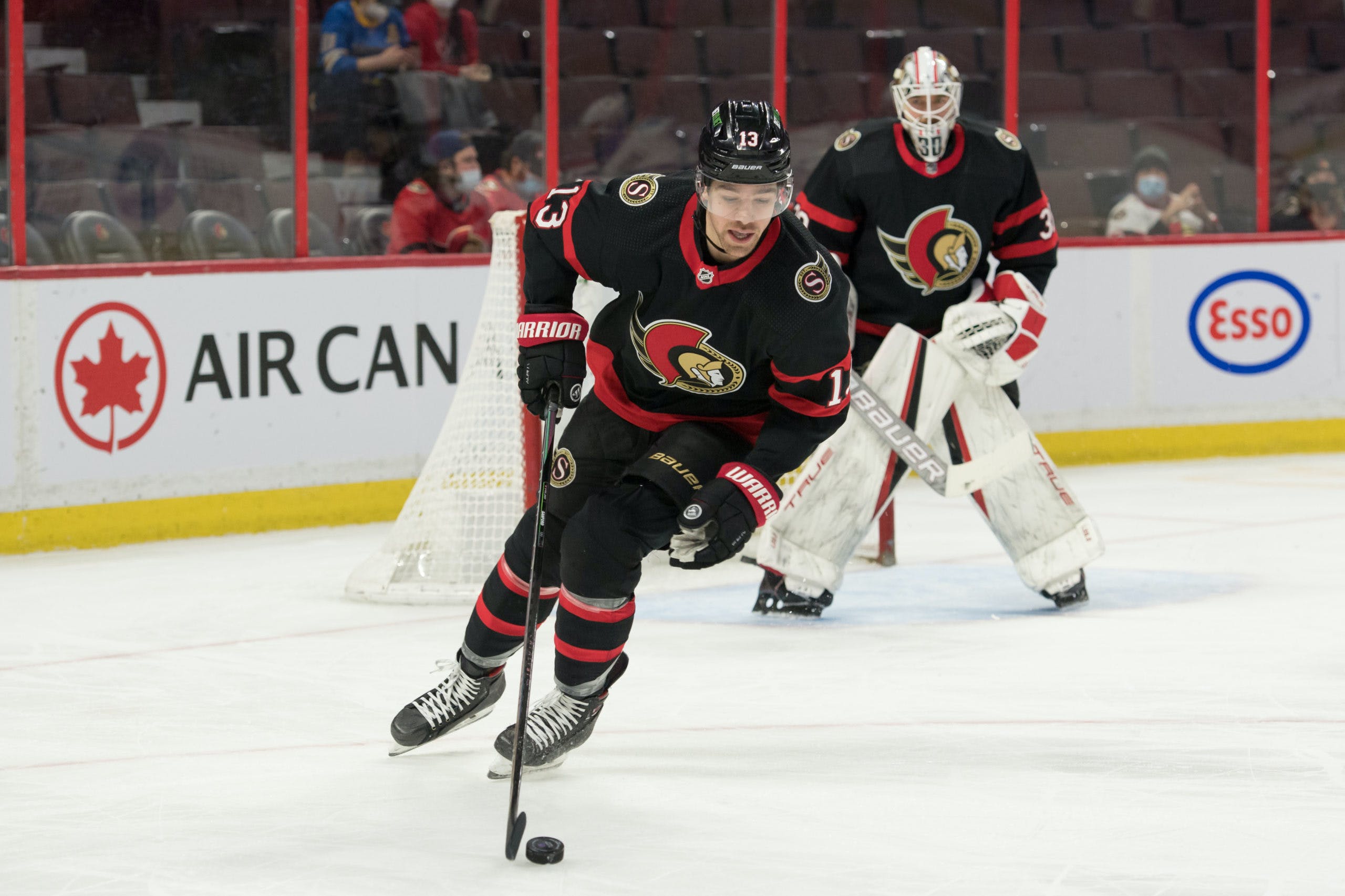 By Thomas Hall
8 months ago
In another somewhat surprising move, the Winnipeg Jets have continued to strengthen their forward depth, acquiring @Zach Sanford from the Ottawa Senators.
As part of this trade, the Jets have agreed to send a 2022 fifth-round selection to the Senators in exchange for Sanford.
Sanford, 27, was awarded a one-year, $2-million contract through arbitration last off-season and was eventually traded to Ottawa before the season for @Logan Brown and a conditional 2022 fourth-rounder.
In 62 games, the 6’4″ winger has compiled 14:11 minutes of ice-time per night, posting nine goals and 17 points. Also, he registered 131 hits, 85 shots on goal, 55 blocks and 27 takeaways.
The Salem, Massachusetts, native is set to become an unrestricted free agent this off-season.
Following this trade, the Jets now own just five selections (first round, third round, fourth round, sixth round, seventh round) in the 2022 NHL Draft.
Winnipeg will host the Vegas Golden Knights on Tuesday, with puck drop scheduled for 7:00 pm CT.
More from Jets Nation:
Jets News
Recent articles from Thomas Hall