Jersey Advertisements are Coming in 2022-23, Which Company Should Jets Partner With? 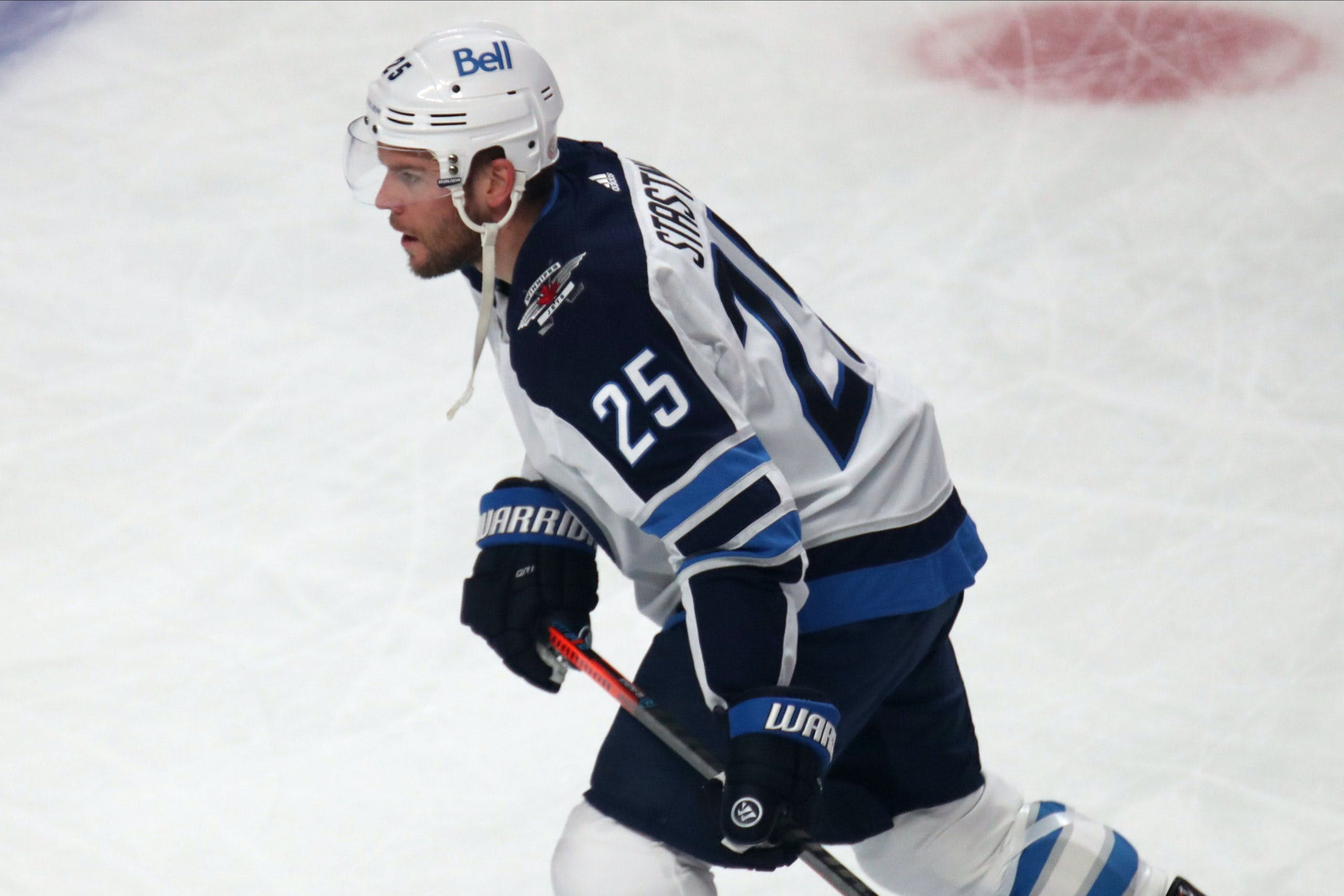 By Thomas Hall
1 year ago
Attempting to recoup some of the lost revenue caused by the COVID-19 pandemic, NHL commissioner Gary Bettman and the league’s board of governors have been brainstorming creative ideas on how to accomplish that feat, and they’ve recently agreed to introduce a new style of advertising after the 2021-22 season.
Continuing down the path of placing advertisements on equipment, which saw company logos placed on helmets last season, the league is planning to initiate a new policy that will allow teams to start placing ads on jerseys, beginning in 2022-23. So for fans who oppose this move, you better enjoy this upcoming season.
In comparison to the NBA, which started placing ads on jerseys in 2017-18, the NHL is expected to feature a slightly larger patch on each uniform as the dimensions are slated to be 3 inches by 3.5 inches. As for right now, the league is only planning to add one space for advertising purposes, but as we’ve seen overseas, exploring that avenue even further can be an extremely lucrative option.
Without getting too far ahead of ourselves, let’s refocus this recent development on the Winnipeg Jets and speculate on which company they may ultimately decide to partner with involving their jersey ad for next season.
Ok, so let’s take care of the most obvious choices first. Since Canada Life Assurance Co. signed a 10-year agreement to become the new naming rights holder of the Jets’ home arena back in June, it’d be a no-brainer to have them place their logo on the club’s jerseys in 2022-23.

This obviously wouldn’t be the most creative idea, but one that’d likely create a stronger working relationship with a fairly new advertising partner.
Moving on to another front-runner, Bell was the previous naming rights holder, and while they don’t own that title anymore, they still possess a working relationship with True North Sports & Entertainment as their logo will remain on the team’s helmets over the next five seasons.

Taking that into account, it’s possible Bell could pursue a similar agreement to also become Winnipeg’s jersey advertiser, although having two of their logos on the club’s equipment may look a little strange. That being said, money could easily solve that appearance dilemma for the organization.
Now that we’ve covered two of the more likely options, let’s explore two companies that probably don’t have much of a chance to acquire an advertising deal with the Jets, but nonetheless, would be very interesting candidates to have their respective logos on this team’s uniforms.
Salisbury House, which is a restaurant chain based in Winnipeg, is famously known for its incredible steaks and burgers. They were founded in 1931 and have continued to grow ever since then. Most importantly, they feature an extremely intriguing logo that was designed off their original Salisbury House, which was shaped like a triangle back in the 1930s.

Could Salisbury House outbid Canada Life or Bell to become the Jets’ jersey advertiser? Probably not, but there’s no question their triangle-shaped logo would look great on the team’s blue and white sweaters.
Next on this hypothetical list is Farmery Estate Brewery, who’s a privately owned company based out of Neepawa, Manitoba. Interestingly enough, Chris and Lawrence Warwaruk, who were on the verge of bankruptcy before starting their company, appeared on CBC’s Dragons’ Den back in 2013 and ultimately agreed to a partnership with investors David Chilton and Arlene Dickinson to help them open their business.

Now eight years later, the two brothers have successfully launched their brewery, which features products like Farmery Premium Lager, Blonde Canadian Pale Ale, Prairie Berry Ale, Pioneer Harvest Stout, Fresh Hop Ale, Robbie Scotch Ale, Hop Bine Rye IPA and Wind Chill Lager.
Is it possible the Jets would partner with a local brewing company? Sure, but would it be a realistic outcome? Not likely. Having said that, agreeing to this partnership would almost certainly be a perfect way to promote the message of buying local, which has become extremely important over the last 18 months.
Uncategorized
Recent articles from Thomas Hall