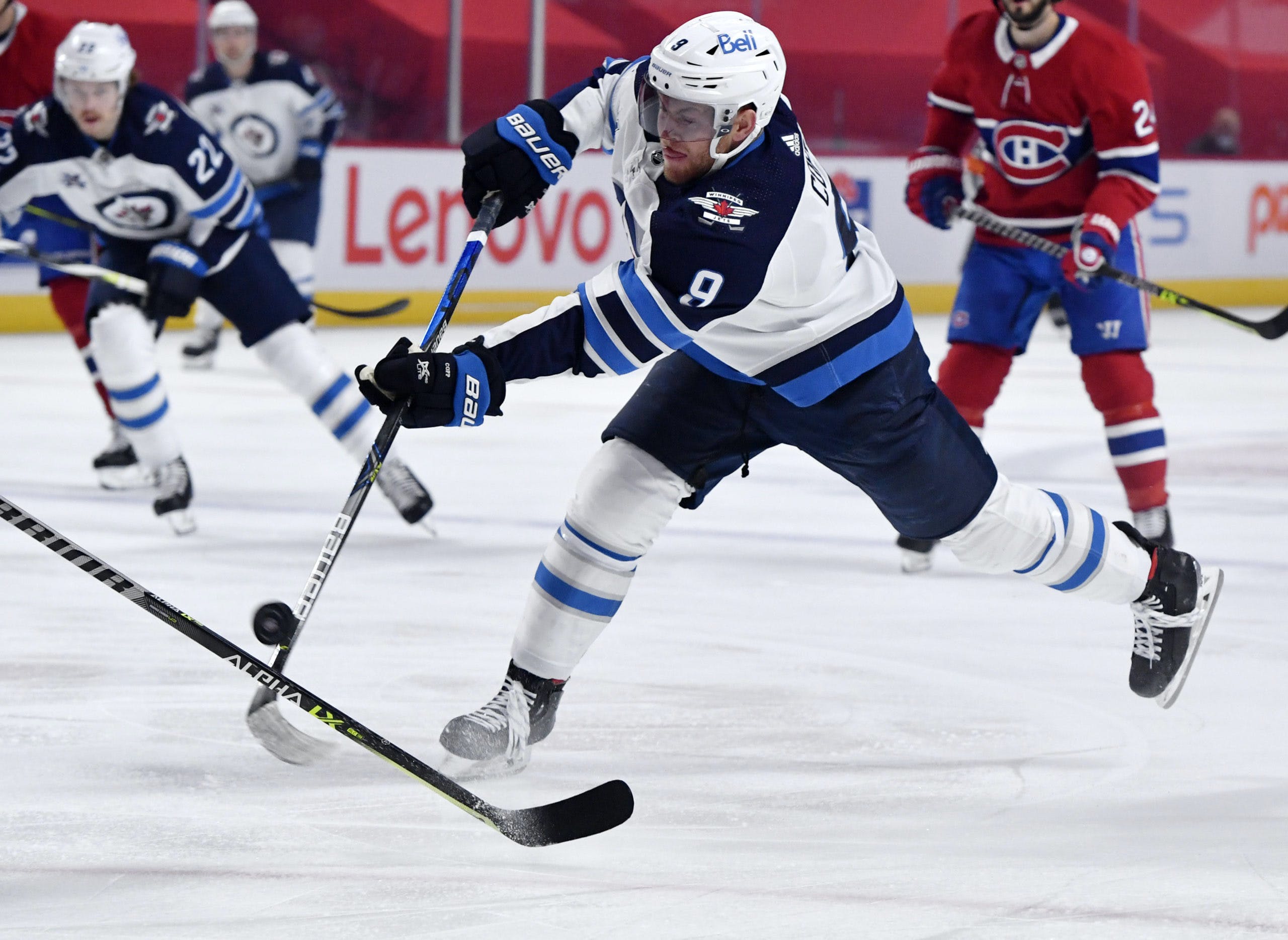 By Thomas Hall
1 year ago
It may be difficult to imagine, but forward @Andrew Copp is set to enter his eighth NHL season in 2021-22. Yes, it’s already been eight years since the Winnipeg Jets selected him in the fourth round of the 2013 NHL Draft – the second iteration of this team had only been in existence for two seasons at that time.
Fast-forward to 2021, Copp is currently a restricted free agent and is also arbitration-eligible for the final time in his career, as he’ll become eligible for unrestricted free agency after next season. So unless the 27-year-old signs another multi-year contract, he’ll earn the opportunity to reach the open market next off-season, which obviously would be less than ideal for the Jets.
With that in mind, there’s no question general manager Kevin Cheveldayoff and his staff are heavily focused on hammering out a new contract for the 6’1″ forward, although doing so could prove to be somewhat difficult. While both sides still have a decent amount of time to negotiate, as the left-hander’s arbitration hearing hasn’t been set yet and will take place sometime between Aug. 11-26, finding some common ground may end up being the biggest challenge for the front office.
Playing on the final year of his two-year, $4.56 million contract last season, Copp enjoyed the top statistical performance of his career as he recorded career-highs in total goals (15), power-play goals (six), total points (39), power-play points (12), points per game (0.71) and ice time per game (18:15 minutes) in just 55 games.
Along with breaking out offensively, which saw him enjoy a four-goal performance against the Vancouver Canucks, the former fourth-round pick also proved to be fairly effective in the faceoff circle, resulting in a 53.0% faceoff percentage over 232 opportunities.
Given that Copp is capable of being positioned on the wing and up the middle, can serve in a top-six role and can also effectively kill penalties, it’s probably safe to say that his current value might never be higher than it is right now. So what are the Jets’ options with him this off-season? And what type of contract could he command?
For starters, there’s no reason to start panicking about Copp’s current contract situation, at least for now. If both sides are unable to agree on a new contract extension, the veteran forward will simply be awarded a one-year deal by a third-party arbitrator that’s no less than 85 percent of his 2020-21 base salary, which was $2.3 million.
But let’s remain optimistic and hope that outcome doesn’t come to pass. That being said, there’s a fairly strong chance the Michigan native will be looking to receive a pretty significant raise from last season’s salary, especially since the market for centers, or skaters who’re capable of playing up the middle, has been extremely high as of late.
Attempting to compare Copp’s recent production to the current market, he’s recorded 45 goals and 118 points since the 2017-18 campaign, which is comparable to someone like forward @Alexander Wennberg, who’s registered 32 goals and 111 points during that same span, according to NHL.com.
Taking this a step further, Wennberg recently signed a three-year, $13.5 million contract with the Seattle Kraken and his deal features a $4.5 million cap hit per season through the 2023-24 campaign.
While an argument could be made that Copp’s potential is much higher, the fact remains that his new contract could end up looking very similar to the one Wennberg agreed to with the Kraken. At the very least, the long-time Jet will likely demand a salary somewhere around $4.5 million per season, regardless if he’s signed for one season or multiple seasons.
Considering Winnipeg currently features approximately $4.5 million in cap space for next season, according to PuckPedia.com, using most of the remaining payroll flexibility on just one player might not be the wisest decision, which could put management in a tough spot. Adding to this, defenseman @Neal Pionk is also a restricted free agent and will require a new contract, seemingly placing even more pressure on Cheveldayoff.
Based on the club’s current salary cap crunch, it may be best to explore potential trade scenarios for Copp, ideally searching for a cheaper and younger forward in return. In an attempt to maximize any type of return, it’d also make sense to include a young defenseman who’s on the outside looking in, perhaps @Sami Niku or @Dylan Samberg.
On the surface, the most obvious route to take would be to re-sign Copp to a multi-year extension, buying out at least one of his unrestricted free agent years, although it might be in the Jets’ best interest to seek alternative options in the coming weeks.
Uncategorized
Recent articles from Thomas Hall