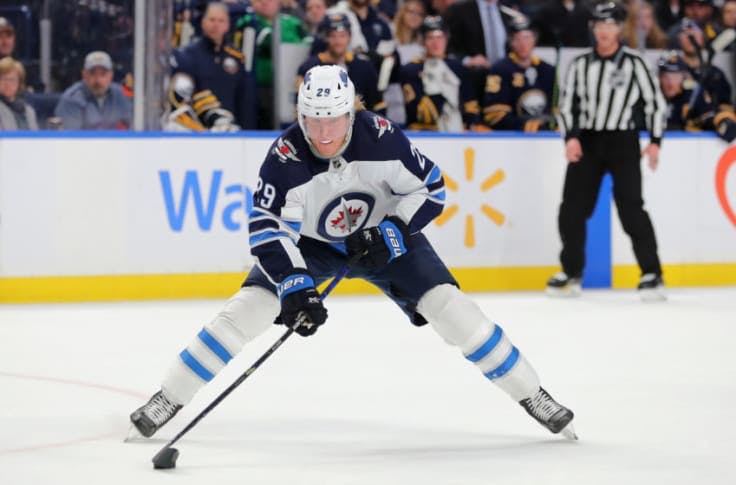 By Thomas Hall
1 year ago
Preparing for a second consecutive showdown against the Ottawa Senators, the Winnipeg Jets will once again be without one of their top goal scorers when they take the ice on Thursday night at the Canadian Tire Centre.
Following Wednesday’s practice, coach Paul Maurice revealed to members of the media that forward @Patrik Laine, 22, is currently listed as “doubtful” for Thursday’s game, meaning there’s a strong chance he’ll miss his third straight contest.
After suffering an upper-body injury during Sunday’s practice, Laine has been sidelined over the last two games but has still skated on the ice for a brief period in each of the past three days. In addition, the 22-year has also been receiving treatment for his injury from the training staff.
Opening the regular season on a high note, the former first-round pick scored two goals, including the game-winner in overtime, and three points during his 16:20 minutes of ice time against the Calgary Flames.
Despite this disappointing news, Maurice also confirmed that defenseman @Dylan DeMelo, who remains at home with his newborn child, will make his season debut when the Jets play their next game at Bell MTS Place on Saturday.
Winnipeg is scheduled to face off against Ottawa on Thursday at 6 pm CT.
Jets News
Recent articles from Thomas Hall