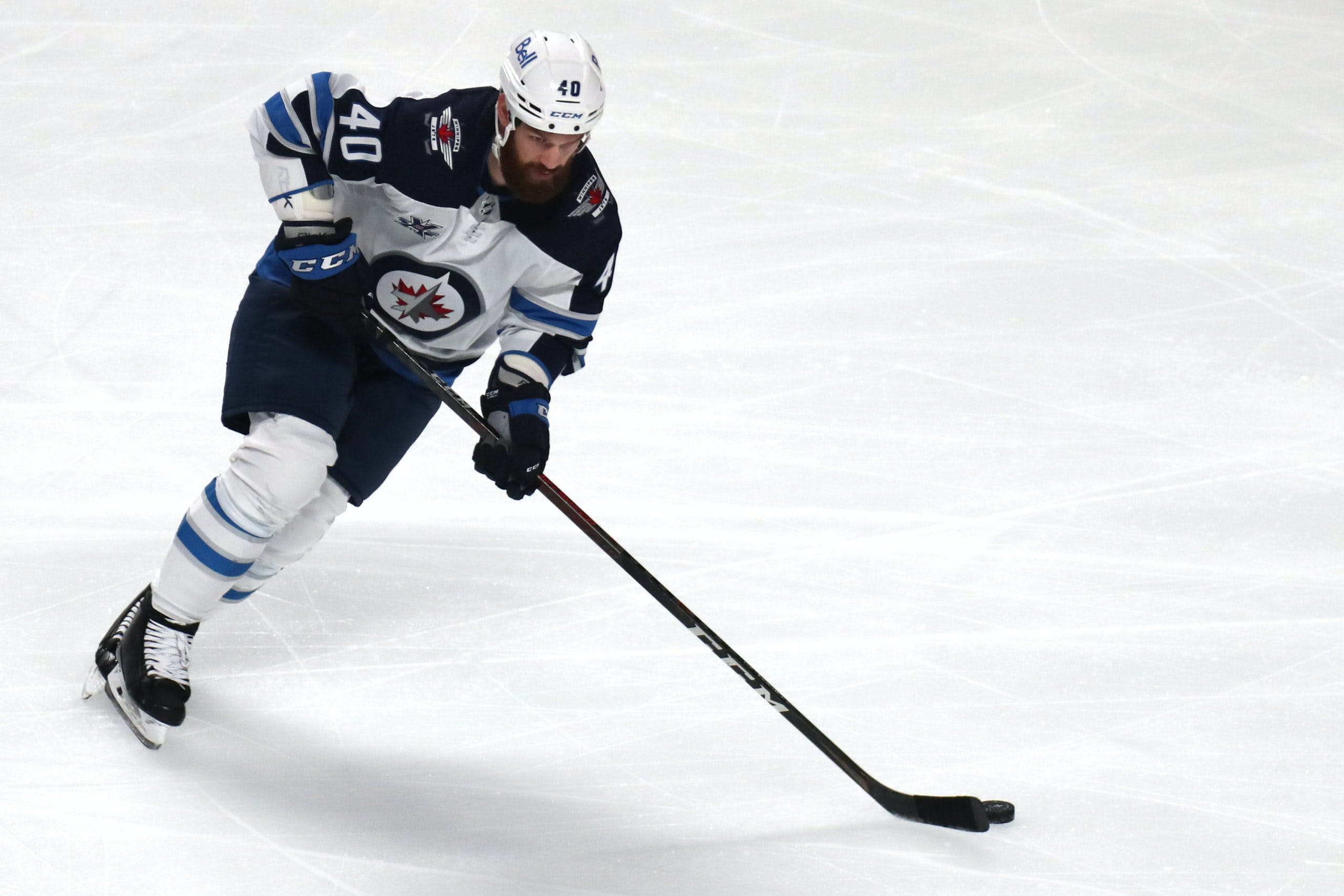 By Thomas Hall
1 year ago
Following a pair of trades to acquire a couple of impact defensemen, in @Nate Schmidt and @Brenden Dillon, the Winnipeg Jets were able to significantly improve their blue line earlier this off-season, although that pretty much guaranteed veteran @Jordie Benn wouldn’t return next season.
With limited room available, the Jets essentially had no other choice but to let Benn, 34, depart through free agency, providing him an opportunity to ultimately sign with the Minnesota Wild. Set to enter his age-34 season, the 6’2″ blueliner will be under contract through 2021-22 and his deal will feature a $900,000 cap hit if he’s in the NHL, according to PuckPedia.com.
After spending a season and a half with the Vancouver Canucks, Benn was acquired by the Jets in exchange for a 2021 sixth-rounder, which ultimately proved to be forward Connor Lockhart, during last season’s trade deadline.
Since defenseman @Nathan Beaulieu underwent season-ending shoulder surgery, the front office was hoping to add another veteran presence to the roster and they did just that, as the former undrafted free agent occupied a bottom-two role during his brief time in Winnipeg.
Appearing in just eight games with the Jets during the regular season, Benn averaged 15:04 minutes of ice time per game, producing only one assist, six shots on goal, five hits, five blocks and a pair of takeaways.
Witnessing his role diminish even further in the playoffs, the left-hander averaged just 12:34 minutes of ice time per game, recording one assist, five blocks, three shots on goal and two hits over three contests.
Winnipeg will open its preseason schedule against the Ottawa Senators on Sep. 26 at 7 pm CT.
Jets News
Recent articles from Thomas Hall