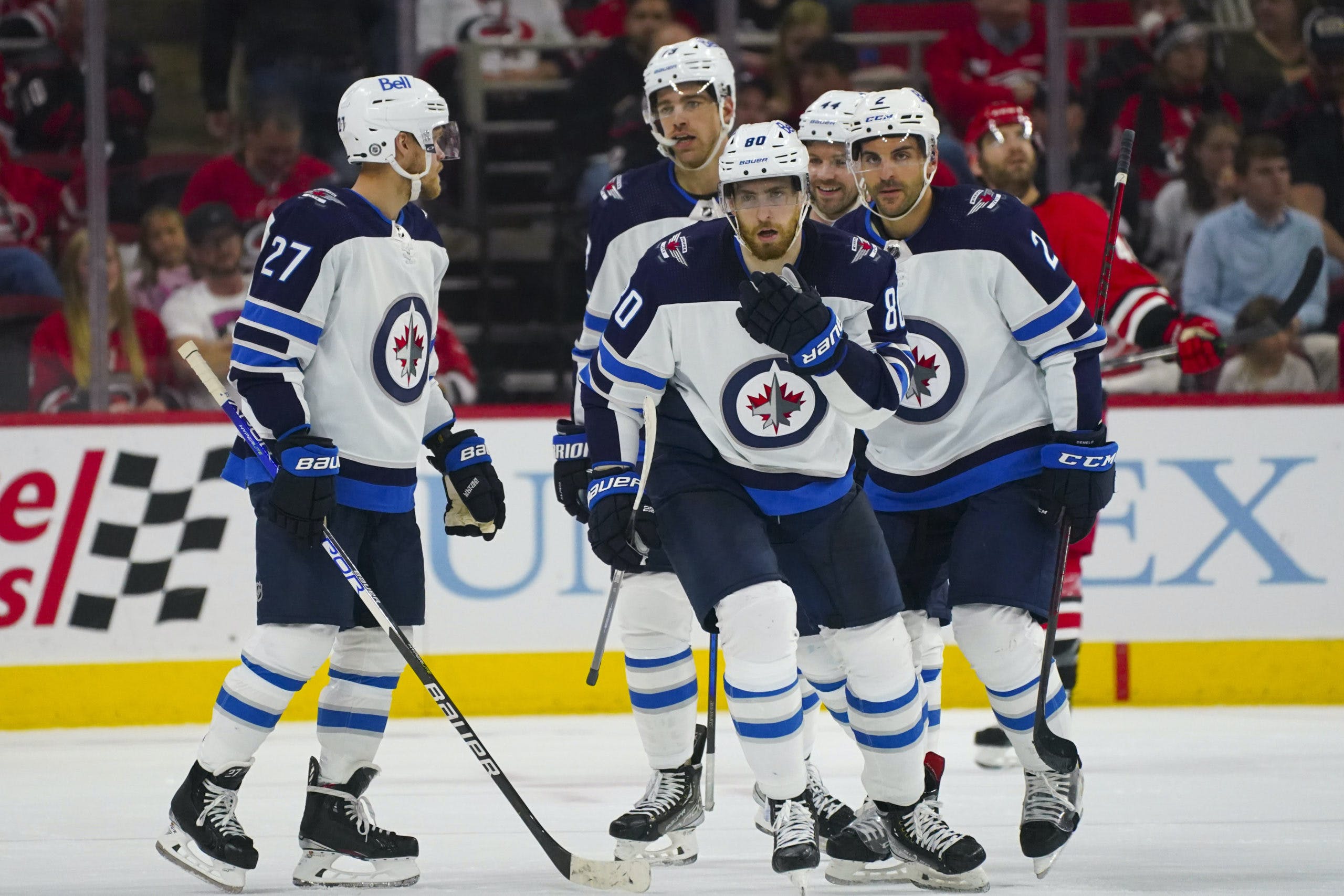 By Colton Davies
6 months ago
During Apr. 23’s edition of 32 Thoughts, Sportsnet’s Elliotte Friedman reported that the @Pierre-Luc Dubois situation is “one to keep a close eye on.” Dubois will become a restricted free agent this summer and with two years left until he’s an unrestricted free agent, he holds bargaining power over the Winnipeg Jets.
If the Jets are unable to come to terms on a long-term contract, Friedman expects Dubois to be a popular name available on the trade market. Understandably, this sent a major shockwave throughout the fan base.
Dubois arrived in Winnipeg following the blockbuster deal that sent former second-overall pick @Patrik Laine and @Jack Roslovic to the Columbus Blue Jackets. While it took Dubois some time to get adjusted to his new surroundings, he’s since settled in comfortably.
Currently, he has 58 points (27 goals, 41 assists) in 77 games, matching his career-high in the goals column. He’s also seen a ton of success on the power play this season, registering 14 goals, which leads the team and is tied for ninth in the league with Chicago Blackhawks forward @Alex DeBrincat.
According to Natural Stat Trick, Dubois possesses a 1.003 POD, 51.16 per cent Corsi For Percentage (CF%), 51.02 per cent Fenwick For Percentage (FF%) and a 52.07 per cent Expected Goals For Percentage (xGF%) at 5-on-5. The power play has been a different story. So far, he’s posted an 85.86 per cent CF%, an 84 per cent FF% and an 83.29 per cent xGF%. Needless to say, he’s been a lethal component of the Jets’ power play.
In the faceoff circle, the 23-year-old features a 47.1 percentage and has been a physical specimen all year, racking up 108 hits and 106 penalty minutes. Being 6-foot-2 and 205-pounds, Dubois can use his strength to get himself net front and make big plays for his line.
As he continues to develop, he’ll only round himself out more like a modern-day power-forward and Winnipeg could use someone like him to build its top-six around. Dubois has seen a lot of ice-time on the club’s second line this season, and with @Mark Scheifele as the No. 1 centre, there isn’t much option for him to move up further in the line-up. He’s a solid No. 2 centre though, at least for now, and the Jets could build their core around having that lethal centre combo down the middle.

According to PuckPedia, Dubois’ current cap hit sits at $5.0 million and as we have seen in the industry, players are getting paid big time. San Jose Sharks forward @Tomas Hertl recently signed a massive 8-year $65.1-million contract that comes with an $8,137,500 million cap hit per season.
Dubois will likely be looking to negotiate for as much as he can. As things stand, a fair price could range anywhere between $6-$8 million per year. If the Jets can lock him up on a long-term deal for six-eight years at that rate, it benefits both parties. His numbers are only improving and with a contract that extends over time, the team will get him throughout his prime.
Having said that, this deal would probably come with an additional cost. The Jets may need to offload a roster player in order to make the cap flexibility work. One name to watch is Scheifele, who’s had his name floated around in the rumour mill as a potential trade chip this off-season. Trading him would free up $6.125 million per season through 2023-24.
Other names to watch on the trade block could include @Nate Schmidt, @Brenden Dillon and @Blake Wheeler. In all likelihood, the Jets will be more willing to move a defenceman, given the abundance that they feature in the minors. In turn, this would also allow for @Dylan Samberg to be implemented into the defensive core permanently.
With only a handful of games remaining, the focus will soon switch to the 2022 NHL Draft and then free agency. Though many fans might remain skeptical heading into the summer, if extending Dubois is management’s top priority, everything else should fall into place.