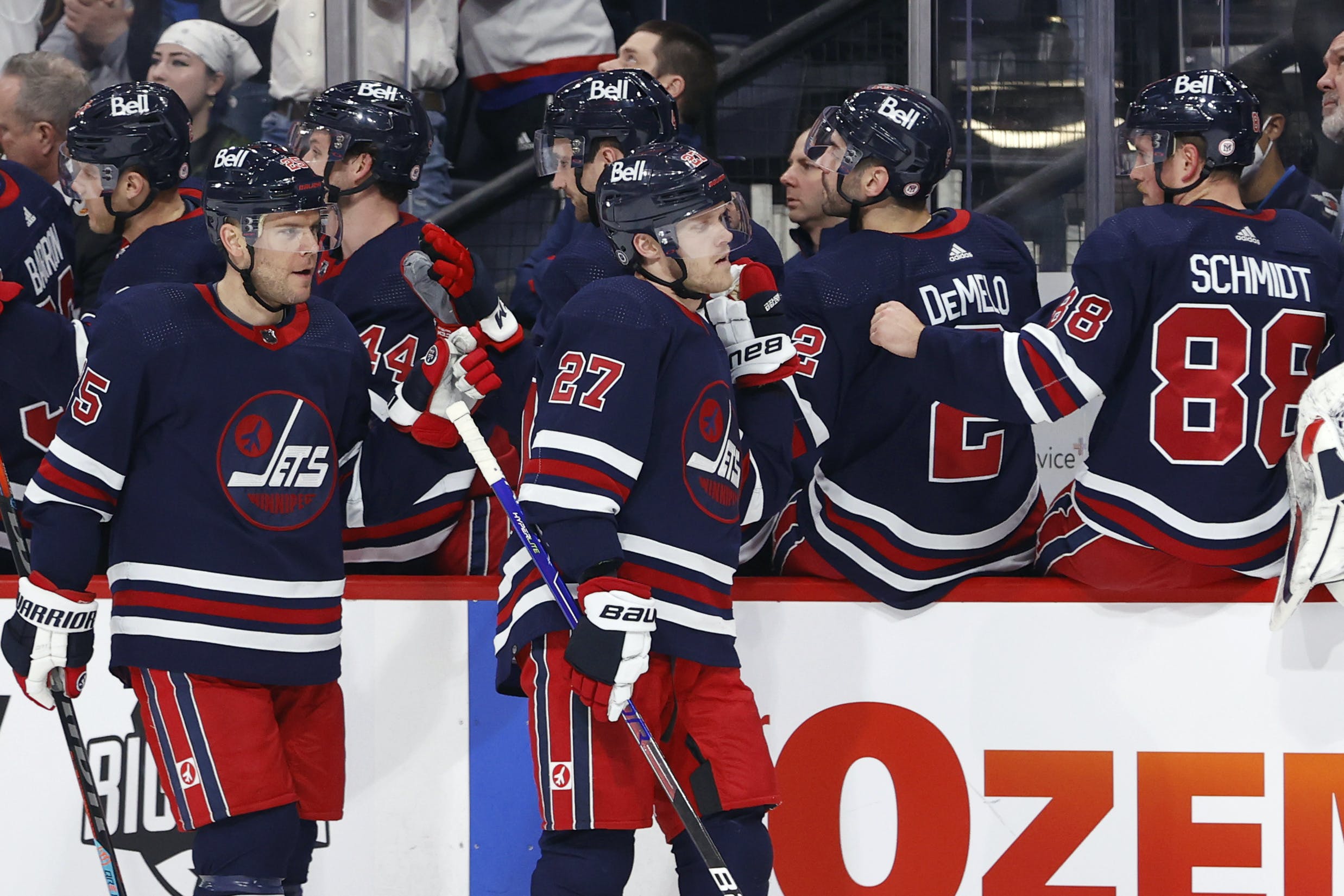 By Thomas Hall
7 months ago
Despite a strong effort, the Winnipeg Jets couldn’t surge past the Colorado Avalanche on Friday, falling 5-4 in overtime and extending their losing skid to four games. But now, as they travel to the east coast, they’ll look to snap that streak versus the Ottawa Senators.
Set to play five games in seven days this week – a brutal stretch that’s likely to test the club’s stamina – the Jets will begin this busy slate with a back-to-back series, beginning in the nation’s capital. It’s sure to be a long week for this group.
For the Senators, they’re also entering this contest on a losing streak, though their’s only stretches to two straight games. Still, the team’s most recent defeat occurred just one night ago against the New York Rangers, as they were embarrassed at Madison Square Garden courtesy of a 5-1 outcome.
With both franchises playing for pride, featuring a lack of intensity probably won’t be an issue for either side at the Canadian Tire Centre on Sunday.
For a preview of this matchup, here are three skaters to watch ahead of this clash between Winnipeg and Ottawa:

Last Game: Two goals, three points, nine shots on goal, 17:00 minutes
Friday was certainly a night to remember for @Nikolaj Ehlers.
In a game where his team needed to bounce back, the Danish superstar was one of many driving forces across all three periods, which saw him crack the score sheet numerous times. Most notably, the 26-year-old registered one of his two goals – his third multi-goal performance of the season – during the dying seconds of regulation, when he jumped on a loose puck to push the game into overtime.
Granted, Ehlers was charged with a slashing penalty in the extra frame – one that proved costly as the Avalanche converted on their power-play opportunity. Aside from that moment, the left-hander couldn’t have enjoyed a more productive showing while facing an elite championship contender.
Coming off his stellar showing, it’d be wise for the Senators to be on full alert whenever the explosive winger steps onto the ice throughout this upcoming contest.

Last Game: Two goals, three points, five shots on goal, 18:01 minutes
Similar to Ehlers, forward @Mark Scheifele also made a massive impact two nights ago, where he looked like a vintage version of himself rather than the inconsistent one fans have become accustomed to this season.
Overall, the 29-year-old finished with a pair of goals and one primary assist, completing his fifth multi-goal performance of 2021-22. The 6’3″ centre was explosive, dynamic and didn’t shy away from driving to the net.
This begs the question, where have these types of showings been all season? Right now, it’s anyone’s guess as to why Scheifele’s campaign has been a tale of two different stories. Perhaps we’ll receive an answer to that question someday in the future.
In the meantime, this fan base is waiting anxiously to see which type of Scheifele arrives while their team visits the Senators.

Last Game: One primary assist, three shots on goal, two blocks, 25:37 minutes
Before Friday’s game, Winnipeg’s skaters held a meeting about how they wanted to finish their underperforming 2021-22 campaign. In the end, the resounding response was to go down swinging, which defenceman @Josh Morrissey certainly didn’t take lightly.
Making his mark in the third period, Morrissey played quick and aggressive throughout the final 20 minutes, helping him earn an assist on Scheifele’s second of two goals on the night. Better yet, the left-handed blueliner was key in creating an opportunity for Ehlers’ game-tying score.
After pulling @Connor Hellebuyck for the extra attacker, Morrissey was forced to make multiple saves in front of an empty net, preventing Colorado from icing this thrilling bout. In doing so, he helped the “Great Dane” draw a penalty at the other end, leading to his power-play marker.
The 27-year-old has enjoyed an impressive bounce-back performance this season and if the Jets are to be victorious Sunday, they’ll need their top defenceman to build off this remarkable outing.