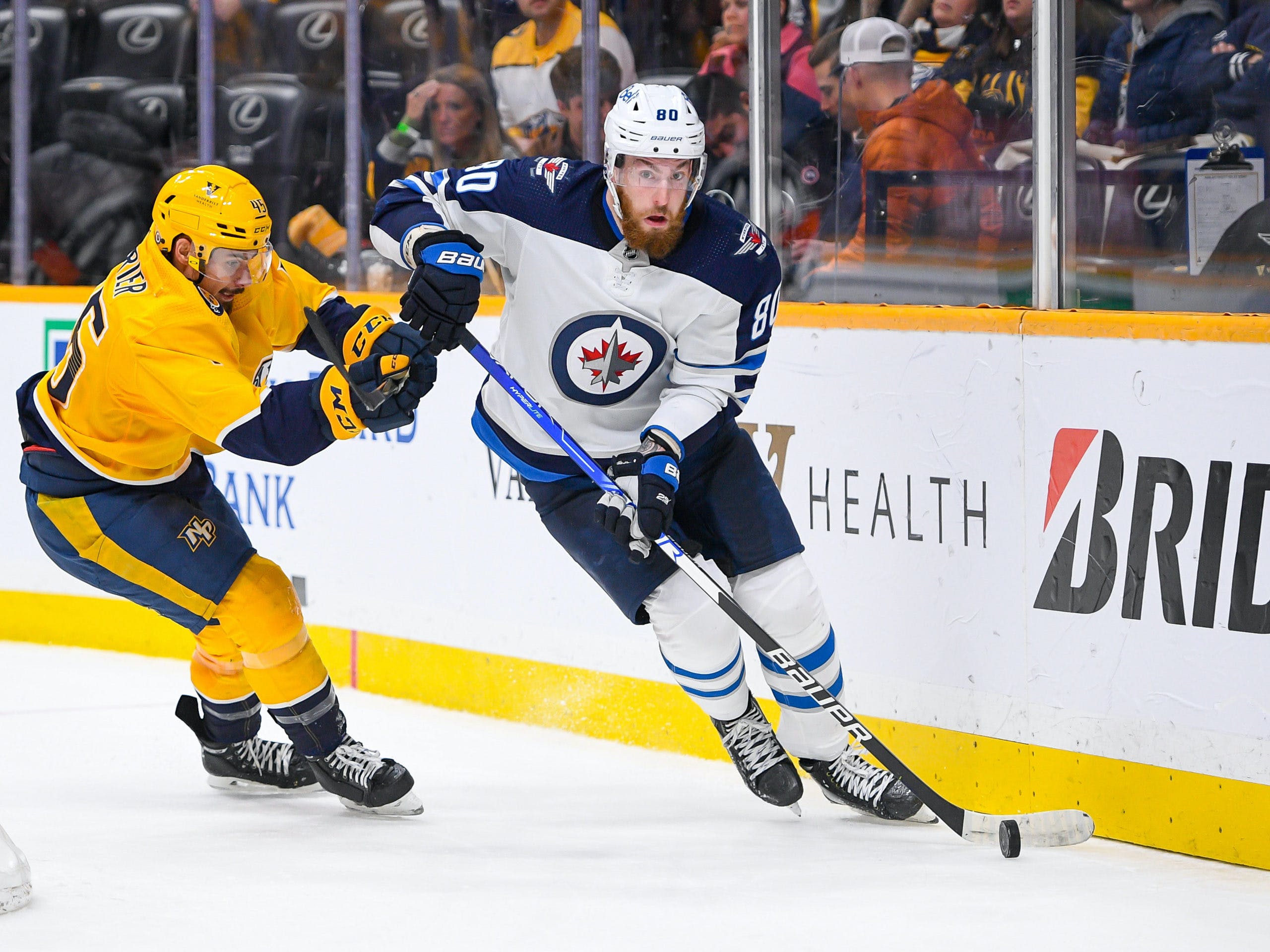 By Thomas Hall
9 months ago
After falling short 4-3 in overtime to the Dallas Stars less than 24 hours ago, the Winnipeg Jets have no time to grieve over their latest defeat and are set to conclude the second half of this back-to-back series Saturday against the Nashville Predators.
In what’ll be the third and final meeting of the 2021-22 season between these two franchises, the Jets will be attempting to secure a season-series victory over this opponent, after dropping their most recent showdown 5-2 on Jan. 20. Having said that, coming away victorious during this primetime matchup certainly won’t come easy.
On the season, the Predators own a 28-15-4 record and 60 points, placing them second in the Central Division. While this club is also coming off a loss at the hands of the Stars, they appear well prepared to rebound off that defeat as they’ve only lost consecutive games in regulation once so far in 2022.
Suffice to say, this is expected to be a very meaningful game for both sides, especially since they’re division rivals.
For a preview of this contest, here are three skaters to watch as Winnipeg aims to return to the win column in Nashville:

Last Game: One goal, six shots, five hits, one block, 17:05 minutes
After being off for 10 days due to the All-Star break and testing positive for COVID-19, forward @Pierre-Luc Dubois returned to Winnipeg’s line-up Friday and looked like he hadn’t missed a beat.
Though the coaching staff wanted to ease him back in following such a lengthy layoff, however, the 23-year-old didn’t seem to have needed any special treatment as he served as one of the main contributors – because of course he did – against the Stars.
Despite opening the night on the third line, thanks to his stellar performance, it wasn’t long before Dubois was returned to Winnipeg’s top-six forward group. Near the end of the second period, the 6’3″ centre was reunited next to his lethal scoring partner, @Kyle Connor, and was also joined by @Jansen Harkins.
Preparing for his second game back from the COVID list, it’s assumed that Dubois will begin this next contest on the club’s second line, where he’ll likely find himself skating alongside Connor and @Cole Perfetti once again. There, the Jets will be hoping for some renewed success between three of their most effective skaters.

Last Game: One assist, 11:14 minutes
Since becoming a full-time regular in the NHL, Perfetti has quickly transitioned into a key member of this organization, even if it sometimes goes unnoticed or unrewarded by the coaching staff.
Most recently, the 20-year-old rookie has elevated his craft, both offensively and defensively, which was on full display last game in Dallas. Showcasing one of his most jaw-dropping highlights on the campaign thus far, the 5’10” forward perfectly set up Harkins for his fifth goal of 2021-22 by executing a sensational drop pass to allow him to easily tie the game at two apiece.
Granted, Perfetti was later assigned to the club’s fourth line, preventing him from earning more than 11:14 minutes of ice-time – his lowest total since Jan. 6. But if he’s reunited next to Connor and Dubois in Nashville, then perhaps he’ll be provided with another opportunity to make a sizeable impact.

Last Game: Five hits, one hit, one block, 11:30 minutes
Despite enduring a slow start, defenceman @Ville Heinola’s third NHL season has recovered very nicely and has been extremely promising as of late, too.
Finding his groove while paired next to teammate @Neal Pionk, Heinola no longer appears afraid to play to his strengths, which includes joining the attack and effectively moving the puck up the ice. As a result of these adjustments, the 20-year-old has registered nine shots on goal, one high-danger chance and a 0.45 individual expected goals rate at all strengths over the last two games, according to NaturalStatTrick.com.
Though he’s only averaged 11:18 minutes of ice-time during the span, the left-handed blueliner has definitely been making the most out of every single shift he receives.
More from Jets Nation:
Uncategorized
Recent articles from Thomas Hall