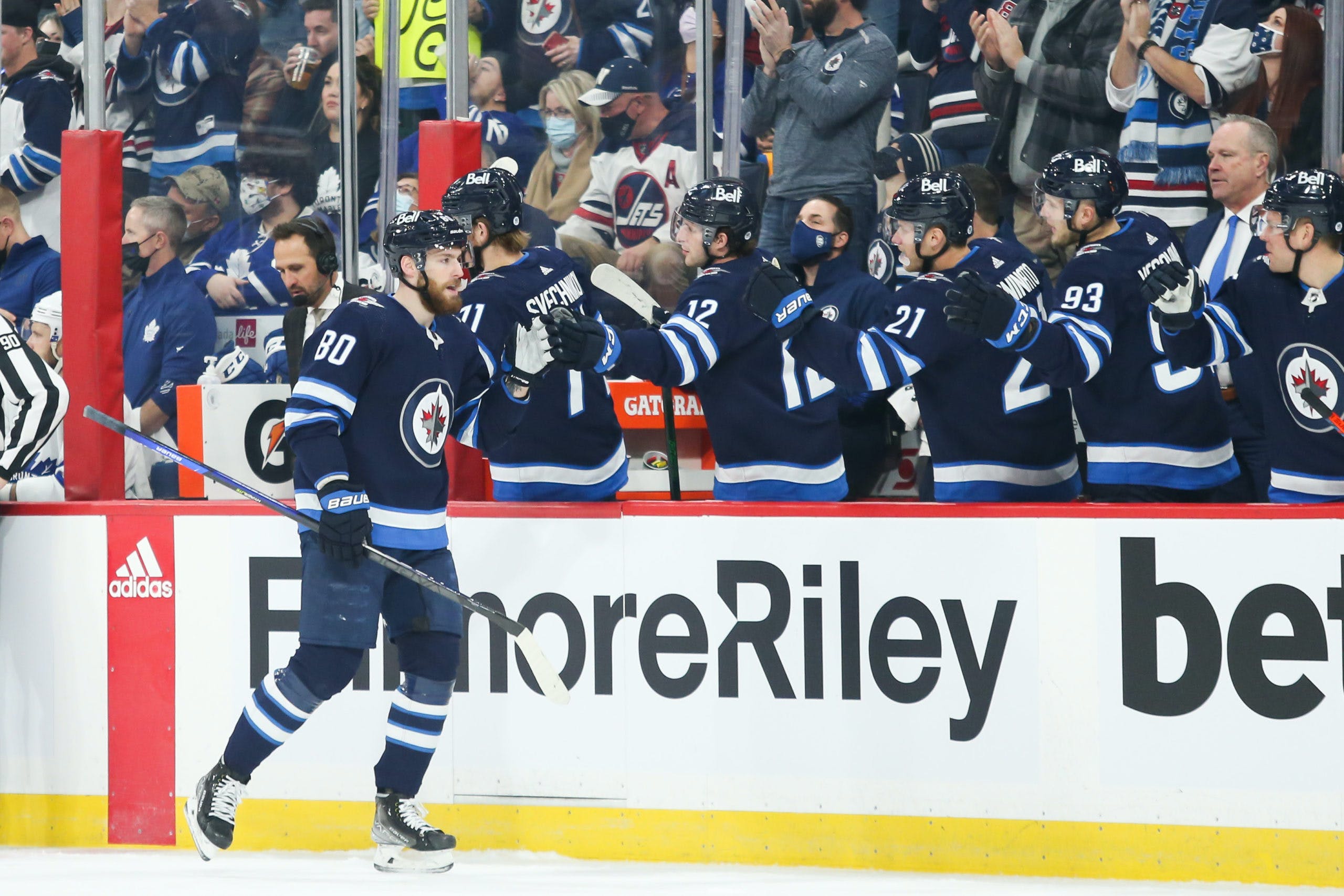 By Thomas Hall
11 months ago
After falling 4-2 to the Carolina Hurricanes Tuesday night, the Winnipeg Jets have hit the road with their first stop scheduled for the newest franchise in the National Hockey League, in the Seattle Kraken.
Yes, that’s right, the Jets and Kraken are set to meet for the first time ever Thursday, which will take place at the brand new Climate Pledge Arena. In turn, a very familiar face will be in the line-up during this contest as forward @Mason Appleton, who was selected in last summer’s expansion draft, will receive a chance to face his former organization.
Up to this point, unfortunately, Appleton hasn’t enjoyed much success in Seattle thus far, as he’s only scored two goals and four points through 14 games. Let’s hope the 25-year-old doesn’t start turning things around until after Winnipeg has left town.
For a preview of this matchup, here are three skaters to watch during this contest between the Jets and Kraken:

The redemption tour has continued for @Pierre-Luc Dubois, who’s posted five points over the last three games, and there’s a pretty strong chance his bounce-back performance will continue into Seattle.
Though Winnipeg struggled to generate much offence last time out, Dubois proved to be one of the lone bright spots in that department two nights ago, as he registered his sixth power-play marker of the season thanks to a fantastic between-the-legs deflection. Additionally, the 23-year-old also made a sizeable impact at 5-on-5, where he’s been forming solid connections with linemates @Nikolaj Ehlers and @Andrew Copp.
Considering the Kraken are currently tied for the fourth-most goals against per game (3.56), according to NHL.com, this contest should act as a prime opportunity for Dubois to extend his point streak to four games.

Similar to Dubois, @Kyle Connor has also been enjoying an extremely productive start this season, where he’s registered 15 goals and 27 points over 25 games. While the 24-year-old has been held goalless in three of the previous four contests, this road matchup could allow him to break through for his first even-strength marker since Nov. 27.
Paired with teammates @Mark Scheifele and @Blake Wheeler, this trio has largely proven to be effective, at least, offensively, since being reunited five games ago. For the 6’1″ forward, while serving as the driving offensive force on this top line, he’s produced three goals and five points during this span.
Along with his performance at 5-on-5, Connor has essentially become the new quarterback on Winnipeg’s first power-play unit, where he’s moved to the left side of the ice and serves as a playmaker rather than just an elite shooter.
Let’s see if facing a struggling defensive club in Seattle can help him return to his explosive ways, which have been on full display numerous times previously in 2021-22.

Fans won’t be watching defenceman @Dylan DeMelo in anticipation of a potential goal, which owns just one of this season, however, the 28-year-old is certainly a player to keep an eye on when it comes to defence.
Following the struggles that @Logan Stanley endured while playing next to @Brenden Dillon last game, if those issues aren’t correct this time around, perhaps that could open the door for DeMelo to play in Winnipeg’s top-four mix for the first time in 2021-22.
At the very least, the veteran blueliner is expected to serve in a strong leadership role once again for @Nathan Beaulieu or perhaps the highly-touted @Ville Heinola. Either way, his stellar defensive skills should be very evident during this contest against the Kraken.
Uncategorized
Recent articles from Thomas Hall