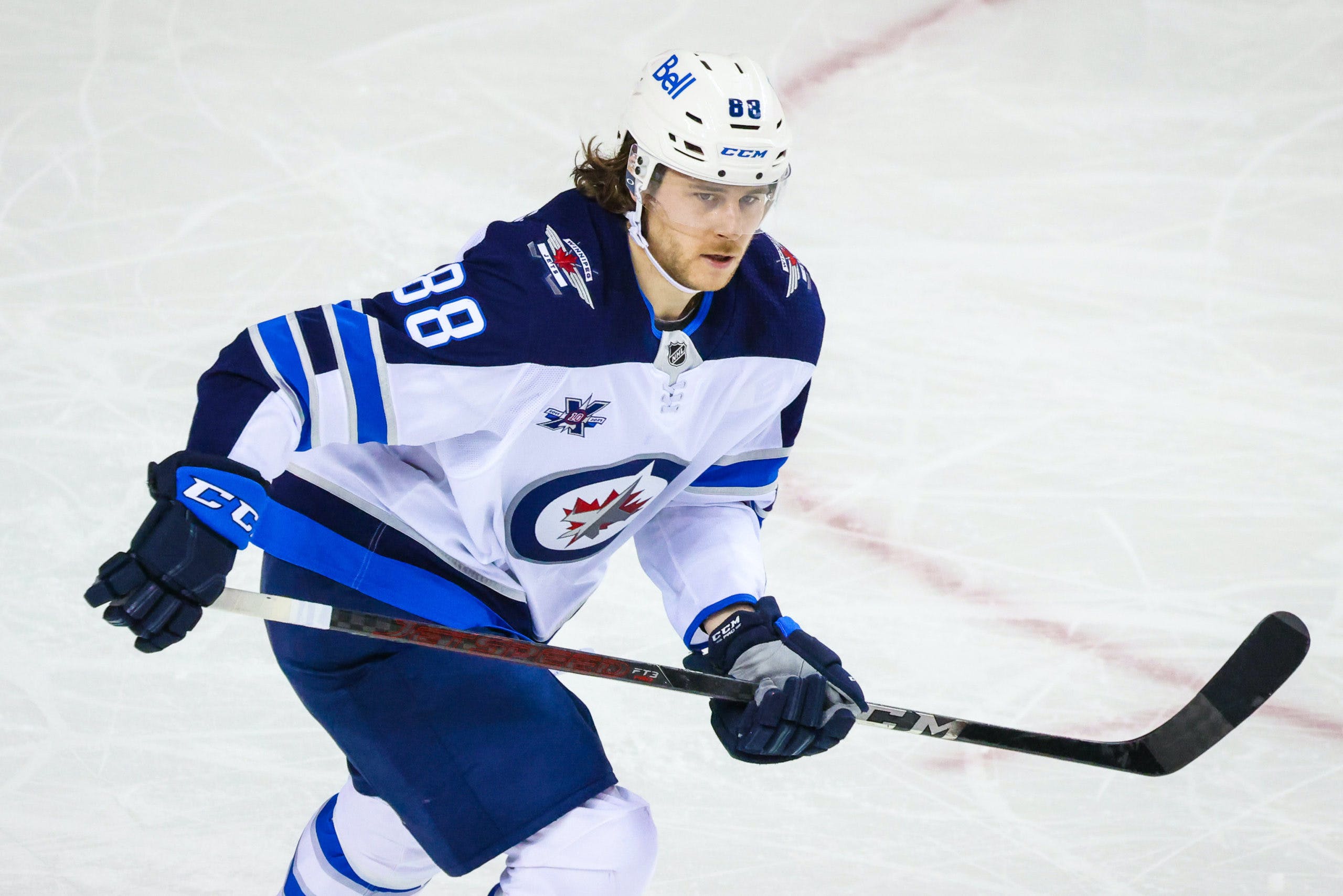 By Thomas Hall
1 year ago
It may be difficult to imagine, but the start of training camp is only one month away, and as currently constructed, it seems the Winnipeg Jets might have a few additional roster moves to make before players begin reporting in September.
After general manager Kevin Cheveldayoff and his staff shored up the blue line, which involved acquiring defensemen @Nate Schmidt and @Brenden Dillon, and also brought in veteran @Riley Nash on a one-year deal, the Jets don’t exactly feature much cap space at the moment. Even with forward @Bryan Little’s $5.29 million cap hit expected to be placed on long-term injured reserve, that still only leaves this team with approximately $219,000 in space, according to PuckPedia.com.
Unless the front office feels comfortable operating with very little breathing room all season long, they’ll need to find a way to reduce the club’s payroll before the 2021-22 campaign begins, which would provide them significantly more flexibility involving their roster construction.
With that in mind, here are three potential moves management could make over these next few weeks:

While much of the fanbase has grown fond of defenseman @Nathan Beaulieu, who was acquired from the Buffalo Sabers in exchange for a sixth-round pick back in 2019, there’s a very strong chance the 28-year-old could become a cap causality this summer.
Entering the final season of his two-year, $2.5 million contract, it just doesn’t make much sense to keep Beaulieu around any longer and it’d be wise for both sides to part ways, especially since he’s coming off season-ending shoulder surgery and has only scored nine points over his last 63 games. Adding to this, the 6’2″ blueliner would likely struggle to earn consistent playing time in 2021-22, as he figures to slot in as the team’s No. 7 defenseman.
Based on the former first-round selection’s current health status and his lack of production over the last two seasons, he likely doesn’t feature much trade value, as a result, exploring this avenue could prove to be fairly challenging for the front office. Having said that, if there isn’t much interest on the trade market, they could place the left-hander on waivers for the purpose of buying out his deal or burying it in the minors.
Either way, by removing Beaulieu from the Jets’ roster, they’d save $1.25 million against the salary cap next season, increasing their LTIR relief pool to just over $1.46 million.

Since we just parted ways with Beaulieu – sorry old-school hockey fans – in this hypothetical situation, Winnipeg would be in need of an extra defenseman, and odds are they’d likely call upon @Sami Niku.
It’s no secret Niku has been displeased about his inconsistent ice time over his four NHL seasons, which has seen him participate in just 54 career games – including only six contests in 2020-21. But with coach Paul Maurice in charge, who’s historically favored veteran skaters over young developing ones, it’s difficult to envision a scenario where the 24-year-old receives a solid chunk of playing time next season.
Considering the former seventh-round pick isn’t exempt from waivers and is also slated to become a restricted free agent next off-season, locating his next destination might be the best course of action to take for everyone involved.
The only downside to trading Niku is that he features a very team-friendly cap hit in 2021-22, as he’d only count for $725,000 against the salary cap. Taking into account the money saved from cutting ties with Beaulieu, if the young left-hander remained on the roster, the Jets would still possess approximately $743,000 in LTIR relief.
But since prospects @Ville Heinola, @Dylan Samberg, @Declan Chisholm and @Johnathan Kovacevic all feature cap hits higher than that figure, promoting any of them to the NHL would be financially challenging and would likely force the team to send @David Gustafsson or @Kristian Vesalainen to the AHL – an outcome that’d be less than ideal.
So unfortunately, moving on from Niku appears to be an unavoidable occurrence.

After serving as goaltender @Connor Hellebuyck’s backup since 2018-19, @Laurent Brossoit decided to search for a larger opportunity and ultimately signed a two-year, $4.65 million contract with the Las Vegas Golden Knights earlier this off-season.
Even though everyone should be happy for Brossoit, his departure has left somewhat of a void on the Jets’ roster as there’s plenty of uncertainty regarding who’ll backup Hellebuyck in 2021-22. As of right now, goaltenders @Eric Comrie and @Mikhail Berdin are expected to compete for that reserve role, however, it’d probably be beneficial for management to add another netminder to this competition.
With limited resources available, bringing in someone like @Devan Dubnyk would be out of the question, especially since he earned $2.5 million last season. But in that same sense of acquiring an experienced goaltender, pursuing @Curtis McElhinney, who made $1.3 million in 2020-21, on a one-year deal would make a ton of sense.
If the Jets could convince McElhinney to sign for close to league minimum, they’d acquire a veteran netminder who’s posted a 2.97 goals-against average and a .895 save percentage since 2019-20 without dramatically eating into their LTIR relief pool.
In turn, Comrie, Berdin and McElhinney could all compete for the backup gig during training camp.
Uncategorized
Recent articles from Thomas Hall