2021 Stanley Cup Playoffs – Round 2: Three Storylines Heading into Game 4 of Jets vs. Canadiens 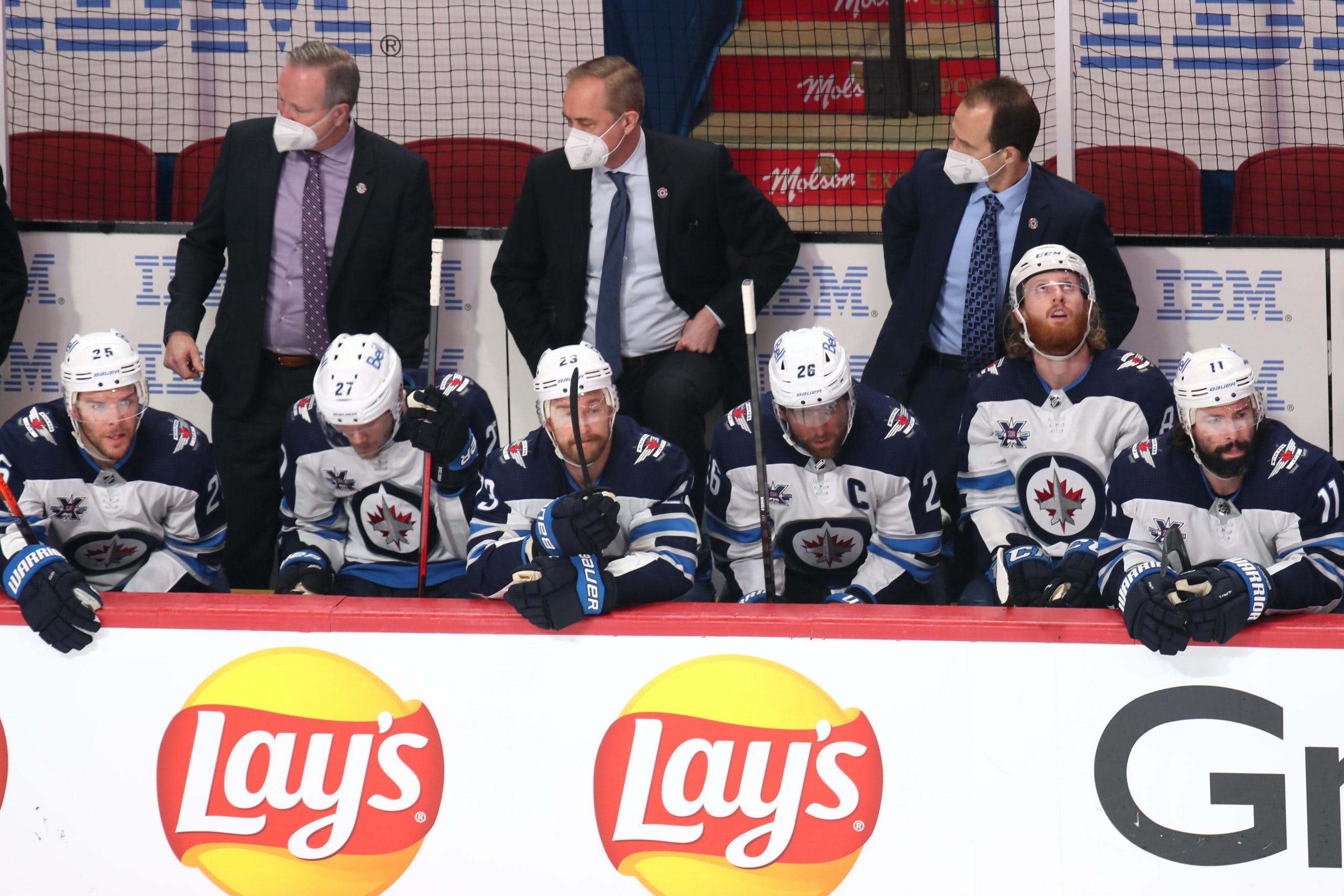 By Thomas Hall
1 year ago
Trailing 2-0 heading into Game Three of this second-round series against the Montreal Canadiens, the Winnipeg Jets were seemingly faced with a must-win situation and desperately needed to earn themselves a victory, although they couldn’t deliver during one of the most important games of the season.
Following an embarrassing 5-1 defeat Sunday night, Winnipeg is now on the brink of elimination and must win every single game moving forward to keep its season alive, which is certainly no small task. Considering Montreal has controlled the flow of each of these first three contests, it might be a little too late to make any major adjustments and who knows if they’ll have any impact on Game Four, but hey, never say never – anything can happen in the playoffs.
Here are three storylines that could impact the fourth game of this playoff series between the Jets and Canadiens:

Since the Jets have been held to just one goal over the last six periods, there’s no question it’ll be crucial for them to find a way to break through their current offensive woes, particularly during five-on-five situations. Failing to generate sustained pressure in the offensive zone, this team has created just 18 high-danger scoring chances in this series, while the Canadiens have produced 31 high-danger chances during those same situations, according to NaturalStatTrick.com.
With Montreal clogging up the neutral zone and keeping everything to the perimeter, Winnipeg’s skaters haven’t been able to drive to the net and also haven’t positioned nearly as many bodies in front of goaltender @Carey Price either. Whether’s it’s the first, second, third or even the fourth line, someone needs to step up and help this club produce offensively or they’ll likely have their season come to an end Monday night.

Searching for offense in Game Three, coach Paul Maurice and his staff decided to change up Winnipeg’s top two lines, which saw forwards @Nikolaj Ehlers, @Paul Stastny and @Blake Wheeler skating together on the first line. In turn, this shakeup created a new trio of @Kyle Connor, @Pierre-Luc Dubois and @Andrew Copp on the club’s second line, however, making these adjustments prior to the third period didn’t provide these new line combinations enough time to make a significant impact.
But with the Jets facing elimination, everything should be on the table in Game Four, meaning the line juggling from Sunday night could continue into this contest and it also might transpire much earlier than last time out as well. Having said that, Maurice refused to reveal any lineup changes following the morning skate, which is pretty common for him, so any speculation regarding the starting lineups will have to remain as that until the players come out for the pregame skate.

Unlike in the opening round against the Edmonton Oilers, the Jets have struggled mightily to defend against the rush through three games against the Canadiens, as they’ve allowed multiple goals in transition during five-on-five play and a pair of them with the man advantage as well. Making matters worse, the majority of Montreal’s two-on-one rushes have largely been created by turnovers and poor defensive positioning from Winnipeg’s skaters in the offensive zone, which is obviously concerning.
If this team has any chance of extending this series beyond four games, they can’t afford to continue making these costly mistakes, especially when they have possession in the offensive zone.

The puck will drop at 7 pm CT and be available on CBC/SN along with 680 CJOB.
Uncategorized
Recent articles from Thomas Hall