2021 Stanley Cup Playoffs – Round 2: Three Storylines Heading into Game 3 of Jets vs. Canadiens 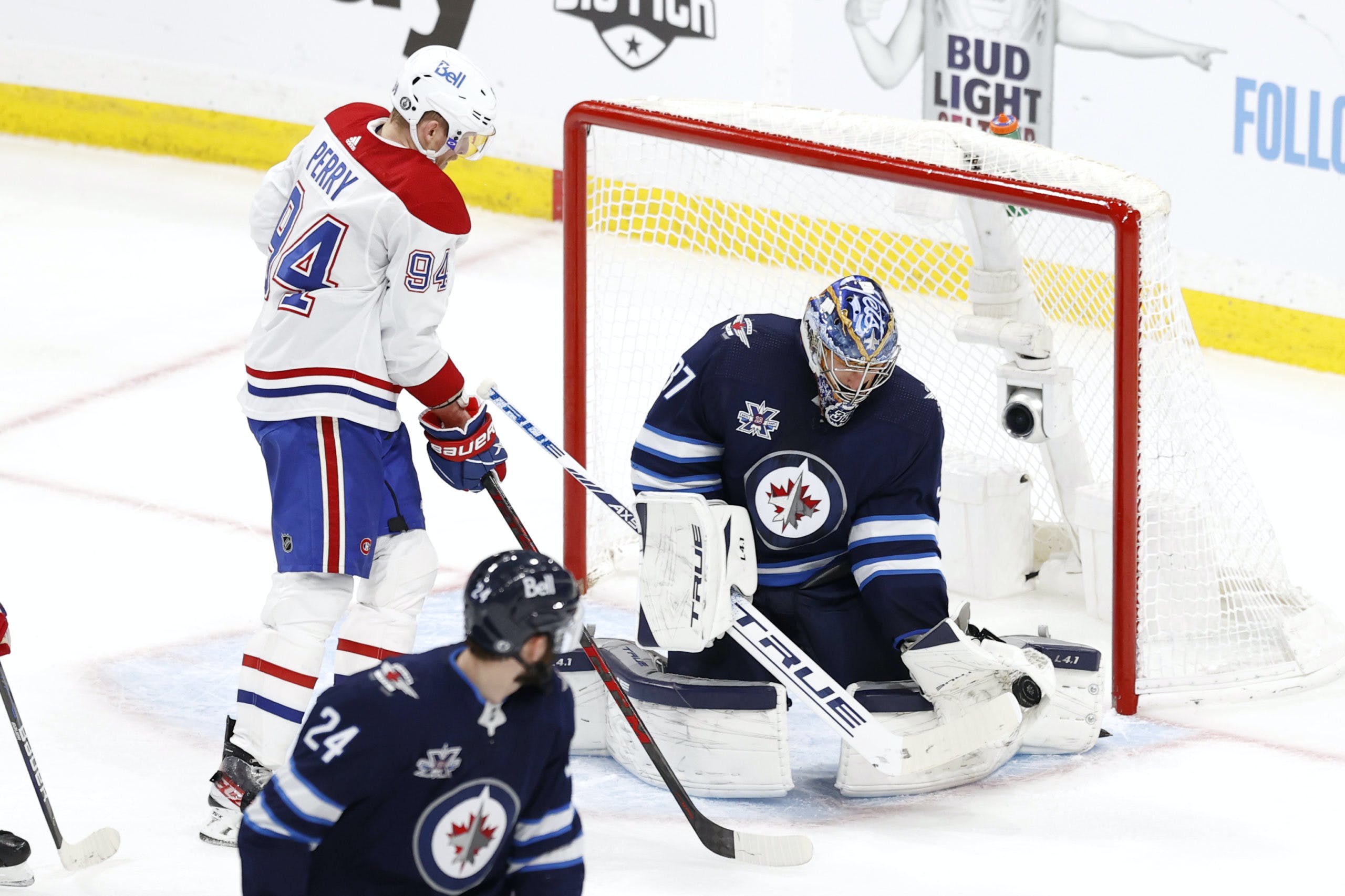 By Thomas Hall
1 year ago
After dropping the first two games of this second-round series against the Montreal Canadiens, the Winnipeg Jets are seemingly entering a must-win mode moving forward and are desperately looking to come away victorious in Game Three.
With the series headed to Montreal for the next two games, Winnipeg will witness a crowd of 2,500 fans at the Bell Centre in Games Three and Four, although most of those fans, if not all of them, will likely be cheering against them. Despite all of these challenging obstacles, this team has been forced to overcome adversity all season long, which could be a factor that ultimately helps them claw back into this series.
Here are three storylines that could impact the third game of this playoff series between the Jets and Canadiens:

Despite traveling with the team to Montreal, forward @Paul Stastny, who missed the first two games of this series due to an undisclosed injury, is still considered a game-time decision for Game Three and his status will be determined prior to the pregame skate. Similar to Game Two, everyone will be forced to wait until closer to puck drop to discover whether the 35-year-old will return from an injury he suffered during the nine-day layoff after round one.
Considering the Jets have struggled to create traffic in front of goaltender @Carey Price, there’s no question Stastny could help change that narrative in Game Three, especially since a large aspect of his game occurs around the blue paint. But if the veteran center is held out once again, forward @Pierre-Luc Dubois is expected to continue centering Winnipeg’s top line, allowing teammate @Andrew Copp to remain at the center position on the second line.

With forward @Mark Scheifele suspended until Game Six, the Jets were counting on Dubois to step up in his absence and needed him to help lead this team’s offense in Game Two, unfortunately, the 22-year-old was essentially a non-factor Friday night. Despite receiving 20:09 minutes of ice time, the 6′ 3″ forward could only generate one shot on goal and was also knocked off the puck numerous times as he attempted to drive hard to the net in the offensive zone.
Struggling to perform effectively in this series, Dubois has only created one assist, two shots on goal and a pair of high-danger scoring chances during five-on-five situations, earning him a measly 0.17 xG rate through two games. If Winnipeg has any chance to even up this series, they’ll need a much-improved performance out of the former Columbus Blue Jacket, who scored four goals and 10 points during last season’s playoff bubble.

Coming into this second-round matchup, much of the talk was about which former Vezina Trophy winner would have the biggest impact on this series, however, both @Connor Hellebuyck and Price have excelled through these first two games and each of them is poised to be key factors in determining the outcome of Game Three. From Hellebuyck’s perspective, he received solid defensive performances in round one against the Edmonton Oilers but has been left out to dry several times against Montreal, forcing him to outperform his 4.32 expected goals against during five-on-five play.
As for Price, he’s also performed much better than his 2.62 expected goals against and also hasn’t faced nearly as much pressure in high-danger areas as Hellebuyck. With so much on the line during this next game, which could ultimately decide the winner of this series, both of these all-star goaltenders will be aiming to dominate through all three periods in hopes of providing their respective teams an opportunity to come away victorious.

The puck will drop at 5 pm CT – make sure to eat dinner in front of the TV – and be available on CBC/SN along with 680 CJOB.
Uncategorized
Recent articles from Thomas Hall