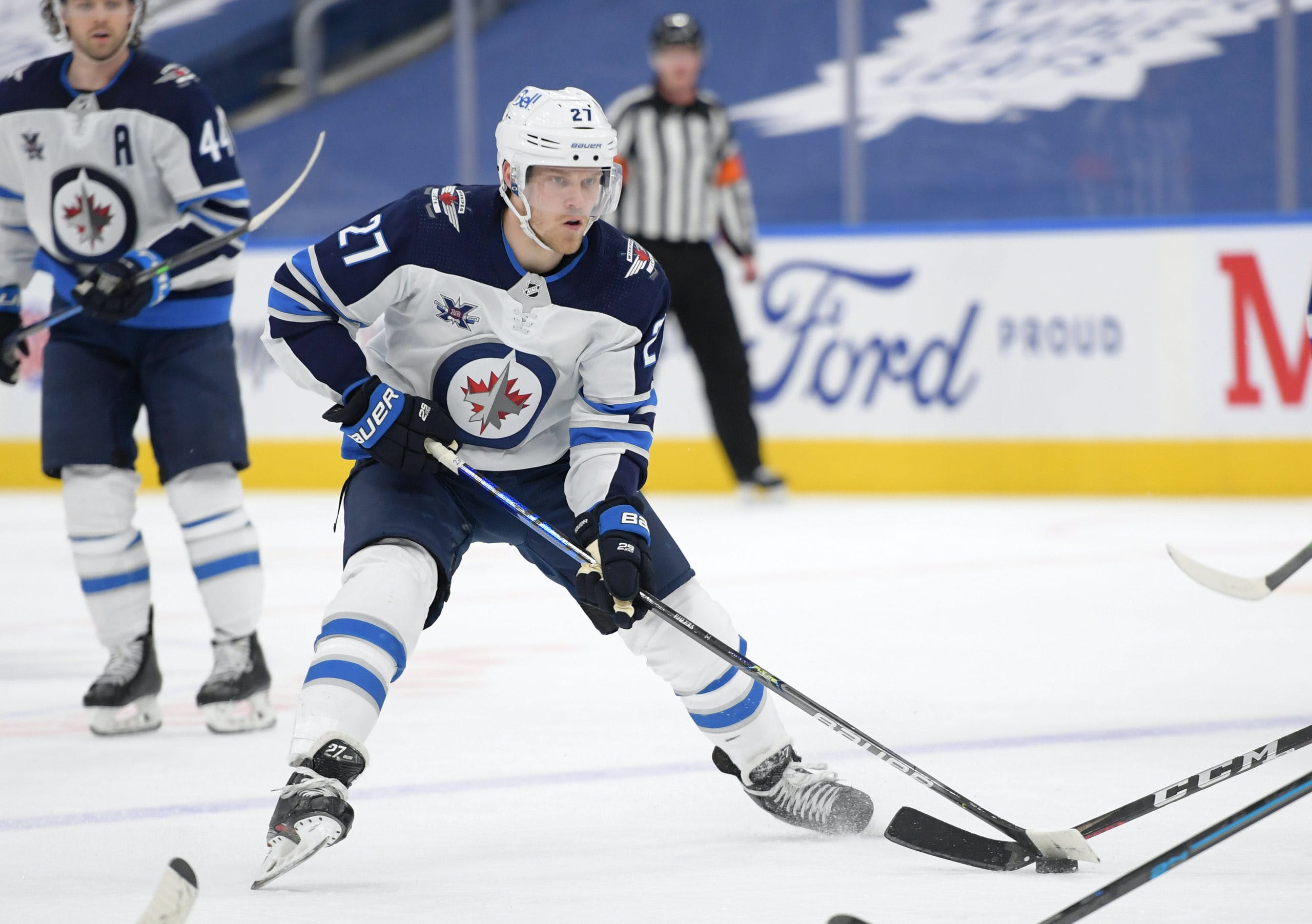 After picking up the puck in the Jets’ defensive zone and winding up for a rush behind his own goal line, the 25-year-old Dane carried it all the way over the Flames’ blue line before blasting a slap shot over the glove of goaltender @Daniel Vladar.

Here’s a link to the video on NHL.com; the Jets also tweeted out a GIF highlight of the goal on their official Twitter account:

Absolute heat seeking missile into the top corner of the net 🚀🎯

The score is currently tied 2-2 at the end of the second period. @Kyle Connor and @Neal Pionk picked up the assists on Ehlers’ marker; @Josh Morrissey scored the team’s other goal.

Ehlers scored 21 goals and added 25 helpers in 47 regular-season games with the Jets in 2020–21. He has four years remaining on his contract, which pays him $6 million per season.

Winnipeg will conclude its pre-season schedule in Calgary with a rematch on Oct. 8.