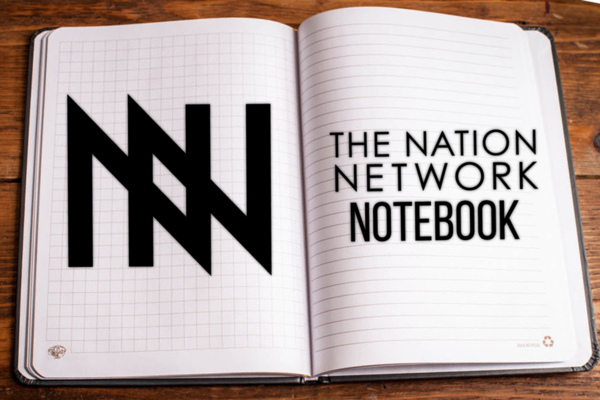 By Christian Pagnani
5 years ago
Comments
The Nation Network Notebook is a regular feature that rounds up interesting news, stories, and rumours from around the NHL that don’t quite deserve their own article.
Pittsburgh might not be able to last with this group of defensemen in the playoffs. Bobby Ryan is scoring! Jean-Gabriel Pageau is a playoff stud. Kevin Shattenkirk wants a bigger role and teams will be lining up to give it to him.

Pens were bad in shot differentials against the Caps but I did not anticipate this… https://t.co/movNNkzCmO

It’s hard to bet against Sidney Crosby and Evgeni Malkin, but Pittsburgh’s group of defensemen might finally be the weakness everyone expected it to be with Kris Letang injured. There are some decent defensemen left. Justin Schultz has rebounded nicely in Pittsburgh. Brian Dumoulin is a solid player who can log a healthy amount of minutes. Olli Maatta has had good moments in the NHL. They’re just missing that top guy like Letang to push them all down a slot.
Advertisement
Ad
Advertisement
Ad
Pittsburgh got out played by the Ottawa Senators of all teams. This isn’t to rag on Ottawa, they’ve been solid throughout the playoffs and any team with Erik Karlsson has a shot, but a more even fight was expected. Winning one on the road is huge for the Senators, and that leaky defense should be encouraging for Senators fans that are hoping to see their team return to the finals for the first time since 2007.
As for Pittsburgh, their best hope might be to insert Mark Streit into the lineup and limit the minutes of Ron Hainsey. This defense has already gotten them this far, so what’s another four wins? Although, Nashville or Anaheim awaiting them in the Stanley Cup Finals would be a very tough task ahead.

Advertisement
Ad
Advertisement
Ad
Bobby Ryan has 11 points in 13 playoff games after only scoring 25 points in the regular season. Yeah, his contract is terrible and the Senators should definitely leave him exposed in the expansion draft, but Ryan is contributing now and could be pivotal in reaching the finals.
His overtime winner was a thing of beauty and his playoff hot streak could have even greater implications if the Vegas Golden Knights feel like he can make a contribution despite his 7.5-million dollar cap hit. Ryan has five more years left after this season.

Jean-Gabriel Pageau is one goal behind Jake Guentzel for the scoring lead in the NHL playoffs. He’s a little more than halfway to Daniel Alfredsson’s playoff goal-scoring record, and might have a legitimate shot at it should the Senators win their series against Pittsburgh.
Advertisement
Ad
Advertisement
Ad
The scrappy utility forward is just behind Bobby Ryan in terms of scoring for Ottawa, but it’s also worth noting that he’s also a restricted free-agent this offseason. Pageau only had 33 points in the regular season, so you can’t rely on playoff scoring too much, but I’m sure it isn’t hurting his case for a few extra bucks this summer.
No one really expected the Senators to be here, but hot streaks from player’s like Pageau and Ryan are giving Ottawa a chance.

Shattenkirk said if he was to come back, he'd want a bigger role. Wants to be a No. 1 defenseman somewhere.

Kevin Shattenkirk’s playoffs are now over and with that comes questions about free agency and where he’ll end up next season. It’s pretty obvious there’s almost no chance he’ll return to Washington, he’s already talking about them like he’s not on the team, but he did say he wants a chance to be a number one defenseman somewhere.
Advertisement
Ad
Advertisement
Ad
The obvious thought is he’ll go the New York Rangers, as it’s been speculated all year, and slide in right beside Ryan McDonagh on their first pairing. The problem is Marc Staal and Dan Girardi make a lot of money and aren’t the players they used to be. The Rangers could probably shed Kevin Klein’s 2.5 million easily. Brady Skjei has two more years at a dirt-cheap price. Nick Holden is a serviceable defenseman for his 1.6 million cap hit.
The Rangers could probably fit in Kevin Shattenkirk and worry about the money later, but is there a better fit elsewhere? Shattenkirk could see how desperate Detroit is for a top blueliner. Toronto has a gaping hole on the right-side of their defense currently plugged with Nikita Zaitsev. Shattenkirk wasn’t interested in Edmonton last summer, but what about after they were only a couple goals away from the Conference Finals?
Advertisement
Ad
Advertisement
Ad
The Rangers have been long rumoured as Shattenkirk’s destination and should be able to accommodate his desire for a bigger role, but there would be many teams where Shattenkirk could slide in seamlessly.