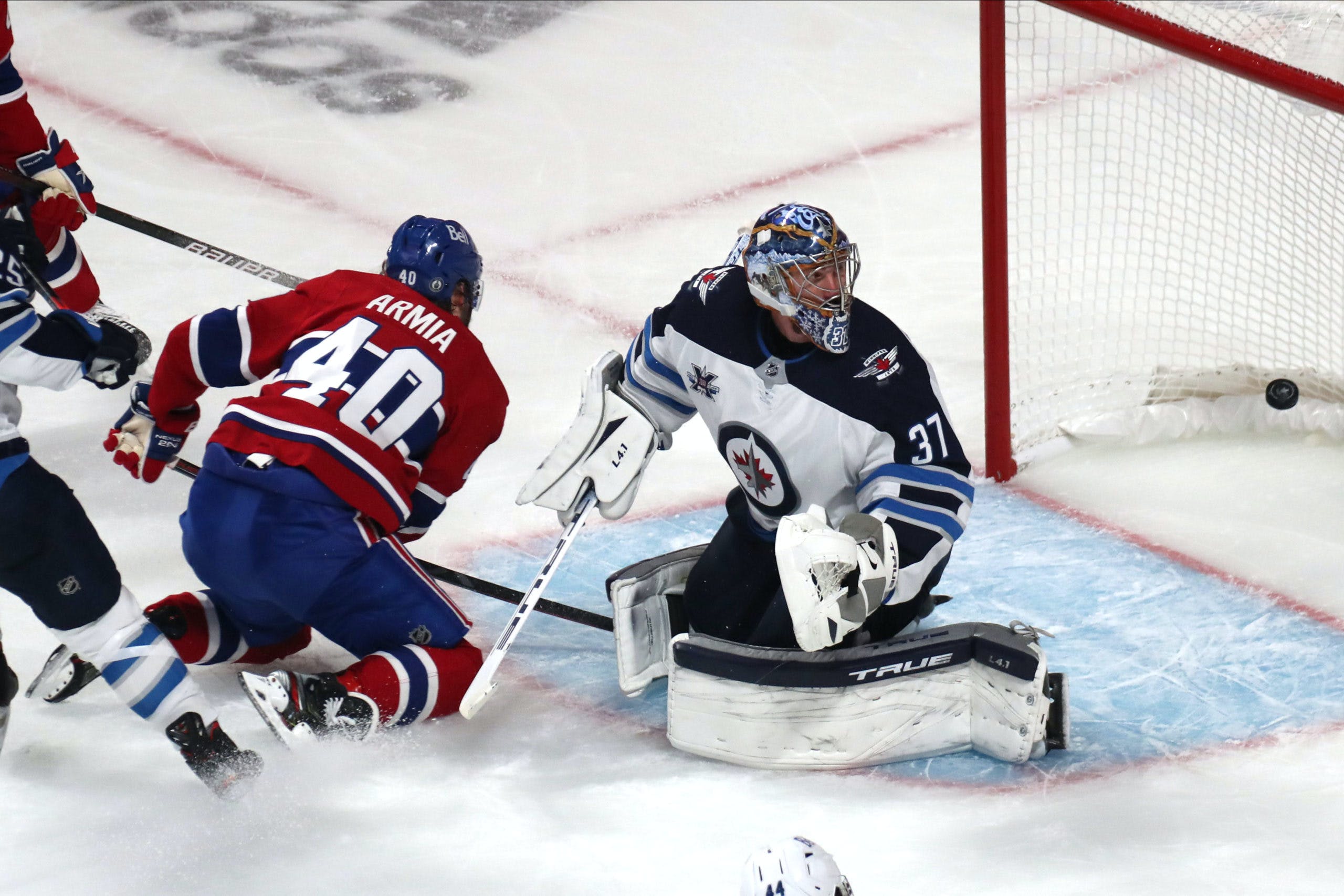 By David Quadrelli
1 year ago
Down 2-0 in the series, the Winnipeg Jets were looking to avoid going down to the brink of elimination, but that’s exactly what happened. Here’s what went down, and what the main takeaway from this one is:

The Jets got Paul Stastny back in the lineup and that was certainly a welcome addition, especially considering that they were without Mark Scheifele for the second game in a row.
Here’s how the Jets lined up for game three:

Roughly five minutes into the first, Corey Perry turned back the clock and beat Connor Hellebuyck for the game’s opening tally.
Montreal looked like the better team early on, but Hellebuyck was sharp and kept the Jets’ deficit to just one goal.
The Jets’ first great chance of the game came after Nik Ehlers rushed the puck up the ice and generated a partial 2-on-1. Andrew Copp found some open ice and blasted a one timer on goal. Sliding to his left, Carey Price made his first great stop of the game.
With just seconds remaining the clock, Kyle Connor made a sweet backhand pass to set up a one-timer for Blake Wheeler, who nearly beat Price.
This one remained 1-0 Habs after 20.

Connor Hellebuyck was the Jets’ best player by far. There were multiple instances when the Habs found way too much open ice in high-danger areas and managed to get some five-alarm chances off on the Jets’ netminder.
Almost every single time, Hellebuyck was up to the challenge.
The second period started with Cole Caufield creating two strong chances, but Hellebuyck was up to the challenge:
Shortly after the chance above, Ehlers created one of the Jets’ best chances of the period by shaking off Caufield at the Montreal blue line and finding some open space in the high slot. He did what has been so hard for so many players to do in these playoffs and got the puck past Price, but couldn’t beat the crossbar.
That darn crossbar.
It played a role once again just minutes after the Ehlers chance, as Blake Wheeler found iron as well. Wheeler thought the puck hit the back bar and celebrated like he had just scored, but it was clear that this one stayed out completely.
On the next play, the Canadiens took a two-goal lead after Artturi Lehkonen found a loose puck through a ton of bodies and sticks, and buried it past Hellebuyck.
The Jets were given a power play, and another chance to come back in this one, but squandered it in the worst way possible. The Jets gave up another odd-man rush and another shorthanded goal.
The Jets desperately needed a late spark before heading into the third, and they got it, as Adam Lowry capitalized on a cross-crease pass from Mathieu Perreault at 17:51

The Jets certainly had more pep in their step to begin the third and final frame, and spent more time in the Habs’ zone. They needed to start generating some chances, and most importantly, they needed to generate more traffic around Carey Price.
Connor had two grade-A chances on Price, but the Habs’ netminder was once again up to the challenge.
The Habs got another power play after Stastny high sticked Shea Weber, and Nick Suzuki quickly converted to make it 4-1 Montreal.
After this point, the Jets’ focus wasn’t so much on coming back, but instead trying to set the tone for game four and ignite a little more passion into this series. There were scrums after every whistle, and Jets ended up getting a power play as a result of one of these scrums.
Former Jet Joel Armia put the icing on the cake with the net empty to make it 5-1 Montreal.

A tale of team defence

Make no mistake, the goaltenders on both of these teams are both top tier. Price has been great, but he’s also gotten significantly more help than Hellebuyck has from the players in front of him.
This just isn’t good enough:
The Jets need to be better at both ends of the ice if they have any hopes of coming back and making this series interesting, but they especially need to tighten things up in front of their star netminder.
Game four goes tomorrow night in Montreal.
Uncategorized
Recent articles from David Quadrelli