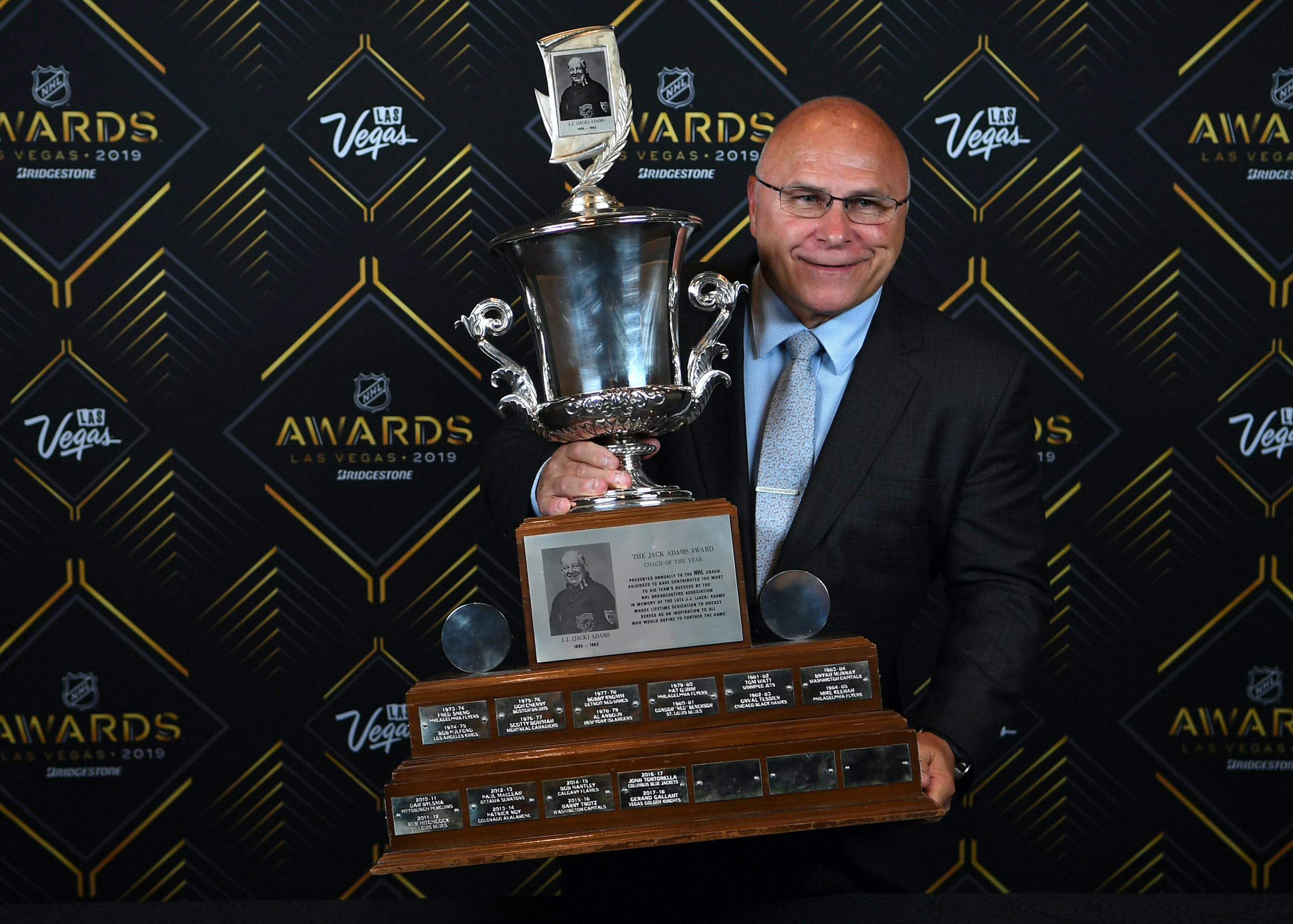 By Mike Gould
6 months ago
The Winnipeg Jets have interviewed Barry Trotz to fill their vacant head coaching position, according to a report by Sportsnet hockey insider Elliotte Friedman.
Trotz, 59, spent the last four seasons as head coach of the New York Islanders, leading them to the Eastern Conference Final in the 2020 and 2021 playoffs.
The injury-plagued Islanders missed the playoffs in the 2021–22 season, finishing fifth in the Metropolitan Division with a 37–35–10 record.
Islanders general manager Lou Lamoriello fired Trotz on May 9, replacing him with former assistant coach Lane Lambert a week later.
Trotz won the Stanley Cup as head coach of the Washington Capitals in 2018. He left Washington for the Islanders that summer, concluding his four-year tenure in D.C.; Trotz previously served as head coach of the Nashville Predators from 1998 to 2013.
In 1,812 career regular-season games with the Predators, Capitals, and Islanders, Trotz has a 914–670–60–168 record. He won the Jack Adams Award as the NHL’s top coach in 2016 and 2019.
The Jets relieved interim head coach Dave Lowry of his duties earlier this month. Lowry replaced Paul Maurice behind the Jets’ bench midway through the season, compiling a 26–22–6 record down the stretch.