WATCH: Schmidt rifles laser from the point past Reimer for first goal as a Jet 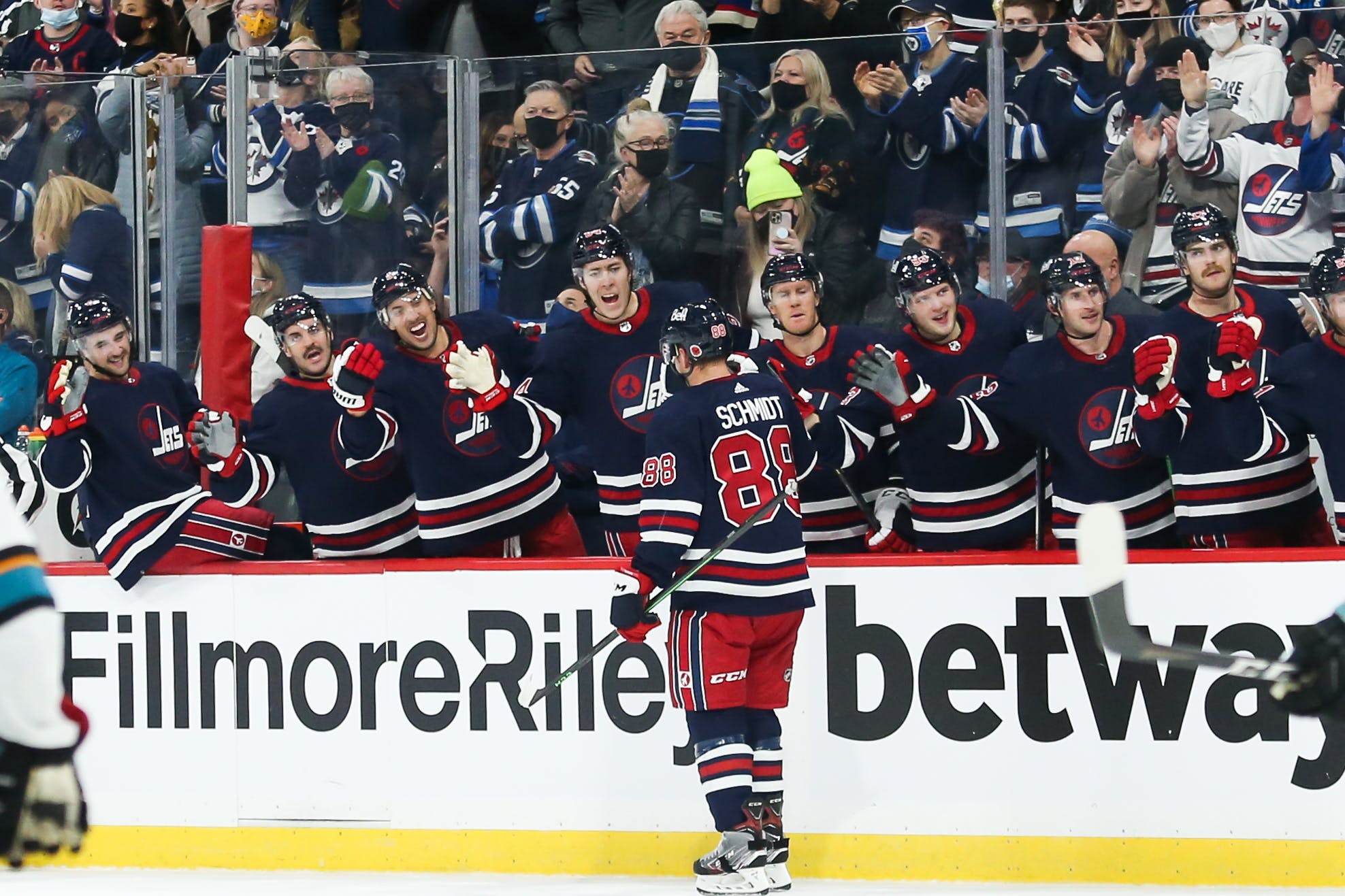 By Mike Gould
1 year ago
Winnipeg Jets defenceman @Nate Schmidt picked up his first goal with his new team late in the second period of Thursday’s game against the San Jose Sharks.
With the Jets in control of possession in the offensive zone, Schmidt received a pass from @Josh Morrissey and quickly one-timed the puck towards the Sharks’ goal.
Schmidt’s shot initially travelled along the ice on its way to Reimer but appeared to deflect off the Sharks’ goaltender before slamming off the crossbar and into the net. Morrissey and @Blake Wheeler picked up the assists of Schmidt’s first goal of the season, which gave the Jets a 2-1 lead at the 14:11 mark of the middle frame.
Here’s a GIF of the goal, as posted to Twitter by @spinohockey:
@Kyle Connor and @Jansen Harkins have also scored for Winnipeg, which leads San Jose by a 3-1 score early in the third period. @Andrew Cogliano has the only goal for the Sharks.
Winnipeg outshot San Jose by a 13-8 margin in the second period, bringing the total for the game to 28-20 (also in favour of the Jets). @Connor Hellebuyck has made 17 saves on 18 shots through two periods.
Entering Thursday’s game, Schmidt had nine assists in 12 games with the Jets in 2021–22. The 30-year-old defenceman now has scored 35 goals and 164 points in 463 career contests with the Washington Capitals, Vegas Golden Knights, Vancouver Canucks and Jets.
Uncategorized
Recent articles from Mike Gould