WATCH: Scheifele completes the comeback in OT with sizzling one-timer past Petersen 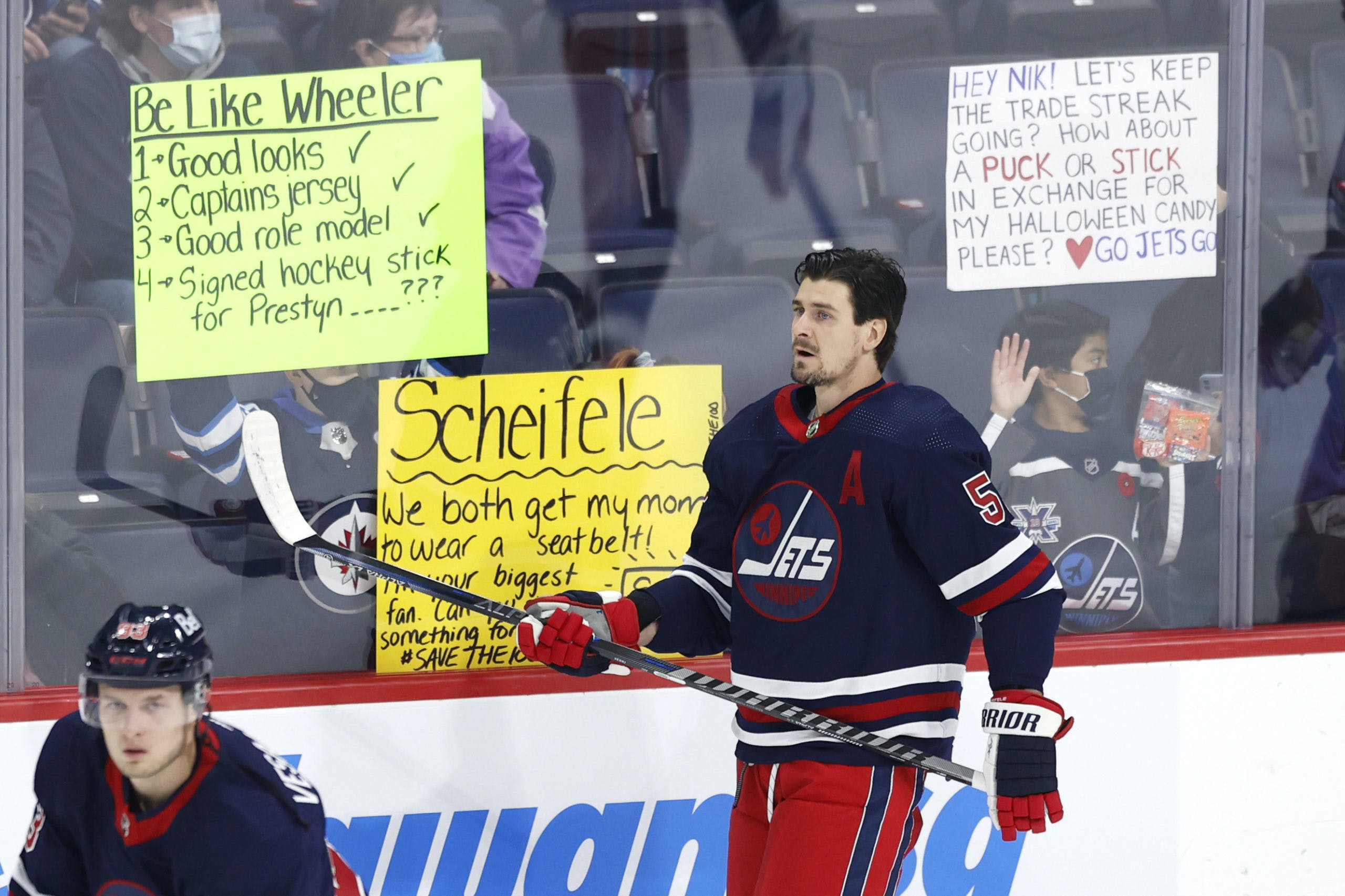 By Mike Gould
1 year ago
After falling behind 2-1 to the Los Angeles Kings in the second period of Saturday’s game, the Winnipeg Jets managed to tie things up late in the third before @Mark Scheifele scored to win the game in overtime.
Scheifele’s goal was his long-awaited first of the season. @Nikolaj Ehlers picked up the lone assist on the tally, which came just 32 seconds into the extra frame.
Ehlers started the play by carrying the puck all the way from the Jets’ own goal line into the offensive zone. He swung wide after crossing the blue line before finding an open Scheifele with a perfect pass.
Winnipeg’s first-ever draft pick immediately hammered a one-timer over goaltender @Cal Petersen’s shoulder to seal a second consecutive victory for his team. Here’s the video, as posted to Twitter by Sportsnet’s official account:
The Jets improved to 8-3-3 with the victory, snapping the Kings’ seven-game winning streak in the process. @Kyle Connor and @Dylan DeMelo also scored for Winnipeg in the win while @Carl Grundstrom and former Jet @Brendan Lemieux tallied for Los Angeles.
@Connor Hellebuyck made 27 saves on 29 shots for his fifth win of the season. Winnipeg will return to action on Nov. 16 to welcome the Edmonton Oilers to Canada Life Centre.
Uncategorized
Recent articles from Mike Gould