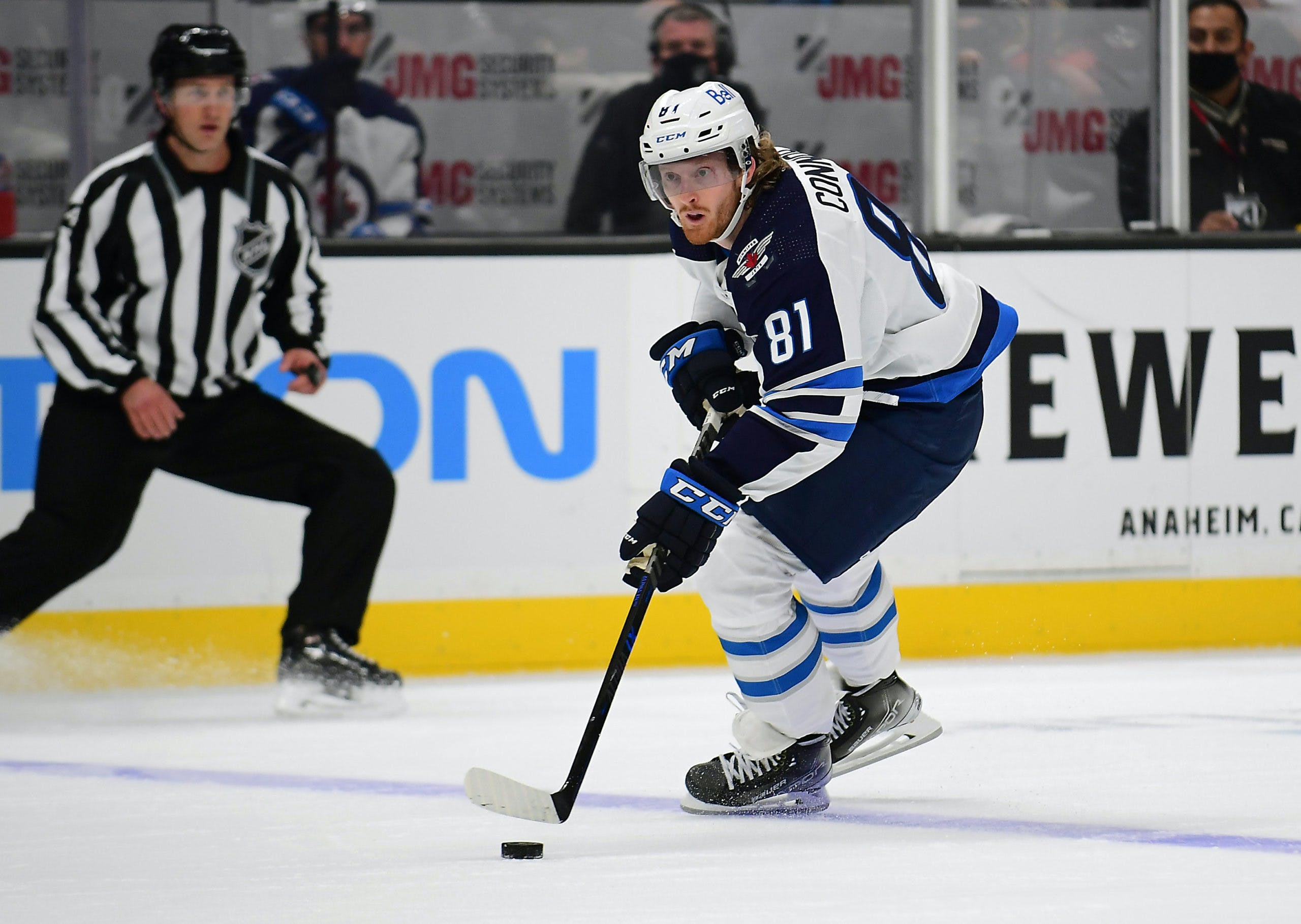 By Mike Gould
1 year ago
Winnipeg Jets forward @Kyle Connor opened the scoring for his team against the Minnesota Wild on Tuesday, picking up the puck after a missed chance at the other end and beating opposing goaltender @Cam Talbot with a wicked shot.
Moments before Connor’s goal, Wild star @Kirill Kaprizov had an outstanding chance to score his first goal of the season. The 24-year-old Russian danced around Jets defenceman @Nathan Beaulieu with a beautiful move before firing a hard wrister that @Connor Hellebuyck was able to deflect away with his blocker.
After @Mark Scheifele and @Andrew Copp teamed up to get the puck out of the Jets’ defensive zone, Connor skated with it along the left-side boards and unleashed an extremely hard shot from the left circle that beat Talbot under his blocker arm.
Here’s the video of the entire sequence:
Copp and Scheifele picked up the helpers on Connor’s second goal of the season, which came just 3:48 into regulation time. The 24-year-old Shelby Township, MI product scored again during the first period to give the Jets a 2-1 lead, although the score is now tied 2-2 in the first intermission.
@Mats Zuccarello scored Minnesota’s first goal of the game, with Matt Dumba and Kaprizov recording the assists. @Joel Eriksson Ek registered his team’s second marker of the contest, with Zuccarello and @Jared Spurgeon picking up the helpers.
Jets News
Recent articles from Mike Gould