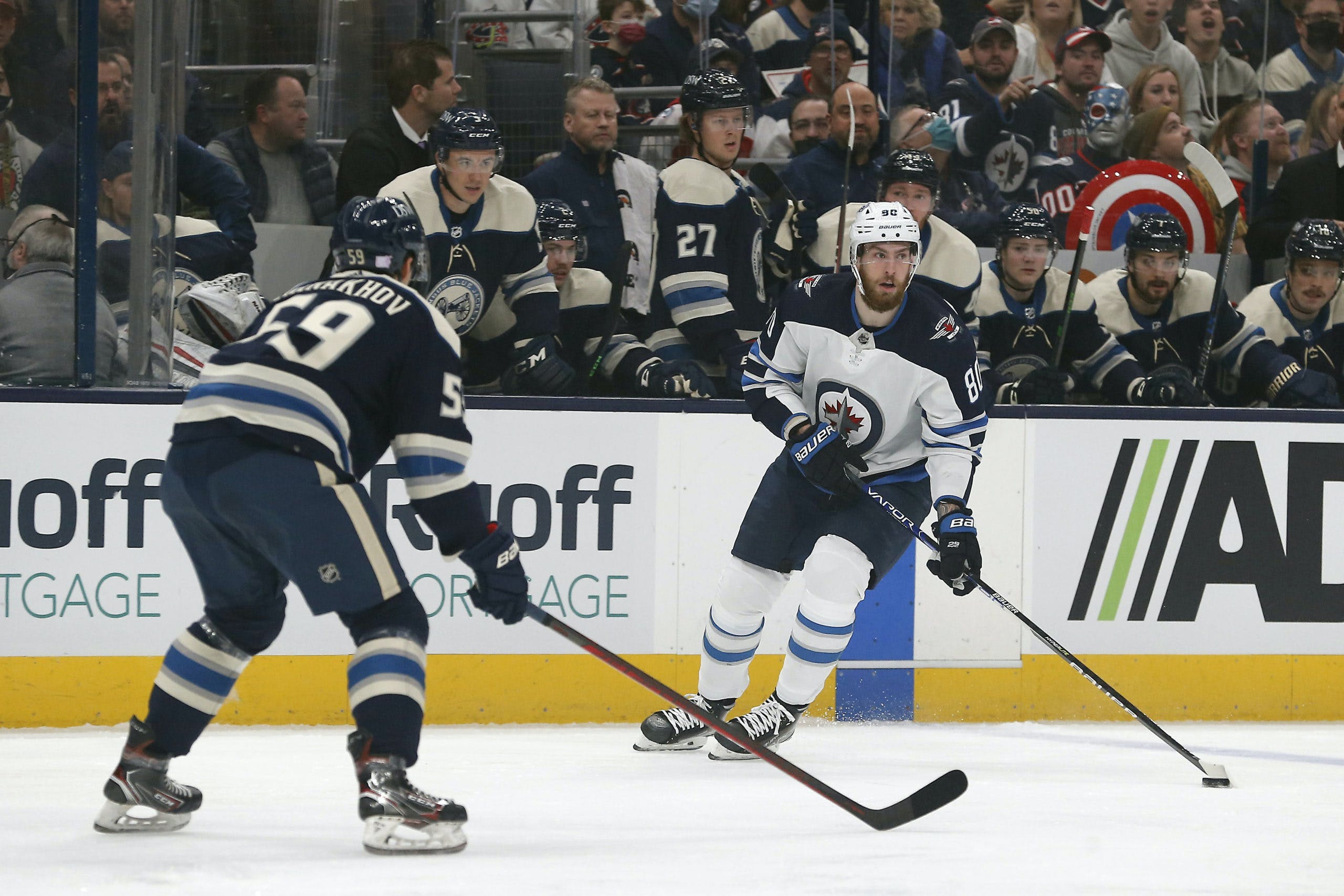 By Mike Gould
1 year ago
Wednesday marked the returns to Columbus for former Blue Jackets forwards @Pierre-Luc Dubois and @Riley Nash, who both now play for the Winnipeg Jets.
Dubois and Nash received decidedly different responses from the assembled faithful at Nationwide Arena in Columbus when they were shown on the video board during the first period of Wednesday’s Blue Jackets/Jets game.
Nash, who left Columbus amicably to become a Toronto Maple Leaf at the 2021 trade deadline, earned a smattering of polite applause and cheers from fans at the arena on Wednesday.
Dubois became a Jet early in the 2020–21 season shortly after requesting a trade out of Columbus. To put it mildly, he received a frosty reception at Nationwide Arena. More accurately, he was heavily booed.
Here’s the video of the tribute, as posted to Twitter by Hockey Hound:
Dubois appeared in 239 games with the Blue Jackets over parts of four seasons, amassing 66 goals and 159 points. Nash played 179 games in a Columbus sweater and mustered 10 goals and 33 points.
The Jets fell 3–0 in Columbus on Wednesday. Next up, they’ll travel to St. Paul, MN for a date with the Minnesota Wild on Friday at 2:30 p.m. CT.
Uncategorized
Recent articles from Mike Gould