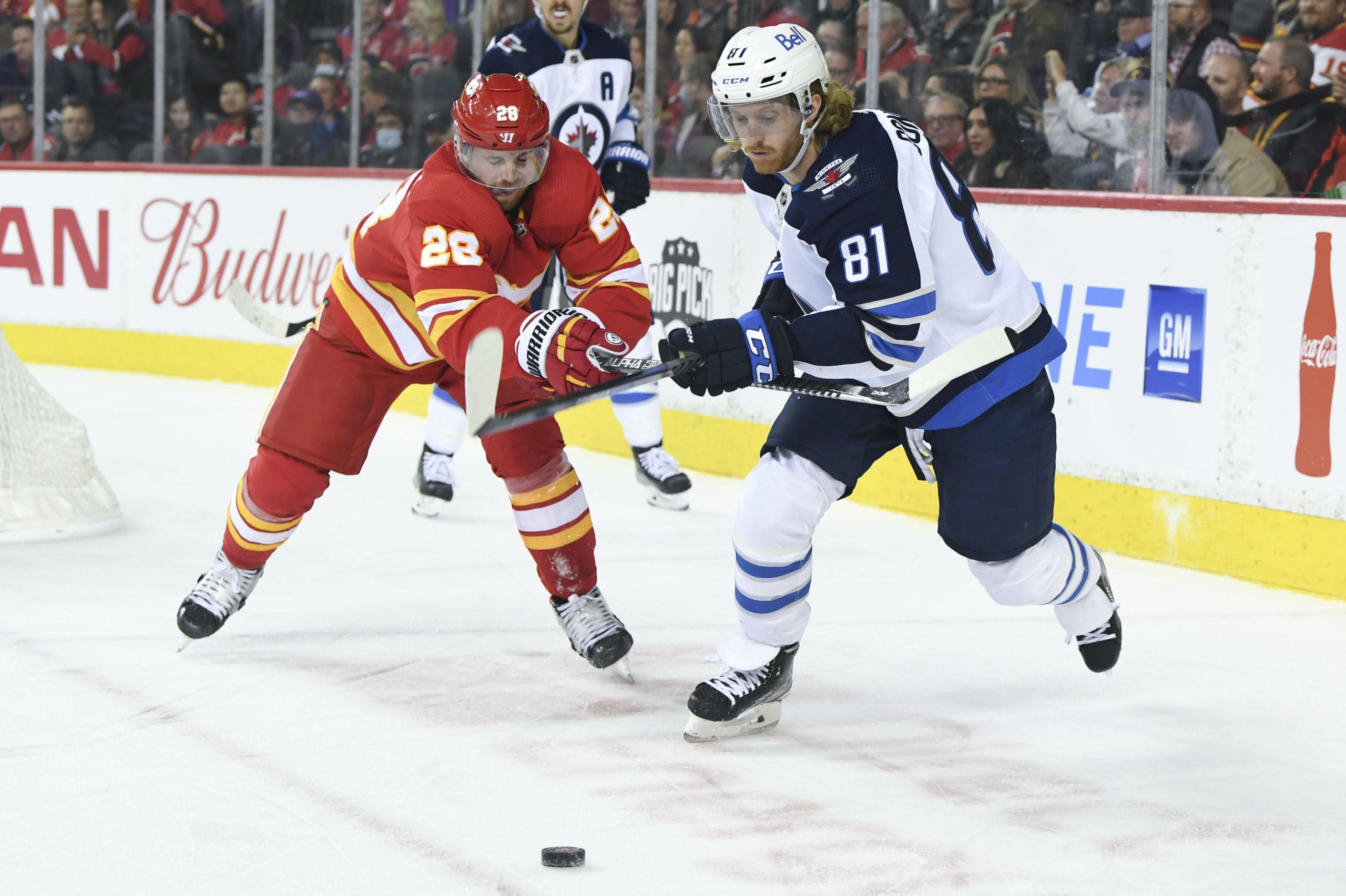 By Mike Gould
1 year ago
Winnipeg Jets forward @Kyle Connor sealed his team’s 4–2 victory over the Calgary Flames on Saturday with a clutch goal late in the third period.
Winnipeg and Calgary were tied 2–2 with less than five minutes remaining in regulation time when Connor entered the offensive zone on a rush alongside @Blake Wheeler and @Mark Scheifele.
Scheifele controlled puck across the blue line before finding a trailing Wheeler with a pass. The Jets’ captain managed to draw both @Noah Hanifin and @Rasmus Andersson toward him before sliding the puck over to Connor, who immediately one-timed it over the shoulder of Flames goaltender @Jacob Markstrom.
Connor’s 14th goal of the season — and his second of Saturday’s game — gave the Jets a 3–2 lead with just 4:51 remaining in the third period. Here’s the video of the goal, as posted to Twitter by Hockey Night Punjabi:
In addition to Connor’s two goals, @Paul Stastny and @Andrew Copp scored for the Jets on Saturday. @Matthew Tkachuk and @Elias Lindholm gave the Flames a 2–0 lead early in the first period before Winnipeg rallied with four unanswered goals to win the game.
The Jets improved to 10–7–4 with the win, snapping a five-game losing streak in the process. Winnipeg will return to action at home on Nov. 29 to play host to the 4–15–2 Arizona Coyotes.
Uncategorized
Recent articles from Mike Gould