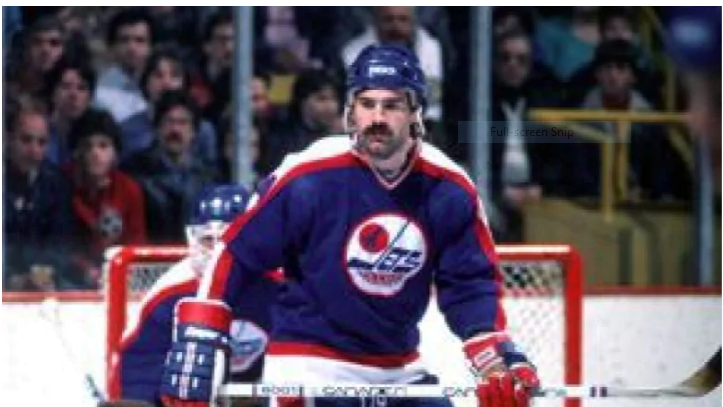 The 80s gave the world MTV, Mcdonald’s Chicken McNuggets and – for NHL fans – goals, goals and more goals. In hockey terms, the 80s were arguably the most competitive, exciting and fun decade in NHL history. The decade offered the perfect blend of increased goal-scoring, young talent and, for Jets fans, a plethora of high-flying talent. These are the greatest Jets of the 80s –

Modern NHL has shifted away from the classic stay-at-home defenceman and toward puck moving, offensive defensemen. By drafting Edmonton native, Dave Babych 2nd overall in the 1980 NHL Entry Draft During, the Winnipeg Jets appeared to be on the cutting edge of analytics. Babych was dominant during his Junior career, tallying 100-points for the Fort Saskatchewan Traders in AJHL and finished off his time in Portland with a consecutive 79- and 82- point seasons. Just a reminder that this is a defenceman’s stat-line, not a starting forward’s. As a teenager, Babych entered the league standing 6’2 and 215 lbs: he was built for the NHL. Unfortunately, despite Babych’s 44-point output in his rookie campaign, his first two NHL seasons with the Jets were rough and his -62 plus/minus rating had GM Ferguson questioning his defensive abilities.
The addition of Dale “Ducky” Hawerchuk lifted some of the burden off Babych’s shoulders. Jets’ fans were desperate for the playoffs and, had those failures been repeated after two painstaking years, Babych would likely have taken the brunt of the blame. Thankfully, in his sophomore season, Babych tallied 68-points and delivered Jets fans their first NHL playoff series…albeit a first-round knockout to the St. Louis Blues, but it was a start. In the following two seasons, Babych ended with 74- and 57- points, which earned him two consecutive NHL All-Star selections. In 1984-85 Babych was paired with another offensive, smooth-skating defenceman, Randy Carlyle. Combined with the Manitoba two-headed monster – Maclean and Hawerchuk – this powerful blueline led the Jets to their first playoff victory against the Calgary Flames. Unfortunately, even when combining the talent of the monster and Babych-blueline the Jets didn’t stand a chance against the 1980s Edmonton Oilers and suffered a heartbreaking loss in round-two. In spite of this loss, Jets fans had tasted the sweet elixir of playoff victory and had momentum heading into the following season. GM Ferguson felt differently. Although Babych tallied 16-points in just 19 games, Ferguson traded the 24-year-old, fan-favourite defenceman for 32-year-old forward Ray Neufeld of the Hartford Whalers. Good or bad, trades get etched into fanbases’ psyches, and this one went bad – really bad.

By all accounts, Babych was the leader in the hotel room, the locker room and on-the-ice. Coaching staff praised his leadership, his teammates loved him, and the fans adored him. Neufeld’s inability to find his footing in Winnipeg added to the criticism of the trade. To throw salt on the wound, Babych would go on to play 15 productive, impactful years in the NHL that included 53-points the season after his trade, and Neufeld was unable to reach the 20-goal mark. Following his playing career, Babych sued the Philadelphia Flyers and their medical staff for misdiagnosing an injury and offering painkillers that would allow him to play through the pain. Babych claimed this mistake caused irreparable damages that ended his career. After a lengthy court battle, a jury awarded him $1 million USD in damages and $350,000 USD in lost wages. This settlement rightfully forced NHL teams to re-evaluate decision making regarding the health of their players. This highlights that Babych left his legendary mark in Winnipeg, NHL policy and Hollywood, as he has been immortalized on the silver screen for his roles in Slapshot 2 and 3000 miles to Graceland. All-star to movie-star. This could only ever happen in the ‘Peg.
Twitter: Jonesinthezone