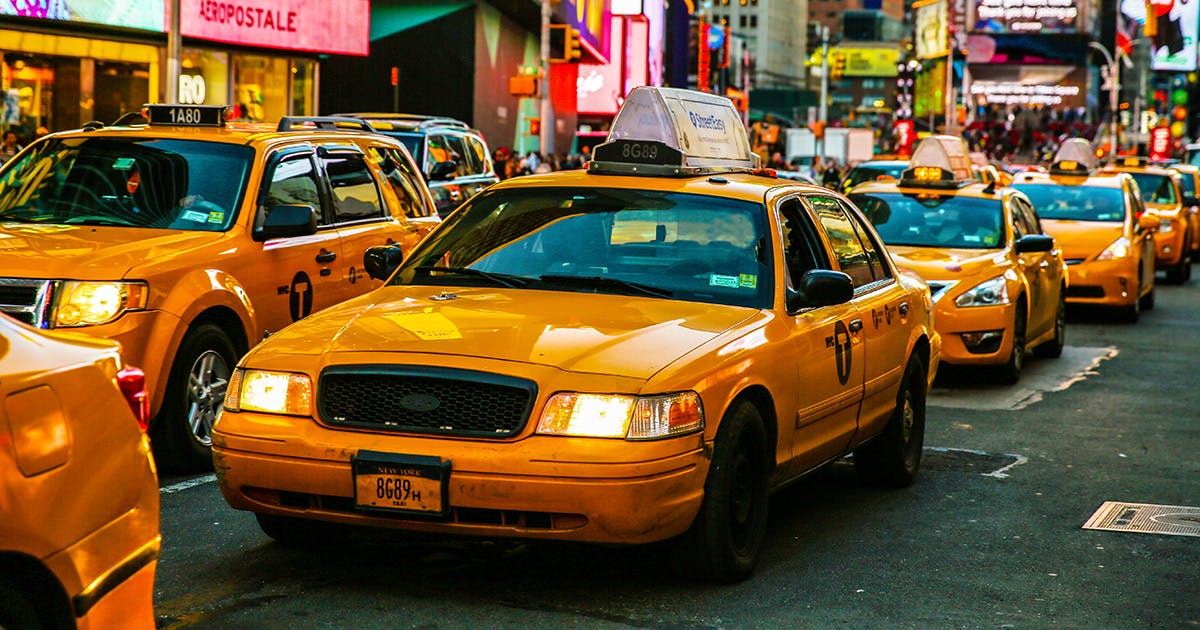 By Craig Jones
1 year ago
As we are well aware, this season CLEARLY isn’t going to be like any other. No pre-season, there’s only 56 games and a new caveat… ‘The Taxi Squad.’
The origin of this term dates back to the 1940s with the AAFC (All-America Football Conference) and its creator, Paul Brown. The progressive Cleveland Browns coach came up with the term while trying not to lose quality players to other teams in the league. Brown approached owner Arthur McBride to arrange ‘jobs’ for the players with the Zone/Yellow Cab Co and schedules so they could report to the practice facility to be involved with team activities. Voilà! The Taxi Squad was born. The delay of the upcoming AHL season and its overall uncertainty of being postponed indefinitely will make these decisions crucial to both the team’s success and player development as-a-whole. Alright, let’s get into the meat and potatoes of the Jets’ Taxi Squad.

Everything about COVID demands extensive protocols are put in place to protect everyone involved and this new wrinkle in the season is no different. Teams will be required to maintain a minimum of four players and a maximum of six. One goalie will be required on the Taxi Squad if the team does not carry three goalies on their active roster. Luckily, Taxi Squad members will be allowed to practice with the Jets, participate in team activities, and travel if the team deems it necessary. The cap hits will parallel playing in the minors, where if an injury occurs it will be treated the same. Notably, just as if the AHL was active, this will be a fluid situation all-year with players being sent down and brought up based on their performance, COVID protocols, and injuries. As we are amidst training camp, it is impossible to predict who Maurice and Cheveldayoff will assign to the Taxi squad prior to opening night on January 14th. But that doesn’t mean we can’t make a few predictions.

Let’s start in the crease –

Connor “Vezina” Hellebuyck will likely be between-the-pipes for 40-46 games this year, but who will be the primary backup? At first glance, you’d say that Lauren Brossoit will emerge from training camp as the clear No. 2. However, Mikhail Berdin has no intention of going down easy. “Birdy” – as he’s affectionately known amongst his teammates – has been making tremendous strides. Combine that with Brossoit’s less than stellar 2019-20 season, the No. 2 job will certainly be up-for-grabs to start the year. Unfortunately, the mandatory requirement to have at least one goalie on the Taxi Squad will likely force Birdy to fill that role to start the season. There’s a chance they keep all three goalies on the active roster and leave the Taxi Squad open for other talent, but that’s a risky play if a COVID mishap occurs among the three goalies. Whether Birdy is on the active roster or relegated to the Taxi Squad, Brossoit has to know that if he doesn’t perform in his first few starts, the Russian will be chomping at the bit to become the new No. 2.

The Jets know they will need their defense to perform better than they did last season, but the odds of seeing any drastic changes to the top-six are fairly low. Having said that, with guys like Sami Niku wanting to rebound after a season plagued with injuries and Neal Pionk trying to live up to his acquisition from New York, the competition will be fierce. And with young studs like Ville Heinola, Dylan Samberg, and Logan Stanley, that’s what makes the Taxi Squad selection so interesting. The Jets will be forced to juggle between depth and development within their younger D-men. To add to the conundrum, they have to decide whether they believe in their new signing, Derek Forbort’s ability to stay healthy and Jimmy Oligny will challenge for a spot during his PTO. This will be an interesting training camp for the Jets defense because, other than Josh Morrissey, there is no real certainty about who the top-six will be when the Jets host the Flames on January 14th.

It’s never ideal when two young forwards request trades prior to entering training camp. Luckily, Patrik Laine has been a professional and has shown up to training camp ready to help the team, Roslovic has opted to stay at home until a deal or trade is completed. The return of Mark Scheifele from injury and Paul Stasny completing his Winnipeg comeback tour basically etched the top-6 in stone. But the bottom-6 is certainly going to be the competitive focal point this training camp. The Jets brought in the veteran Nate Thompson for his face-off and defensive prowess and that will likely keep him on the active roster as the 4th-line center. However, the uncertainty of the Roslovic situation will leave the Jets to make a decision about their 3rd-line center. Competition is necessary in training camp and bringing in the veteran Trevor Lewis on a PTO could add that extra push to guys fighting for a spot. The odds that Lewis makes the active roster are minimal but, with his maturity and ability to stay in game shape without actually playing any games, he could be a solid addition to the Taxi Squad. We will have a much better idea of what the Taxi Squad will look like as we approach January 14th, but the Jets certainly don’t have a depth problem upfront.

The Taxi Squad has added yet another variable to a complicated season. The way the Jets start will definitely influence who they maintain at their disposal if they want a quick jolt to the active roster. Due to the immense amount of parity, the All-Canadian division will undoubtedly be one of the toughest. This means there will be little room for error and dropping points won’t be an option. The Roslovic and Laine saga will certainly affect the Jets’ mindset. Combine that with injuries, poor performance, and COVID, the Jets brass will have to constantly have their finger on the pulse. Regardless, the situation will be fluid and come with a steep learning curve. In the end, some teams may utilize the new factor better than others and that may be the difference-maker as we enter late March and early April.
Twitter:@Jonesinthezone
Uncategorized
Recent articles from Craig Jones